Travel Agents with a Side of Assassination

‘The Americans’ on FX
By Celia Wren
Television 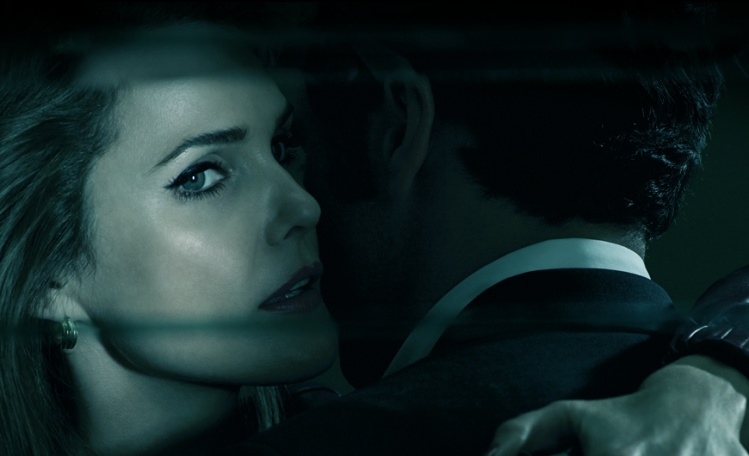 For years, the plotting in the FX series The Americans struck me as fun but implausible. The series, now in its last season, centers on two KGB agents operating under deep cover in the D.C. area in the 1980s. The Americans of the show’s title are an ostensibly mousy couple busy raising two kids in suburbia while running a travel agency. Behind the scenes, they are Soviet operatives conducting daredevil sabotage, espionage, kidnapping, and blackmail operations, not to mention frequent assassinations, sometimes with their bare hands. One storyline chronicled the smuggling of a grisly biological-warfare substance; another involved the bugging of the office of Secretary of Defense Caspar Weinberger.

Preposterous stuff! Or so I thought, until news broke in early March that Russia had managed to poison an ex-spy with a nerve agent on British soil (somehow the similar 2006 killing of Alexander Litvinenko had slipped my mind). That brazen assassination attempt, together with Russia’s interference in the 2016 U.S. election, makes the skullduggery practiced by Philip and Elizabeth Jennings (Matthew Rhys and Keri Russell) on The Americans seem less implausible. Maybe during the Reagan presidency KGB agents really were able to tootle around Washington, D.C., juggling myriad assumed identities with the aid of wigs and eyewear, without ever triggering suspicions. Maybe the Kremlin really did have an unlimited foreign real-estate budget that enabled it to secure countless safe houses in and around the Beltway.

In any event, even when The Americans has seemed most far-fetched, the narrative excesses have always been redeemed by the writers’ and actors’ flair for taking it seriously. Philip and Elizabeth respond to each crisis with appropriate wariness and gravity, frequently discussing their work in the kitchen while making dinner, out of earshot of their kids, Paige (Holly Taylor) and Henry (Keidrich Sellati). Paired together for purely professional reasons in their native Russia, Philip and Elizabeth have gradually developed a real marriage, and the glimpses of their day-to-day family life give the show a powerful emotional pull.

That seriousness and maturity make it easier to relate to the show’s concern with values and moral dilemmas. Patriotism fueled Philip and Elizabeth’s decision to become spies, but they also seem to have been motivated by a yearning for worldwide justice—goals they think the Soviet Union can advance. Still, as they pursue their calling—killing people and ruining lives—Philip and Elizabeth often appear to be asking themselves whether the end vindicates the means. Last season, for instance, they had misgivings about a plan that involved coaxing bullies to torment a Soviet defector’s son—the goal was to goad the defector’s family back to the U.S.S.R. They rushed to check up on the boy, nearly giving themselves away.

Maybe the Kremlin really did have an unlimited foreign real-estate budget that enabled it to secure countless safe houses in and around the Beltway.
sharetweet

Philip in particular has grown repulsed by the violence his work forces him to commit. He has also been tempted by American sources of satisfaction. He flirts with the quasi-cult EST and plays squash with Stan Beeman (Noah Emmerich), a neighbor and FBI agent. In season two, Philip buys a new Chevrolet Camaro, appalling his wife, who despises consumerism. “Don’t you ever like it?” he asks her about capitalism and consumer goods. “It’s nicer here. It’s easier. It’s not better,” she retorts.

Nurtured on Soviet values, including atheism, the Jenningses fret when teenage daughter Paige becomes an enthusiastic Christian. “They get them when they’re children. They indoctrinate them with friendship, and songs, and cute boys cooing about Jesus…. The opiate of the masses!” Elizabeth sputters to her husband in private after Paige has joined a church. Still, she and Philip attend Paige’s baptism. The parents try to be supportive of their daughter—and they know how to put on a façade.

The Americans follows The Sopranos, Mad Men, and Breaking Bad—all dramas that depicted apparently bland suburban lives built on scandalous deceptions. Such deceptions endure in the social-media era; no matter how much we overshare on Twitter and Facebook, there’s still a discrepancy between the part of our lives we choose to present and the part we keep to ourselves. Headlines threaten the death of privacy, but we all still have our secrets. And even the most successful among us sometimes feels like a con artist.