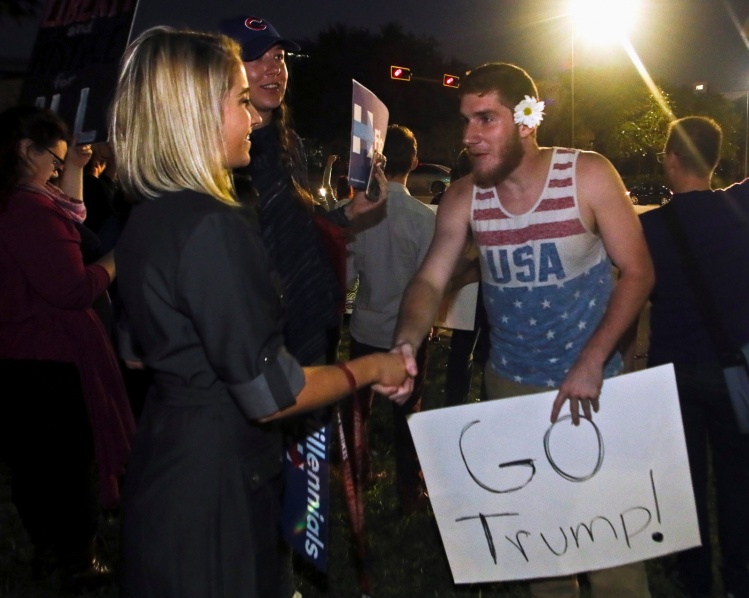 A David Brooks column, “The Failures of Anti-Trumpism,” poses a quandary that bedevils many of us who regard Donald Trump’s presidency with appalled disbelief. The quandary concerns not how to view Trump himself, but rather his supporters.

In the aftermath of Trump’s shocking victory, Democrats of all varieties struggled to understand the catastrophe and figure out how to undo it. One strand of response counseled listening more sympathetically to those Americans who are Trump enthusiasts. Staunch liberals, from Mark Lilla to Nicholas Kristof to  Thomas B. Edsall, have urged us to hearken to the plight of Trump’s white working-class voters and to reconfigure the Democratic Party and its priorities accordingly. A full three months before the election, Edsall worried that anti-Trump Democrats were becoming “a cosmopolitan elite” that has “abdicated” to “hyper-globalization and market fundamentalism”—what sociologist Robert Putnam calls a party of “liberal cosmopolitans... increasingly disconnected from working-class America.” Such critiques represent what might call the “Hillbilly Elegy” wing of the liberal commentariat.

I find myself careening wildly between this self-questioning, conciliatory point of view and a starkly polar impulse—the desire to get in the face of Trump supporters and shout, Are you out of your freaking minds? As each day further confirms the view of a narcissist, demagogue, grifter, and bully—and liar—in the White House, one feels a gaping disbelief that Trump supporters don’t, can’t, or won’t see it. Racism, xenophobia, sexism; ignorance, heedlessness and violence: it’s as if someone prepared an amalgamation of our worst traits, attached some bad hair, and tossed it into the Oval Office.

David Brooks says: enough with all the name calling. Not because it is wrong, necessarily, but because it won’t help. “Over the past year,” he begins his column,

those of us in the anti-Trump camp have churned out billions of words critiquing the president. The point of this work is to expose the harm President Trump is doing, weaken his support and prevent him from doing worse. And by that standard, the anti-Trump movement is a failure.

This failure, Brooks argues, reveals itself in the inability to persuade Trump voters that they were wrong. Nearly 90 percent of registered Republicans assess Trump positively. His core supporters, if anything, are even more thrilled now than on election day. “I almost never meet a Trump supporter who has become disillusioned,” Brooks writes; “I often meet Republicans who were once ambivalent but have now joined the Trump train.”

Why have liberals and never-Trumpers failed? It’s our attitude, Brooks asserts, and specifically our “tendency to be insufferably condescending.” He cites surveys showing that Americans who revile Trump typically see themselves as open-minded and independent, while dismissing Trump supporters as “closed-minded, change-averse and desperate for security.” According to Brooks, such views constitute “an epic attempt to offend 40 percent of our fellow citizens by reducing them to psychological inferiors.” This is not merely tactically misguided, in his opinion, but—as matter of explanation for the Trump ascendancy—plain wrong. “The main reason Trump won the presidency,” writes Brooks,

is that tens of millions of Americans rightly feel that their local economies are under attack, their communities are dissolving and their religious liberties are under threat. Trump understood the problems of large parts of America better than anyone else.

Brooks concludes that we who oppose Trump need to change tactics. Citing an opinion piece by Italian economist Luigi Zingales, “The Right Way to Resist Trump,” which draws on the experience of Italy under Silvio Berlusconi, he urges us not to fixate on the Trump and his benighted personality—“that will just make Trump the people’s hero against the Washington caste”—but rather to “focus instead on the social problems that gave rise to Trumpism.”

I get that. And yet... how not to focus on the man? Brooks’s implication notwithstanding, this is no mere question of “personality.” I get that all the time from some of the Trump supporters I know. “I’m not crazy about all his bluster,”  one tells me. “But I really don’t care much about personality in a president.” To say this, however, is to trivialize “personality,” as if it were a mere flavor preference, and opposing Trump a mere matter of distaste. It is not. To grasp why, we have to recognize that this president blurs the line between the personal and the political in novel and unprecedentedly damaging ways. His secrecy about his business dealings, along with his nepotistic installation of family members in the inner ranks of his administration, have inserted a whole new dimension of ethical complication into the office. His ceaseless tirades against the judiciary and the institutions of his own government have raised the prospect of constitutional crises unseen since Nixon and Watergate. And his belligerent rhetoric on all fronts, far from being merely ugly (though it is that), has eroded norms and traditions of governance and leadership that a nation like our requires in order to maintain not only civility, but democratic function itself.

Not personality, then, or mere style—but character, capacity and judgment. Concerns about his lack of such are compounded by the entirely rational worry, as many have noted, that Trump’s default paranoia and sense of grievance are currently being inflamed to a potentially dangerous degree by the ongoing investigations of him. When he rants about the FBI’s seizing of his lawyer’s records as “disgraceful” and “an attack on our country,” and condemns this lawful action as “breaking into” the office, do you take it as just Trump blowing off steam, not to be taken seriously? Or rather as a sign of a level of personal instability that is alarming in the leader of the world’s greatest nuclear power?

I would further say to Brooks, beyond the social problems that gave rise to Trump, what about the political problems that he is causing, day after day? In a sense, Brooks is correct to say that focusing on the man and his personal egregiousness is a distraction—from the ongoing conservative makeover of American governance Trump has led, moving his cabinet and circle of advisors ever more rightward, gutting regulations and regulatory agencies, backing off enforcement of civil rights and environmental law, stocking the judiciary with right wingers, and on and on.

Not to mention the ominous drift toward authoritarian governance that he represents. Or the way in which his relentless assault on the very idea of truth,  pursued via his attacks on journalists and his incessant complaints about “fake news”—has ramped up a cynicism that erodes civic discourse—and gives encouragement to similar attacks by illiberal leaders abroad.

What never wavers is my sure sense that Trump represents a new and toxic strain in our mainstream politics, and that as such he must be described straight on, and denounced straight on. But what then? Kristof’s first op-ed after the Trump election was titled, “Trump’s Voters are Not the Enemy.” Yet often I think they are—if only by virtue of having cast their votes, as Roger Cohen wrote back then, for “disruption at any cost.”

Liberals—both politically, and in their hearts and minds, have a choice. Down one path lies diplomacy, accommodation, and revision. Down the other is political war, and the imperative to vanquish and rule.

Which way should we go?