Toward an Ethics of Participation and Hope in Latin America: Catholic Theological Ethics in the World Church Convenes in Bogotá 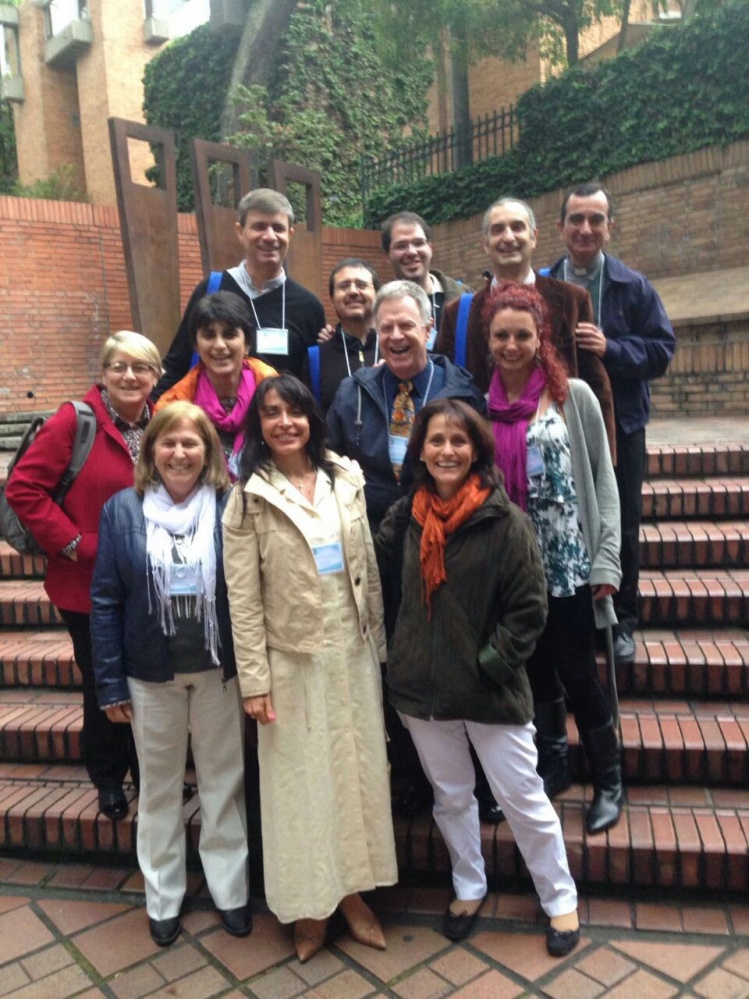 We just wrapped up a four-day conference here in Bogotá, Colombia brilliantly organized and realized by the indomitable Maria Teresa (MT) Davila from Andover Newton Theological School and Director of the Latin American Region of Catholic Theological Ethics in the World Church (CTEWC).

After CTEWC’s second international congress in Trento in 2010 where 600 Catholic theological ethicists converged from 72 countries, the Planning Committee of CTEWC decided to fortify the network by hosting regional conferences.  In 2012, the Nigerian Agbonghianmeghe Orobator, SJ, chaired the first Pan African Congress in Nairobi.  In 2013, the North American Regional Committee decided to engage their colleagues through a working group (2014-2016) at the annual meetings of the Catholic Theological Society of America.  In 2014, Roman Globokar (Slovenia) and Konrad Glombik (Poland) held the European Congress in Krakow.  In 2015, the late Yiu Sing Lúcás Chan, SJ, (Hong Kong) and Shaji George Kochuthara, CMI (India) organized the Pan Asian Conference in Bangalore.

Here in Bogotá, Davila worked with two professors from the spectacularly hospitable and beautiful Javeriana University, María Isabel Gil Espinosa and Alberto Munera, SJ.  Together they invited roughly one hundred Catholic ethicists from more than twenty countries.   While the shared identity of Latin American theologians provided the background, the organizers brought to the foreground the differences from each part of the continent by inviting nine distinctive national voices to speak.  Despite some similarities, the challenges and hopes in contemporary Brazil are considerably different from those in Chile, Colombia, or Cuba.  No where was the difference heard more than when Luis Jesús Paz Acosta from El Salvador spoke about the urgent struggles with gangs, while Javier Menocal acknowledged the absence of such phenomenon in Nicaragua.

Differences across Latin America were remarkable.

The conference sponsored 12 plenary papers and more than 60 other concurrent presentations on such themes as gender, sexuality, human trafficking, de-colonization, immigration, Laudato Si’ and sustainability, Amoris Laetitia and the family, poverty, unemployment, drug use, aesthetics, and the primacy of conscience.  Besides Paz’s riveting paper on gangs, high points included María Verónica Anguita Mackay (Chile) on bioethics and how (poorly) mass media communicates on such urgent contemporary issues, Miguel Sanchez on corruption in Mexico, and María Isabel Gil Espinosa, who works at an AIDS clinic here in the capital and closed the conference with a passionate and critical summons for a more inclusive, closer-to-the-ground attention to human suffering across the continent.

MT Davila who headed the Latin American Region for the past six years has decided to step down as director so as to become the first director of our social media communications.  Emilce Cuda (Argentina) and Elio Gasda, SJ (Brazil) succeed her.  Their first task is to publish the plenary papers along with 15 selected concurrent papers with the Javeriana University Press’ on-line publications.  After that they will lead the Latin American region in preparation for our third international congress to be held in Sarajevo in July 2018.  More on that later.