Too Warm, and Too Personal 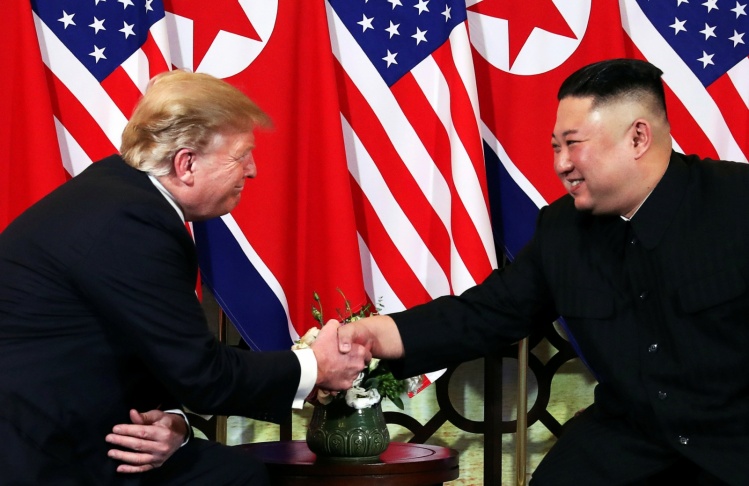 But Tuesday’s news narrative was dominated by President Trump and Joe Biden’s overlapping visits to Iowa, setting up the Cornfield Clash. So little else penetrated. As for Republicans, they long ago pawned their consciences and their integrity for tax cuts and judges. A dictator-loving president who has repeatedly attacked the FBI and the CIA hasn’t bothered them up to now, so why would this latest outrage make any difference?

Before he hit the trail, Trump spoke to reporters outside the White House and once more waxed rhapsodic about his love affair with North Korean leader Kim Jong Un. He was smitten by a “beautiful letter” he got from his dear friend who happens to have much blood on his hands.

“I can’t show you the letter, obviously,” Trump said. Why “obviously”? We are a democratic republic where the citizens have a right to know, right? Oops, I forgot, Trump doesn’t believe in that sort of thing.

He added that it “was a very personal, very warm, very nice letter.” Ah, love! And as if he were eying North Korea for a new Trump resort, the president declared: “North Korea has tremendous potential, and he’ll be there.” Kim is “the one that feels that more than anybody,” and underscoring just how wise the dear leader is, Trump concluded: “He totally gets it.”

Our country deserves to know what is really going on between our president and the gangster he used to call “Little Rocket Man.” Maybe someone at the CIA can tell us.
sharetweet

Then came the swipe at the CIA. Unprompted, Trump obliquely referred to the news that Kim’s half brother, Kim Jong Nam, who was murdered at the Kuala Lumpur airport in Malaysia in 2017, had been a CIA source, which was first reported by The Washington Post’s Anna Fifield in her book “The Great Successor.” Trump seemed bent on assuring his autocrat friend that he would never, ever try to spy on him that way.

Here’s what Trump said: “I saw the information about the CIA with respect to his brother, or half brother. And I would tell him”—the “him” meaning Kim Jong Un—“that would not happen under my auspices.” Really? Trump prefers to fly blind?

It appears we are so dulled to Trump’s daily disgraces that we’re letting this one pass. The president of the United States is effectively scolding our intelligence services for doing their jobs. He’s saying to an adversary: Don’t worry, I’ve got your back. Our terrible agents won’t trouble you again.

Not for the first time, we have to ask whether any allied foreign intelligence service can trust us with information—and what risks a would-be informant will take on our behalf. Such a source might well ponder if Trump would send a “very personal, very warm” letter to one of his dictator friends outing our covert ally. And how much information can our CIA share with our commander in chief?

Inadvertently, Trump, who spent a lot of time during his White House encounter with reporters trashing Biden, brought home the former vice president’s message of the day.

“The president,” Biden said in Ottumwa, Iowa, “is literally an existential threat to America.”

Anyone who has listened to Biden over the years knows of his deep affection for the word “literally.” But he is, literally, right to use it with respect to our president. Trump’s fondness for autocrats is not just a reflection of his deeply defective values. It leads him to behavior that is genuinely dangerous to the national security of the United States.

Biden had an excellent day on Tuesday. His criticisms of Trump were telling and clearly got into the president’s head. Biden could build on this with some rethinking. He should consider why so many are skeptical of his claims that a Trump defeat will lead to an “epiphany” among Republicans who would instantly rediscover their moral compasses. Leaving aside how obstructionist Republicans were in the Obama-Biden years, their refusal to take Trump on even when he coddles a communist thug tells us a great deal about how lost the GOP is. Biden should not pretend that his collegial nature and history with some of these guys will overcome very bad habits developed over a generation.

In the meantime, our country deserves to know what is really going on between our president and the gangster he used to call “Little Rocket Man.” Maybe someone at the CIA can tell us.