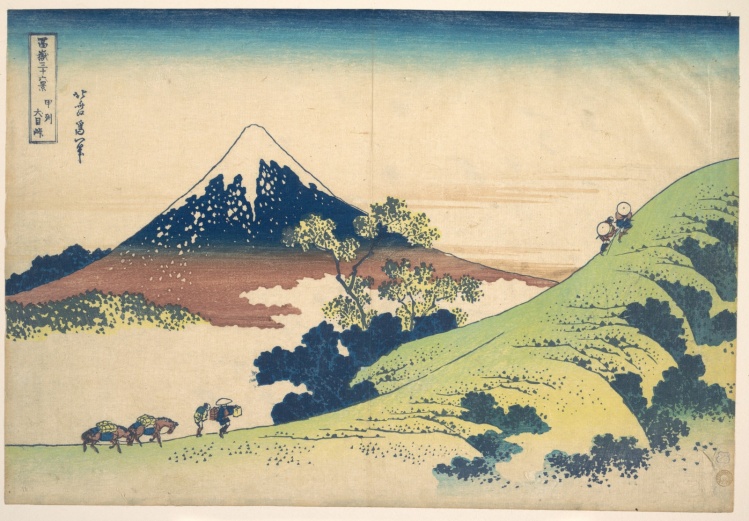 David Brooks eludes easy classification. To call him a journalist is the equivalent of calling Donald Trump a real-estate developer: the label may not be wrong, but it is thoroughly insufficient. A columnist for the New York Times, author of several bestsellers, regular participant in weekly NPR and PBS news roundups—did I mention his teaching gig at Yale?—Brooks is anything but an ink-stained wretch. He is our Walter Lippmann, positioned above the fray to tell us what it all means.

Brooks differs from Lippmann in at least two respects. He possesses a wry sense of humor, whereas Lippmann seemingly never cracked a smile. And while Lippmann distanced himself from his Jewish heritage, Brooks has never done so. He is thoroughly a Jew, albeit one whose personal Exodus story has now led him to become a kind of Christian as well. That’s the big reveal in “A Most Unexpected Turn of Events,” the twenty-first chapter of his new book, The Second Mountain.

As for the twenty preceding chapters and the several that follow it, I suppose it’s all a matter of taste, but I found them formulaic, preachy, and too pat. Skip them or skim them as you will. Yet linger over Chapter 21 with its moving and insightful account of the author’s own midlife spiritual awakening.

Even so, as a reviewer I am obliged to summarize and assess the balance of the book. The principal subject of The Second Mountain is joy. In simplest terms, it offers a handbook for seekers of joy, a quality that Brooks distinguishes from mere happiness. People who live on what he calls the “first mountain” are motivated by “some vision of prominence, pleasure, and success.” They are seeking happiness. For most of us, getting to the top of this first mountain is a lifelong quest. We never reach our goal. “The grand narrative of individual emancipation” turns out to be a hoax.

Some people, however, abandon this fraudulent quest and “rebel against the mainstream culture.” Finding themselves, “down in the valley,” their motivations radically change. They now “glimpse something bigger than personal happiness.” That something bigger is the “second mountain,” which promises a “moral joy” that comes from “shedding the ego and losing the self.” At the summit of the second mountain is life lived for others.

Brooks set out to write this book when he was himself “down in the valley.” His marriage of nearly thirty years was coming apart. His children were growing up and moving away. He was living alone. Changes in the American political landscape left him intellectually adrift. He felt “unplanted, lonely, humiliated, scattered.” So he set out to learn “how to do commitments well.”

In doing so, he discovered two things. First, the plight that afflicted him afflicts the nation as a whole. “For six decades,” he writes, “the worship of the self has been the central preoccupation of our culture.”

Capitalism, the meritocracy, and modern social science have normalized selfishness; they have made it seem that the only human motives that are real are the self-interested ones—the desire for money, status, and power.… The rot we see in our politics is caused by a rot in our moral and cultural foundations…. Our society has become a conspiracy against joy.

Yet second, amidst the rot, some ordinary Americans find ways to subvert this conspiracy and to ascend the second mountain. Brooks tells their stories. And from those stories—reinforced with dozens of inspirational quotations from not-so-ordinary personages, ranging from Dorothy Day and Bruce Springsteen to Leo Tolstoy and Mother Teresa—he constructs a taxonomy of joy, which, he says, is experienced on six levels: physical, celebratory, emotional, spiritual, transcendent, and finally moral.

This mania for breaking things down into discrete categories or components recurs throughout the book. The result is a bit like one of those glossy magazine articles promising “Seven Steps to a Better You” or “Ten Ways to Keep Love Alive.” So the culture of hyper-individualism, according to Brooks, rests on five “assumptions”: the buffered self, the God within, the privatization of meaning, the dream of total freedom, and the centrality of accomplishment. The failure of hyper-individualism produces “four interrelated social crises”: loneliness, distrust, a crisis of meaning, and tribalism. Ascending the second mountain begins with the renunciation of self and a “love-drenched, identity changing” commitment that yields four “benefits”: identity, purpose, a “higher level of freedom,” and moral character. This leads, in turn, to a “motivational shift” encompassing “six layers of desire” and producing “four commitments” of a different sort: to vocation, marriage, philosophy and faith, and community. As love evolves toward marriage, it follows identifiable “stages of intimacy”: from a first glance to curiosity to dialogue to “combustion” and then to “the leap,” before finally culminating in “fusion.” Making a marriage work for the long haul requires three things: “empathy, communication, and commitment.” And just when you imagine that the peak of the second mountain is within reach, there are four “walls” that can disrupt your journey, their effects mitigated by six “ramps” to keep you moving in the right direction. Brooks also offers a “Code of a Neighbor,” consisting of nine “common principles”—e.g., “We are enough”; “Village over self.” He then appends to the book a “Relationalist Manifesto” consisting of sixty-four articles. The concluding sentence captures the spirit of the whole: “Love emerges between people out of nothing, as a pure flame.”

Brooks grew up in a secular Jewish milieu surrounded by kids who were “implicitly Christian,” but without a concrete religious identity.
sharetweet

Except, that is, when it comes to Chapter 21. The Second Mountain’s longest chapter by far, the “most unexpected turn of events” to which the chapter refers is Brook’s own “pilgrimage toward faith.”

Brooks grew up in a secular Jewish milieu surrounded by kids who were “implicitly Christian,” but without a concrete religious identity. Concluding at an early age that God did not exist, he viewed religion as a matter of no more than “theoretical importance.” After Brooks and his first wife married (in a Unitarian church), she converted and embraced Jewish religious practices wholeheartedly. For Brooks, however, Judaism remained a tradition, rather than a religion. He was a “friendly supporter of faith but had none,” although conceding in retrospect that “the hound of heaven was nipping at [his] heels.”

The hound caught up in New York’s Penn Station. Brooks was getting off the subway “surrounded as always by thousands of people, silent, sullen, trudging to work in long lines.”

Normally [he continues] the routineness of life dulls your capacity for wonder. But this time everything flipped, and I saw souls in all of them. It was like suddenly everything was illuminated, and I became aware of an infinite depth in each of these thousands of people.

That summer, hiking in Aspen, Colorado, surrounded by natural beauty and reading from a book of Puritan prayers, he experienced “a sensation of things clicking into place, like the sound of a really nice car door gently closing.” He felt a sense of deep harmony: “that creation is a living thing, that we are still being created and we are accepted in it.” And with it came a sudden recognition that “there is an animating spirit underlying all creation.” After his visit to Aspen, Brooks writes, “I realized I was a religious person.”

He now embarked on a journey of spiritual discovery, encouraged by friends who among other kindnesses showered him with over a hundred copies of C. S. Lewis’s Mere Christianity. He also fell in love with and eventually married a devout Christian woman, who had been his research assistant and is twenty-three years his junior.

Today Brooks describes himself as more Jewish than ever and yet also Christian. “God’s covenant with the Jewish people is a real thing,” he writes. “On the other hand, I can’t unread Matthew.” He describes the beatitudes as “the ultimate roadmap for our lives.” Then this: “Jesus is the person who shows us what giving yourself away looks like. He did not show mercy; he is mercy. He did not offer perfect love; he is perfect love.” Does he believe in the Resurrection? “The simple, brutally honest answer is, it comes and goes.” As it does for many.

The Second Mountain offers a choice between Brooks the pop sociologist and Brooks the wayfarer. I much prefer the latter.

Out of One, Many?