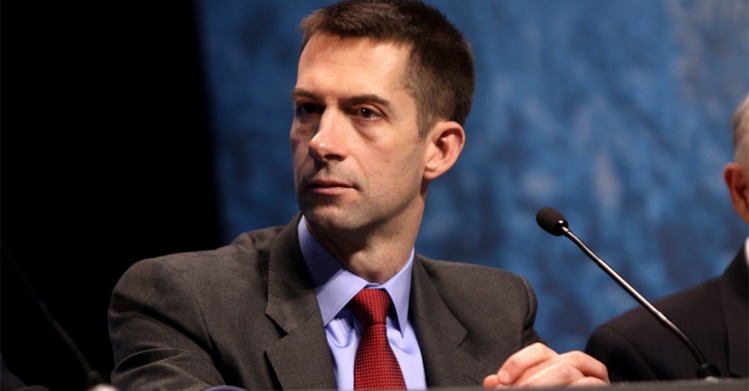 In March, when Sen. Tom Cotton (R.-AR) rounded up forty-six other senators to sign a letter warning Iranian leaders against agreeing to a nuclear-arms treaty with the Obama administration, the body politic gasped. Cotton was challenging a presidential prerogative. Just two months later, Cotton called for a vote on a poison-pill amendment to a bipartisan bill giving the Senate a role in examining any agreement with Iran. In order for the bill to pass, Majority Leader Mitch McConnell had to shut down the amending process. Another gasp: Cotton had disrupted the Senate’s regular order.

We may attribute increasing dysfunction in Congress to the Republicans’ disdain for President Barack Obama and their long-running effort to underfund and shrink government. But Cotton, Ted Cruz (R.-TX), and the Tea Party Caucus in the House of Representatives do what they do because they can. And they can because a cadre of lobbies and campaign donors support their antics undermining elected officials and legislative discipline.

Once it was the work of political parties to keep that from happening, to “recruit candidates, mobilize voters, and assemble power within the formal government,” as social scientist James Q. Wilson put it in 1962. In order to do their work, parties depended on the “clout” we associate with “machine politics” (think Tammany Hall or the Cook County Democratic Committee).

In reducing that clout, we have undermined the ability of political parties to organize effective governance, argues Jonathan Rauch in “Political Realism,” a recent Brookings Institution paper. “Loyalty is tenuous, interest is capricious, and ideology is divisive…they are no substitute for systematic inducements like money, power, prestige, protection, and the other stocks-in-trade of machine politics.” In sum, political leaders like Mitch McConnell and House Speaker John Boehner don’t have enough loyal followers—senators and representatives who depend on their party to get elected and who will generally vote with their party in order to produce legislation.

Rauch blames this state of affairs on reformers who have brought open primaries, sunshine laws, campaign-finance regulations, and the end of earmarks. These reforms may have reduced double-dealing and corruption, but carry “perverse consequences.” Primaries have not brought out voters. “Instead of opening decision-making…primaries have skewed decision-making toward the notably narrow, ideologically extreme, and decidedly non-representative sliver of voters who turn out in primary elections,” Rauch writes. An even more miniscule sliver of special interests and rich donors choose the candidates who run in primaries. Transparency has not achieved openness but rather paralysis: the ability of regulatory and legislative bodies to do their job requires not sunshine but a closed door behind which compromise can be reached. The end of earmarks has taken bargaining chips away from congressional leaders.

The reward systems of political machines and parties have been replaced by lobbying groups and rich donors. Sheldon Adelson, who kept Newt Gingrich in the 2012 campaign long after his sell-by date, is now among Sen. Cotton’s donors. Shadow operations, such as the Koch-funded Americans for Progress, bankroll get-out-the-vote efforts that were once managed by political machines and parties. AFP has some six hundred paid staff members in thirty-five states working to get out the vote for Koch-favored candidates, while campaign-finance rules require state parties to use volunteers.

Rauch’s appreciation for the old party machines is reflected in his paper’s subtitle: “How Hacks, Machines, Big Money, and Back Room Deals Can Strengthen American Democracy.” While he has diagnosed serious, perhaps fatal, problems with our current political arrangements, he seems to forget the complex ethnic framework that produced and maintained urban political machines. He acknowledges, then neglects the role media plays in elections. His solution: more money for party machines to compete with shadow machines and for individual candidates to compete against rich donors. But is more money really what the system needs?

Still, consider the alternative. What if the Senate had a hundred Tom Cottons each with his own agenda, his own advisors, his own donors, and his own rules? What if the House had 435 Cottons? Unthinkable? Not if Cotton’s stunts catch on. Not if we allow people like the Koch brothers to select our political representatives and tell them how to vote. Rauch is on to the problem, if not quite the solution.