‘Religion and the Rise of Capitalism’
By Daniel K. Finn
Economy
Nonfiction
History 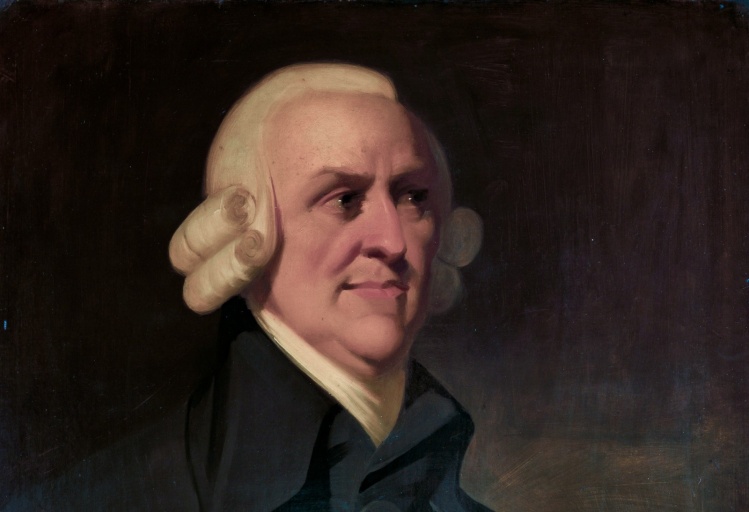 Benjamin M. Friedman is a macroeconomist at Harvard who has nurtured a lifelong interest in intellectual history. I was personally affected by his stature within the discipline seven years ago. I had invited him, eighteen months ahead of time, to participate in a conference on what social scientists had to say about the common good. He agreed, provided that another, yet-to-be-scheduled lecture did not interfere. Once scheduled, it did. The other lecture was to the Bank for International Settlements, based in Basel, Switzerland. Don’t try to open an account there. It’s the organization of heads of the world’s central banks—and they were turning to Friedman for advice. My misfortune was Europe’s gain. He reminded the central bankers of how Germany had received several rounds of debt relief after World War II despite criticisms of interwar German fiscal irresponsibility. He thereby helped to soften the German central bank’s harsh stand against debt relief for Greece, Spain, and elsewhere.

Friedman borrows the title for this splendid new book from a famous 1926 work by R. H. Tawney. Both an historian and a crusader for social justice, Tawney lamented the loss of moral criteria in humanity’s rush to increase the GDP. Friedman restricts his book to the history of ideas, though these certainly have implications for life more generally.

The book makes a wonderfully novel claim about the influence of religion on the unreligious genius of Adam Smith. Today, when so many have come to believe the historical error that science developed in opposition to religion, Friedman’s argument is refreshing.

First, consider Friedman’s account of Smith’s achievement. He did for economic life what Isaac Newton had done for physics. Newton, who died when Smith was a toddler, had transformed science by a theory of the physical world based on fundamental principles. Smith aimed to do the same for our understanding of the social world. His Theory of Moral Sentiments addressed the innate connections among humans, while his more famous Wealth of Nations presented a theory—founded on fundamental principles about human life—to explain both daily economic intercourse and long-term growth in economic prosperity. The most basic principle he relied on was “the natural effort of every individual to better his own condition.”

This effort generates “a propensity to truck, barter, and exchange,” which in turn leads to “the division of labor” (specialization), whereby people produce what they’re best at and trade for the rest of what they consume. And with specialization, people not only become even better at what they do but often invent machines that further increase their efficiency, raising their incomes while lowering prices for others. The wealth of a nation rises with the prosperity of its citizens.

This fundamental principle is rooted in the self-interest—“self-love” is Smith’s term—of both producers and consumers. “It is not from the benevolence of the butcher, the brewer, or the baker that we expect our dinner, but from their regard to their own interest.” Yet consumers need not worry about the power of producers, as long as competition exists. The baker can’t charge too high a price, or we’ll just buy our bread from another baker down the street. Here, Friedman indicates, was a theory of Newtonian character, based on simple first principles, that made descriptive sense of a very complicated economic life. As Friedman puts it, “Smith invoked no external influence, no mysterious change in human nature or behavior.”

So how was religion involved? There are four steps in Freidman’s argument. The first concerns the nature of the most fundamental scientific insights. Friedman relies on a variety of highly respected scientists who have explained the importance of a larger view of the world in scientific discovery. He quotes Einstein on the importance of a “worldview,” even for physicists: “Scientific thought is a development of pre-scientific thought.” What’s true for physics was true for the birth of modern economics.

The second step is to recognize the slowly evolving eighteenth-century conviction that self-interest can generate a larger good. Bernard Mandeville’s “Fable of the Bees” (1705) presented this view in raucous doggerel verse. Others in the eighteenth century observed the unintended consequences of much of human action. But no one before Smith presented a theory for why this happens. This theory came to be known by the image of “the invisible hand.” In Friedman’s words, “individual pursuit of self-interest channeled by market competition leads to unintended consequences of more general benefit.”

The influence of neo-Calvinism on Smith’s worldview occurred because of the integration in Smith’s day of all the strands of intellectual life that are now kept separate.
sharetweet

The third step of Friedman’s argument focuses on a transformation of Scottish Calvinism. British Protestantism generated the Westminster Confession (1646), which affirmed the basics of classic Calvinist theology: the total depravity of human nature after the Fall and God’s predestination of each individual, such that a life of sin could not cause the damnation of one who before birth was chosen for salvation, nor could a life of virtue save another who was not.

The late seventeenth-century Dutch theologian Jacob Arminius began a shift within Calvinism by proposing that an act of human will was involved in receiving God’s undeserved grace: one of the elect could reject God’s plan for his salvation. Friedman precisely traces these debates, interwoven with irruptions in British political history. The upshot was that eighteenth-century Scottish Calvinist intellectuals came to endorse three new ideas: the natural goodness of man, the efficacy of human freedom, and human happiness as a goal of creation, along with the glorification of God.

The final step of this argument is that Adam Smith was influenced by this neo-Calvinist worldview even though he didn’t share it. Smith said almost nothing about his own religious beliefs. The few scattered references to a higher being in his writings indicate that he was at most a Deist. His best friend, David Hume, was openly disdainful of religious faith, a fact that kept him from ever holding a faculty appointment.

The influence of neo-Calvinism on Smith’s worldview occurred, Friedman argues, because of the integration in Smith’s day of all the strands of intellectual life that are now kept separate in the various disciplinary departments of a modern university. Educated men from all walks of life used to meet together weekly over early afternoon “dinner” in social clubs. Smith was a founding member of the most prestigious of these in Edinburgh, the Select Society, which included Hume, but also five Church of Scotland ministers. Conversations at such dining clubs were wide-ranging and, Friedman argues, Smith would undoubtedly have been part of the lively discussions going on about shifts in the prevailing theology. Religious confidence in the effects of human efforts for self-improvement was in the air. As Friedman puts it, “Smith and his contemporaries were secularizing the essential substance of their clerical friends’ theological principles.”

The remainder of Religion and the Rise of Capitalism focuses on issues in the United States, tracing similar trends in Calvinist thinking and the influence of religion on economics. It is well known to historians but not to many others (including economists) that most of the founders of the American Economic Association were committed Christians aiming to implement the Social Gospel in economic life. Today, the 23,000-member AEA is thoroughly secular. As Thomas Kuhn pointed out, mature sciences have well-developed paradigms and are rarely influenced substantially by outside intellectual forces. Friedman recounts a fascinating history of the American debate on the economic implications of Christian faith that I don’t have the space to summarize here.

Friedman concludes with the shift in the United States from a nineteenth-century identification of much of Christianity with progressive economic policies to the post–World War II alliance between conservative Christianity and conservative economic policies. He explains how, for example, so many ordinary citizens today with no hope of leaving a bequest to their own children nevertheless oppose inheritance taxes on the wealthy.

This is an excellent book, destined to be discussed widely. Friedman’s claim about Adam Smith is that “the time was ripe for new thinking on self-interest,” and religious developments were part of that ripening. The evidence for this influence of religion on the father of modern economics is, admittedly, circumstantial. But, of course, this is what makes Freidman’s claim so impressive. If there were textual evidence for it, someone would have made the argument a century ago.

The synthesis that Friedman attributes to Smith may be grander than Smith himself was aware of. In the chapter where Smith argues that self-love motivates the daily economic services offered by butchers and bakers, he does not claim that competition will protect the consumer from their greed. Friedman makes this claim for him—as I do each time I teach the history of economics—and the claim is central to any moral approval of the market system. But we do need to ask why Smith doesn’t bother to say this.

Three hundred pages later, Smith observes that “the freer and more general the competition,” the greater will be “the advantage to the public.” But this occurs as the final sentence of a forty-page chapter on money and banking, which isn’t the place to catch the reader’s attention concerning the larger question. We may have to admit that despite our interest in the moral legitimation of the market system, and the importance of competition for that purpose, it just wasn’t a significant concern for Smith himself.

Friedman’s account of developments in Protestant theology is deft and precise. Catholic readers will recognize in it a move away from some of the fundamentals of the Protestant Reformation back toward a Catholic view of creation, personhood, and grace. Those familiar with Charles Taylor’s A Secular Age will enjoy Friedman’s analysis of the shifts in Calvinism as part of the long road to today’s secular individualism that Taylor outlines from the twelfth century onward.

This is a pathbreaking book. It will satisfy those interested in the role of religion in the modern world as well as those who simply want to better understand the history of ideas that have brought us to where we are today. Friedman has done both religion and economics a great service.