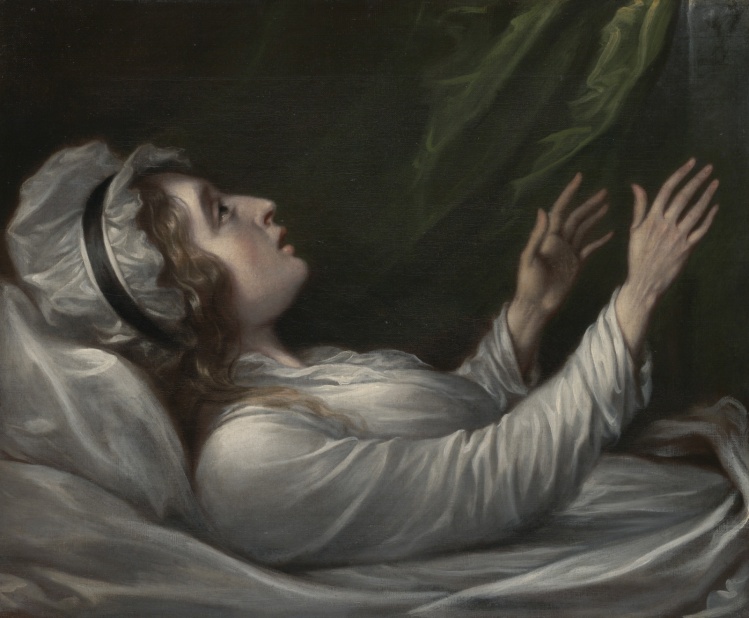 “If we have our own ‘why’ in life, we shall get along with almost any ‘how.’” In his famous Holocaust survival memoir, Man’s Search for Meaning, Viktor Frankl cites this quotation from Friedrich Nietzsche’s Twilight of the Idols. Frankl explains that he did not follow his fellow inmates who took their lives by running into the electric barbed-wire fences because he kept alive the hope of being reunited with his recent bride, Tilly. Unbeknownst to Frankl, there would be no reunion with his beloved. She, along with both of Frankl’s parents, was turned into smoke and ashes in the death camps.

Elaborating on Nietzsche’s wisdom, Frankl writes: “A man who becomes conscious of the responsibility he bears toward a human being who affectionately waits for him, or to an unfinished work, will never be able to throw away his life. He knows the ‘why’ for his existence, and will be able to bear almost any ‘how.’” Take note of Frankl’s “almost.”

Now, in my own fifth act, I look back and shake my head in wonder at how I survived some of my travails, many of them self-inflicted and none of them on the order of what Frankl suffered. But he and Nietzsche were right: when you are slipping into the abyss, purpose is a life raft, one that I clutched. There was, however, an additional something that kept me going in my younger days: I still harbored the bone-deep but unwarranted confidence that, no matter what happened, I had an open field in front of me. I had time.

If having a purpose—be it writing a novel, a bucket list of trips, or seeing your grandchild graduate—is your “why,” what happens when the floor falls out and the realization of all those shiny plans becomes impossible? Suppose, for instance, you have been looking forward to retirement, and two weeks after your office farewell party, you go in for the medical test you have been putting off. You make an appointment with the doctor, watch the clock in the waiting room, and thirty minutes later are called into her office. With a somber countenance and head hung low, she gently informs you that you are approaching your life’s horizon. You can read between her lines. The fact is, with the days left you won’t be able to do much except read or stare at the television during those moments when you are able to shake the death shudder and drag your mind off the mass quickly metastasizing in your brain.

To live a purpose-driven life when you can’t really do anything anymore is also a hard way to go.
sharetweet

Where then is the “why” that promises to give you the “how”? I like to think—and I stress the word “like”—that when illness or accidents permanently nail me to myself, I will at least be able to reach out and express care and love for others. And yet, I have been around enough deathbeds to know such subtly heroic acts of tenderness won’t come easily. Pain and hopelessness are a recipe for anger, agitation, and impatience. You might be able to put on a brave face, but try caring about the fact that your neighbor’s son has just been let go from his job when you are in the agonizing process of disappearing from the world. Then there is the green gorgon of envy. You may not be deathward bound but only incapacitated. Couch-ridden, the hearth of the boob tube always burning, you watch NFL players zipping around, but the only thought you can muster is: Why does the guy down the street get to run marathons in his mid-sixties, while I am two years younger and chained to the couch in the living room? Why me? Why am I forced to abide in this solitary prison of suffering and doom?

When the hammer of serious illness strikes, word gets around. If you are lucky, friends and neighbors are kind enough to deliver meals, but after a week or two of this you begin to feel you should somehow reciprocate. But how? This sense of being in debt is another lance in the side. You tell yourself, wisely, that accepting your neighbor’s hot-dish is an advanced lesson in the vulnerability of being human. Tolerating vulnerability is one of the pieties of today. You understand, but accepting acts of charity still feels sickening.

In a powerfully plangent tune, “Angel from Montgomery,” the late John Prine sings, “to believe in this living is a hard way to go.” Amen. To live a purpose-driven life when you can’t really do anything anymore is also a hard way to go.

My long-ailing mother had a hard way to go when she took herself off all meds and let herself die. Suffering from severe arthritis osteoporosis, she had been prescribed a medication that caused both her hips and shoulders to fall out of their joints. Because of her frail condition, they could not be put back in place surgically, and she resolved to let go of life. My memory of those darkling days and nights is foggy but, as I recall, it took almost two weeks for her to die.

Just as she started knocking on heaven’s door, my mother called her grandchildren to her bedside, put her bony hands on their heads, and chatted with them. She was careful not to scare them but also wanted to let them know what good people she thought they were becoming. A few days later, after all the goodbyes had been said, she turned her head to me and, with a wisp of a grin, remarked, “Dying is not like it is in the movies.” Still, until the curtain of consciousness came down, my mother sustained her “why” of trying to remain a loving person and one faithful to God. It has long been taught that one of the most important lessons we can teach our children is how to die. My mother was a virtuoso teacher. We’ll see what kind of student I was. I hope—no, I pray—I can maintain the “why” even when the circle of my “hows” has shrunk to the size of a pinhead. 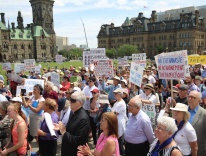