‘A Defense of Judgment’
By Nate Klug
Literature
Higher Education 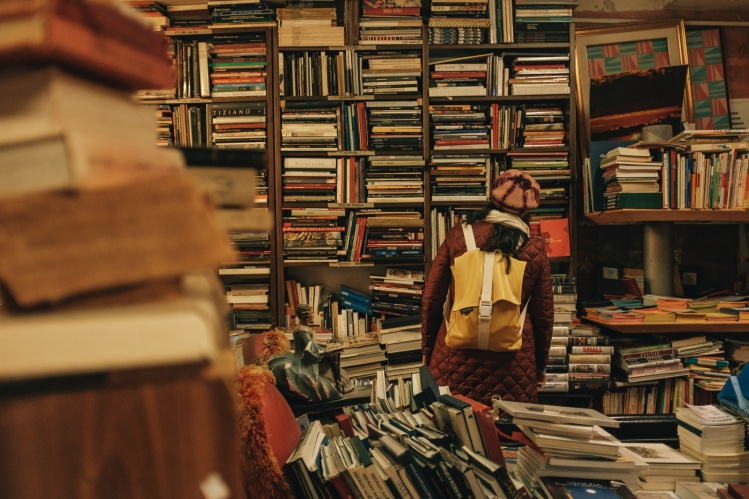 What difference does aesthetic experience make in shaping who we are? If you’ve ever had a book or painting touch you to the core, you know how difficult it can be to explain that feeling to a friend, or to connect that feeling to other parts of your life. And yet you have no doubt that the experience has left you a different person. Or, as Michael Clune might put it, the experience has left you wanting to become a different person. “You must change your life,” Rilke says at the end of his poem about looking at a sculpture, “Archaic Torso of Apollo.” But change it how? In A Defense of Judgment, Clune outlines a vision for aesthetic education as an end in itself, full of potential for personal transformation, yet free of the moral prescriptiveness we sometimes attach to our encounters with art or literature.

In a column published last year in the New York Times (“The Academic Apocalypse”), Ross Douthat cites Clune in support of his lament that literature professors no longer offer value judgments about literature. Douthat claims that humanists have created “a unilateral disarmament in the contest for student hearts and minds,” shying away from evaluation and presenting their academic discipline in terms of its critical methods and procedures. Students who major in English graduate with tools for making complex arguments, but no convictions about why one should read one author rather than another.

Clune’s new book makes a similar argument. But what makes A Defense of Judgment surprising and sometimes even thrilling is how Clune relates his critique to a progressive, anti-capitalist politics. For Clune, literature offers a “form of value beyond market determination.” Capitalism promises the consumer an endless series of alterations governed and affirmed only by her choosing—tiny changes that, because they reflect her existing preferences, don’t amount to change at all. Aesthetic education, where “one suspends one’s current values in the expectation of acquiring better values,” can lead to more authentic transformations and attitudes of resistance.

To really change, one needs judgment. In the crucial step of his argument, Clune dismantles the proposition that all desires must be treated as equal, an idea that runs through Amazon marketplaces and humanities departments alike. The triumph of capitalism—and of the theories of neoclassical economics—at the end of the nineteenth century led to a society in which our only agreed-upon source of value is individual preference. My desire, whether for a Toni Morrison novel or a trending Netflix show, is worth no more or less than yours, and to insist there might be any “better” way of spending one’s time or money comes across as snobbish and paternalistic.

Clune uses Karl Marx’s “Critique of the Gotha Program” to argue that our modern struggle against inequality “cannot be advanced through adherence to the principle of equality.” Viewing all human desires as equivalent makes it harder for us to distinguish between the consumer goods whose production is killing the earth and the goods (such as leisure time spent reading poems) that might help us thrive.

In a highlight of the book’s first section, Clune returns to Marx in order to engage with the arguments of Martin Hagglund’s book This Life (2019), which drew a straight though subtle line from “secular faith” to democratic socialism. Clune contends that Hagglund’s ideological commitment to equality over and against judgment ultimately undermines his own socialist project, since “the distinction between better and worse ways of spending our time is a precondition for a robust vision of a transformed work world.”

Clune dismantles the proposition that all desires must be treated as equal, an idea that runs through Amazon marketplaces and humanities departments alike.
sharetweet

A book written in defense of judgment might not be expected to hold uncertainty in high regard. But central to Clune’s vision of aesthetic education is a strong notion of what he calls, borrowing from John Keats, “negative capability.” Keats coined this phrase in a letter where he was trying to express what he valued most in Shakespeare: a capacity for “being in uncertainties, mysteries, doubts, without any irritable reaching after fact and reason.” Following the philosopher Agnes Callard, Clune takes this essential ingredient for poetic creativity and applies it to learning in general. As Callard writes, in aesthetic education “[teachers] aren’t selling [students] something they already want; instead, we are trying to help them learn to want something.” Once a student accepts that some desires might be more important than others, she can aspire to fashioning a self, embracing uncertainty and mystery on the way to discovery.

A Defense of Judgment consists of three parts with three very different aims. The first two chapters outline Clune’s general argument. Next come two chapters titled “Judgment and Expertise I: Attention and Incorporation” and “Judgment and Expertise II: Concepts and Criteria.” Full of reflections on the status of English departments and literary criticism, this second section was my least favorite in the book. Nonetheless, Clune’s defense of academic expertise is worth pondering. Experts are those who “know more than they can tell,” and we need experts who can model an aspirational, tentative mode of judgment in order to foster an alternative to capitalism’s value system of “dogmatic equality,” where everyone acts as their own authority.

The three chapters of the book’s final section, “The Practice of Judgment,” provide close readings of texts by Emily Dickinson, Thomas Bernard, and Gwendolyn Brooks. It wasn’t immediately clear to me what these chapters had to do with Clune’s previous argument—apart from exemplifying the judgment that is essential to literary interpretation—but each of them traces a provocative path. The chapter on Gwendolyn Brooks, “Race Makes Class Visible,” stands out in particular, with its paradoxical claim that two famous Brooks poems intentionally obscure the dynamic of race, in order to show us how much is lost when we don’t include race in our social analysis.

Paradox feels essential to Clune’s way of engaging with the world. He is also the author of a funny and terrifying memoir about his decade as a heroin addict, and of an earlier book of criticism, Writing Against Time, that focuses on poems and novels whose temporal forms are used to contest temporality. There’s an itching impatience toward final things at the heart of Clune’s writing. He doesn’t come out and say it in A Defense of Judgment, but it seems likely that literature has saved his life several times over. “Aesthetic education, by denying that all preferences are equal, gives me reason to be skeptical about my existing values…. We choose judgment over equality when we face our students and our publics and say: we will show you a better way to live.”

As I read A Defense of Judgment, it struck me that the counterintuitive nuances of Clune’s argument might be helpful to liberal religious people who sometimes find themselves defending their identification with a specific faith against understandable charges of narrow-mindedness. Clune, a Buddhist, has written elsewhere of his religious practice and its specific influence on his experience: “I meditate each day, observing, as the Zen saying has it, my thoughts and my life dying and being reborn hundreds of times a minute…. Afterward, if I’m reading, or writing, or hiking, or hanging out with my partner, I sometimes experience less interference from myself. There seems less of me in those experiences.” Why meditate regularly, or attend church week after week, instead of sampling spiritual ideas in the culture more broadly? A choice that sounds limiting might enable the intensity of seeking required for transformation. The goal of Christianity is to become a different person, Wittgenstein said. As in Clune’s ideal of aesthetic education, here judgment can lead toward the energizing uncertainty of a life’s work.

Early on in his book, Clune acknowledges that he is not calling for a “radical transformation” of practice for critics, professors, or anyone who loves books or art. Rather, he’s trying to help us be honest about what happens when an encounter with art or literature gets stuck in our nervous system, leading to further discoveries, and perhaps compelling us to leave a former self behind. The poet Frank Bidart writes that “[e]verything made is made out of its // refusals: those who follow make it new / by refusing its refusals.” Seen this way, judgment is an unavoidable feature of our deepest aesthetic experiences, leading us deeper and farther than we might otherwise go.

A Defense of Judgment
Michael Clune
The University of Chicago Press
$27.50 | 256 pp.