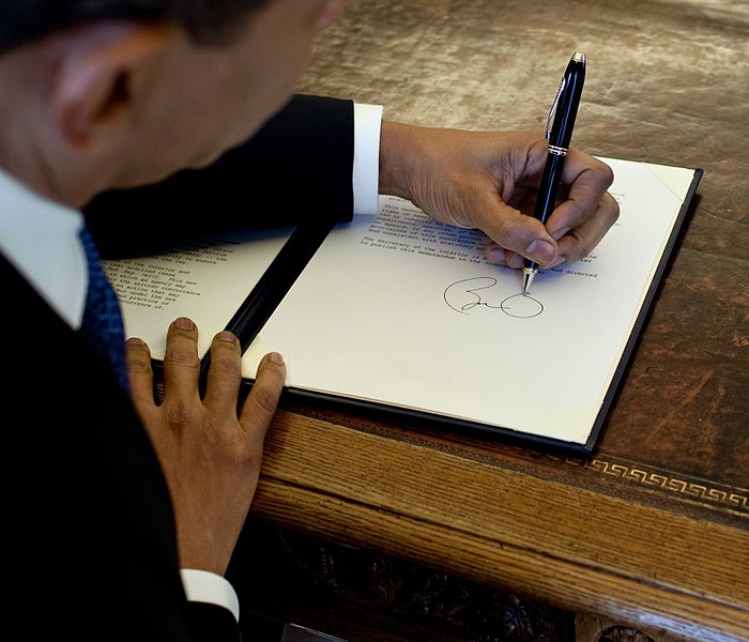 The unraveling of George W. Bush’s administration can be dated to the triumphal march into Baghdad when he, his Defense Secretary Donald Rumsfeld, and Vice President Dick Cheney missed the significance of Iraqi looting and rear-guard attacks. Iraq is very far away, so it took a long time for the extent of the disaster to sink in. But when it finally did, the collapse of the administration’s authority was patent.

As a signature policy issue, President Barack Obama’s national health-care program is right up there with Bush’s Iraq. After more than seventy-five years of failure to pass a national health program, Obama finally broke through. The accomplishment was all the more impressive because of the difficult congressional environment. The Affordable Care Act (ACA) embodies some strange administrative twists and turns, but the country could learn to love it all the same.

Canny Republicans stated frankly, and fearfully, that if “Obamacare” ever went into effect, the public would like it so much that it would be entrenched forever, and they mounted a frantic and unsuccessful legal and political campaign to block it. After thirty years of conservative rule, the launch of the ACA looked like a harbinger of a new generation of liberal ascendancy.

Nobody expected the launch to be perfect. The health-care exchanges, after all, were supposed to be operated by the states. But the Republican recalcitrance had long been telegraphed at governors’ conferences, so it was well-known that the majority of states would shuck the job off on the feds. There is no excuse, therefore, for the utter debacle of the computer system that is supposed to support the federal exchanges. And the responsibility sits squarely on the shoulders of Barack Obama.

There are rules for building big data systems. Computers are stupid. Almost every detail of their instructions has to be perfect for them to run properly. So you keep them simple, especially in the first version. Your data schemas have to be accurate all the way down, your protocols for transferring data must be consistent…and so forth. It’s crushingly boring, detailed work. Insurance data systems are especially complex because of the great masses of data involved. In light of the unforgiving political environment surrounding the ACA rollout, an experienced executive would have settled the essential bare-bones minimum for a usable product; frozen the design and fought off kibitzers; empowered a trusted, technically sophisticated, “tiger-manager” to drive it the finish line; received regular, no-holds-barred updates; and personally knocked heads over slippages.

If the anonymous interviewees buttonholed by the New York Times and others are telling the truth, none of that happened. The system was built by a welter of contractors, some of them working at cross-purposes. Designs were never completely settled. The managers were civil servants with little computer-systems experience, and minimal decision-making power. Nontechnical people forced technology choices. Minor issue after minor issue had to be referred to “the White House,” and it could take weeks to get answers. To top it off, the system objectives were maximalist—as the Times put it, “creating a cutting-edge website that would use the latest technologies to dazzle consumers with its many features.”

What was the White House thinking? Obama himself explained it at a September press conference: “This is real simple. It’s a website where you can compare and purchase affordable health insurance plans side by side the same way you shop for a plane ticket on Kayak, same way you shop for a TV on Amazon. You just go on, and you start looking, and here are all the options.”

The president must really have believed that—how else to explain the casualness with which the White House treated the entire process. Some people must have told him, or tried to tell him, how daunting the systems challenge was. He must not have listened—after all, systems are boring—and he has thereby placed in jeopardy his one historic achievement, and possibly all the hopes of a liberal revival.

The current system may not be fixable. Big federal computer projects at the IRS and the FBI have recently been scrapped or restarted after years of work and billions in spending. If an honest review concludes that the health-care system is indeed unsalvageable, the focus has to shift to maximizing other, traditional, ways of accessing the exchanges. If enrollments are still artificially low by, say, the end of March, the “failure of Obamacare” could decide the congressional races. Democrats in marginal districts are sufficiently dispirited that the risk of a veto-proof repeal is not beyond imagining.

It’s a pity that the fate of a national health-care program may turn on fixing a computer system screw-up. But the administration has only itself to blame. The priority now is an intelligent, focused, full-court press, not an uncoordinated fire drill, to come up with a rescue plan. The clock is ticking.