Starving in the Pews

Give or take, I’ve heard about two thousand sermons. Most are boring, many are dreadful, and some are spiritually harmful. Bad preaching starves the church.

I was raised in a mix of Catholic and Evangelical churches. When I turned 16 and got my license, my parents let me choose. They meant choose between their two churches, but instead I chose to explore the rest of the churches of Denver. (In hindsight I was destined to become a religion professor.) Around south Denver, I heard sermons from Baptists, Methodists, Episcopalians, Mormons, Unitarians, and not a few megachurches. Later I explored further north and heard Ethiopian Orthodox, Black Catholics, Latino Catholics, and the Denver Rescue Mission.

A few years later, I was a fieldwork researcher for a sociology of religion project in Indianapolis, where I focused on Pentecostal churches. I went on to study Hebrew, Aramaic, Greek, Latin, and a few other languages. I’ve studied rhetoric and homiletics, ancient and modern. I talk in front of people for a living. I have decent diction.

So much for my bona fides. But as a Catholic layperson, I’ve never preached one sermon, and I probably never will. I guess I’m an expert sermon critic.

From the pew, here’s what I want to yell at every preacher in the pulpit: You have no idea of the spiritual hunger out here. Almost every sermon is a missed opportunity.

When you look out at your congregation, no matter how small, if there is anyone between the ages of 18 and 55 out there, you need to imagine what they did to get to that pew that day. They fought the pressures of their work schedule, which for most of them is out of their control. They pushed back against the busyness of their children’s schedules. Perhaps they told their son or daughter that they’d need to be late to the soccer game because of church at 11:00, and that caused a fight not yet resolved. Perhaps their family had an argument that very morning about whether to go to church at all or make the drive to visit grandma instead.

And this is just a normal week, not to mention the ones where a job was lost, a friend imperiled, a roof leaked, a spouse hit bottom, a child pulled away, a parent fell ill, an injustice unrectified, a mortgage past due, a dream crushed, a business shuttered. This is not to mention the solitary soul that for indiscernible reasons just decided that day, after many years, to walk back through those doors and slip into the back pew. A still, small voice calling, a spirit welling up to new life within, waiting, hanging on every word from the pulpit, aching for a breath.

Then, moments later, strangled. The spirit quenched, the soul starved. The pew empty, the door shut.

For those who stay put, the mind wanders within minutes. Should have stayed home and worked on the roof. Could have avoided that fight with my son about soccer. Would have rather taken the day trip to visit those relatives. What will I eat for lunch.

Within minutes, you’ve lost us. But don’t just take my word for it. A recent study from the Pew Research Center demonstrates that the quality of sermons is the single most important factor in attracting people to church.

When they search for a new house of worship, a new Pew Research Center study shows, Americans look first and foremost for a place where they like the preaching and the tone set by the congregation’s leaders. Fully 83% of Americans who have looked for a new place of worship say the quality of preaching played an important role in their choice of congregation.

The good news about preaching the good news is that you don’t have to be a brilliant scholar or captivating orator to do it. The raw materials of the Bible and Christian history offer plenty to work with.

First, do no harm from the pulpit. Don’t ask for money. Don’t trivialize the moment by doing church announcements. Don’t ever be misogynistic. In fact, never demean anyone from the pulpit.

Choose one reading to bring to life. As the long-time professor of homiletics at Yale Divinity School, David Bartlett, once said, “A select few of the great sermons I’ve heard in my life were about multiple readings, but all of the worst sermons were.” If one of the day’s readings tells a story, you’re better off choosing that one. That’s what we remember best from the readings we just heard.

Stick to the basics. God loves us. Strive for justice. Ask for mercy, and grant it. Follow saintly examples. Tell a story or two. Activate our spiritual imaginations for those few minutes of the week.

Humor is high risk, not only because you’re not funny, but also because you misread the mood of the congregation. Remember, we don’t do this church stuff all week like you and don’t need a humorous break from the numinous. We are spiritually hungry, and we can get comedy anytime we want.

We’re not here to laugh, but to be challenged and comforted. Every sermon of every week should aspire to do both. Show forth the paradox of demandingness: churches which challenge their congregations with concrete, difficult demands of virtue, love, justice, and mercy are paradoxically more likely to retain their members and attract new ones. And then show how God comforts the fallen and afflicted -- in other words, those holy souls in front of you.

Pastors, you claim to love Jesus. He commanded you to “feed his sheep.” But week in and week out, we’re starving.

Where are the Senate's women? It matters. 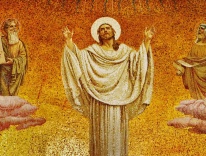