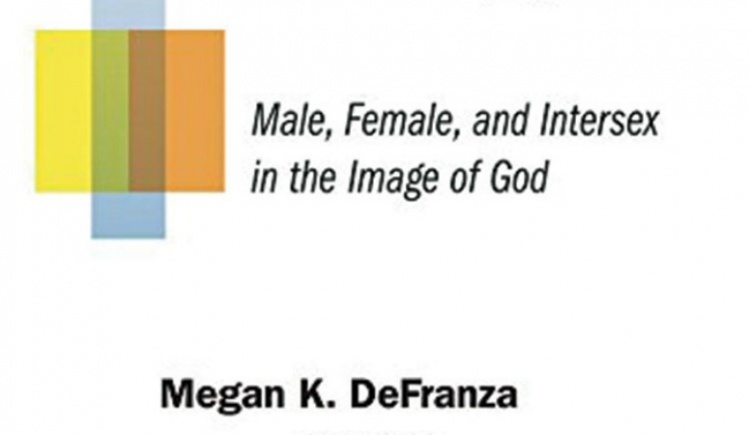 In this revised Marquette University dissertation, Megan K. DeFranza has issued a challenge to contemporary theologians that deserves to be far more widely read than it probably will be. The basis of her challenge is the “fact on the ground” known as intersex: between 1 and 3 percent of humans are born with a range of sexual configurations (anatomical and hormonal) that elude the binary classification “male” and “female.” Intersex is not a matter of sexual orientation; it is an anomalous condition of birth. It is, indeed, the way a substantial portion of humanity is created.

Intersex persons have been recognized by diverse cultures and have been valued in diverse ways. It is the distinctive achievement of modernity to have effectively erased the intersex phenomenon through a variety of medical and cultural interventions that force persons into one of the two acceptable genders. As a flood of literature over the past sixty years makes clear, such manipulation is not only ethically dubious, it has led to tragic consequences, as Jeffrey Eugenides’s powerful novel Middlesex reveals. De Franza’s interest, however, is theological: “Acknowledging the complexity of sex differences behooves theologians to reconsider theological edifices they have constructed on the simplistic binary model.”

The first part of her study presents a straightforward exposition of the medical and cultural issues surrounding the topic of intersex, a presentation all the more valuable for her precise delineation of scientific uncertainties and her calm dissection of ideological positions. Since intersex persons escape the “Male and female He created them” of Genesis, DeFranza next asks whether there are biblical resources for thinking about gender beyond Adam and Eve. She finds potential in Jesus’ statement concerning eunuchs in Matt 19:12, and while acknowledging that in Christian history the image (and reality) of eunuchs was problematic, she declares that “…the eunuch provided an important supplement to the binary model of human sex and gender.” She then shows how that option was buried by a persistent concentration on the binary model, from ancient Greek philosophy, through Christian theology, to modern and postmodern philosophy.

In the second part of her work, “Critique and Construction: Theological Anthropology in the Postmodern Period,” De Franza generously describes and then witheringly criticizes, the tendencies found in both Evangelical (see Stanley Grenz) and Roman Catholic theology (see John Paul II) not only to accentuate the binary distinction between male and female but to exaggerate its importance by drawing ontological inferences from the folkloric narrative of Genesis. Taking the “fact on the ground” of intersex seriously would serve to raise fundamental questions concerning the validity of these developments. It would also force the issue of whether theology ought to proceed exclusively from Scripture without reference to human experience, or to make human experience a fundamental datum and even the starting point for theological reflection.