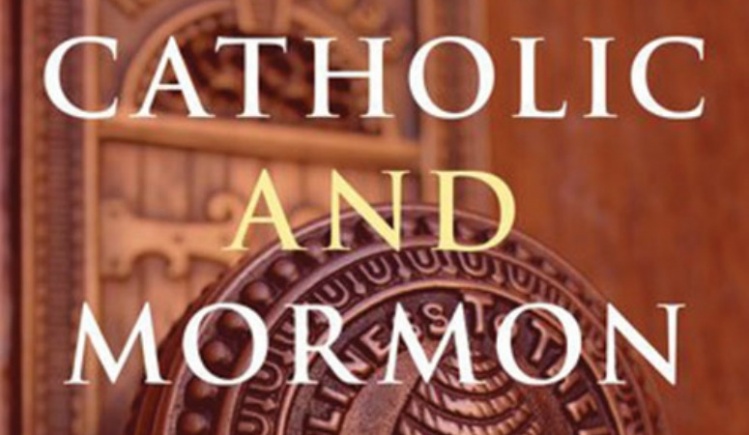 Although there has been some ecumenical dialogue between the Latter Day Saints and Protestants, the present volume represents a pioneering effort at civil and constructive exchange between Mormons and Catholics. The conversation gains added piquancy from the fact that the spokesman for each tradition is a convert. The late Stephen Webb taught at Wabash College, and converted to Catholicism after many years as member of the Church of Christ. He was a frequent contributor to First Things. Gaskill left the Orthodox tradition (after exposure to both Catholic and Protestant educational settings) to join the Latter Day Saints and teach at Brigham Young University.

One of the attractive features of this exchange is the fact that the authors are not official representatives establishing negotiating positions, but believers who speak out of the experiences and discoveries that have brought them to their present commitment. Each therefore speaks with a strong sense of appreciation for his present allegiance, but is also sensitive to the ways that, when engaging that which seems “other,” an openness to areas of similarity as well as dissimilarity is desirable. For Catholics or Mormons utterly ignorant of the other tradition, the book offers an inviting and responsible introduction.

The authors are well aware that, on the surface, dissimilarities are most obvious. In the eyes of Catholics, Mormonism arose from highly contested claims of revelation in the nineteenth century and its “revealed texts” fundamentally altered key aspects of the Christian tradition. In the eyes of Mormons, the very existence of Catholicism is the most dramatic evidence for their claim that primitive Christianity went disastrously astray and needed a massive new revelation to be restored. Despite these substantial differences—so great as to seem almost to preclude serious engagement—the authors seek to find mutual understanding, if not agreement, through consideration of authority, grace, Mary, revelation, ritual, matter, Jesus, heaven, history, and the soul. For each topic, Webb and Gaskill contribute a perspective that, while recognizing points of deep and perhaps insurmountable difference, works toward the mutual recognition of faith and integrity.

Perhaps such recognition, in the end, is the best such a conversation can achieve. The interlocutors stress the positive rather than the negative, and avoid polemics altogether. Such troubling topics as the origins of the Book of Mormon and its relationship to the Bible are not explicitly addressed. But despite adducing some fascinating points of resemblance, between the Orthodox belief in theosis, say, and Mormon convictions concerning divinization, as well as a shared emphasis on strong authority—an aspect particularly appreciated by both authors—such incidental concinnity cannot bridge the huge divide between Catholicism and Mormonism. It is also difficult to miss, in the authors’ efforts to align Mormonism and Catholicism, the way in which Protestantism is, unfortunately and unfairly, made an easy foil for each author.