By Ellen B. Koneck
Poetry
Books 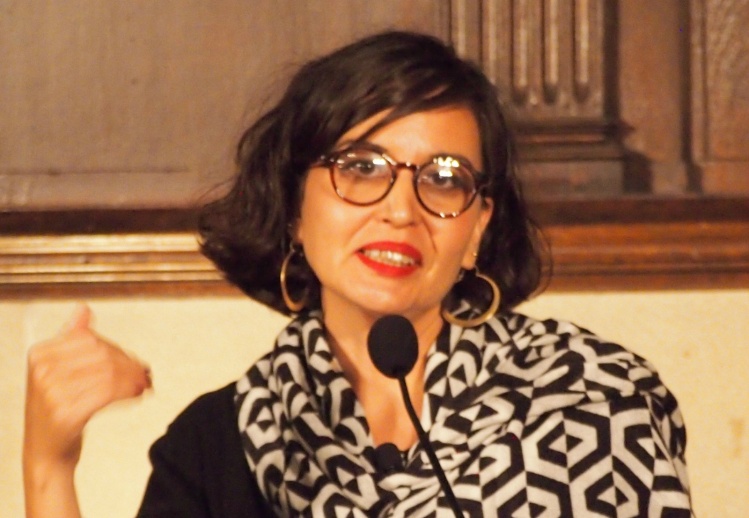 I have been bragging to anyone who will listen about the twelve-week writing and creativity workshop in which I participated over the summer. I find that when I frame it that way—as a three month writing and creativity workshop—it makes the whole endeavor sound more formal, more robust, and more serious than what you might otherwise have concluded if, for instance, you’d seen us sipping wine and laughing in the back corners of bars or eating Chipotle burritos in public parks on Thursday evenings. But that’s the thing about Julia Cameron’s The Artist’s Way: it requires a playful, childlike approach.

The Artist’s Way: A Spiritual Path to Higher Creativity (TarcherPerigree, $17, 272 pp.) is something of a cult classic in the world of self-help, owing in part to its origins as a self-publishing phenomenon. (It was soon picked up by a trade press, and last October, a handsome twenty-fifth-anniversary edition was released.) Having only completed the course book one time, I am among the least qualified to write about it—there are real devotees out there. That’s because Julia Cameron doles out wisdom, advice, assignments, and exercises to begin “discovering and recovering” one’s inner-artist (who is actually a child, by the way). She dedicates each chapter to an aspect of this recovery—from cultivating “a sense of safety” and “a sense of identity” to nurturing “a sense of faith” and “a sense of possibility.” The concept of recovery is key, as Cameron’s book hinges on the belief that all people are inherently creative—but most people have discounted and abandoned their creativity, whether fear, shame, or financial concerns motivated the lapse.

If it sounds weird, that’s because it is. It’s perfectly weird. Cameron takes vaguely Christian concepts of the soul, God, truth, beauty, and goodness, and relativizes them ever so slightly. She dabbles in pop psychology and sociology; she mixes in a healthy number of context-free quotations from ancient philosophers.

I like to imagine that Cameron has combined the wisdom drawn from her eclectic reading in just the right way to appeal to both the spiritual and the skeptical. For example, atheists and believers alike are bound to take her idea of synchronicity with a grain of salt—“loosely defined as a fortuitous intermeshing of events”—even as they consider examples of the phenomenon from their own lives. “Whatever you choose to call it, once you begin your creative recovery you may be startled to find it cropping it up everywhere,” she explains.

A poem about writing, bo-ring. Says my contemporary artistic companionate, a muscular observation and I agree.
sharetweet

Though I’m not quite sure I believe in synchronicity—grace, maybe?—by the end, it didn’t matter. I took Cameron’s advice (three pages of stream-of-consciousness handwriting each morning; reflecting on abundance and scarcity in childhood and adulthood; dreaming up the “alternative lives” I might have lived if I hadn’t pursued this or that opportunity) and her advice worked. For all its New-Agey rhetoric and early-90’s sentiment, Artist’s Way manages to clarify passions, identify weaknesses, and offer concrete tools for fostering creative habits. It is also, for the record, a great excuse for weekly wine drinking with friends.

I was sipping wine when I first heard Layli Long Soldier read from her Whiting Award–winning debut poetry collection Whereas (Graywolf, $16, 114 pp.) at a Graywolf Press literary salon in Minneapolis this fall. Long Soldier began reading just after insisting that she didn’t like to do readings—that her skills were better suited to poetry writing. I am not sure that’s exactly true. Her performance—including the way she’d cut herself off to define words or offer context, adjust her pace and inflection, or linger over the pauses she heard in her own work—was revelatory when I began my own reading of Whereas.

Part I of the collection paints a portrait of Long Soldier’s life that captures both the familiar and searingly particular: she is a United States citizen, a mother, a teacher, a member of the Lakota Nation, and a poet observing the world. Her gentleness and self-deprecating charm are powerfully present in her poetry. In writing, too, Long Soldier cuts herself off—words are crossed out, ideas are repeated. She defines words for the reader; she offers context. She writes “A poem about writing, bo-ring. Says my contemporary artistic companionate, a muscular observation and I agree.” But this bo-ring poem about writing, we learn, is scribbled at a summer burial: “He’s praying he’s asking. He doesn’t see me, my gesture’s futile. What am I doing here, writing. What am I doing here righting the page at funerals.”

This seems to be a strategy for Long Soldier: playing with language, she enters heavy spaces almost from the side, as if sneaking up on them. Her starting point is often the writing itself—the immediate—which slowly opens up to larger meditations. One poem begins by defining the Lakota word “Tókȟaȟ’aŋ”—“to lose, to suffer loss, to be gone, lost” and, in the pages of verse that follow, painfully narrates the myriad traumas of a miscarriage: from initially mistaking the bleeding for spotting, to the inanity of filling out paperwork at a clinic before she could be admitted, to the deep, confused grief that followed.

Part II of this collection, from which the title Whereas comes, gives further insight into this capacity to outline traumas and capture raw grief. “On Saturday, December 19, 2009, U.S. President Barack Obama signed the Congressional Resolution of Apology to Native Americans,” she writes at its start. No tribal leaders were present because none were invited; the apology was not even read aloud. The rest of Part II of Whereas is Long Soldier’s reply to the U.S. government’s tone-deaf and tardy apology. As she observes:

Many have already written with awe about this second half of the collection, and with good reason. Every poem in Part II begins (you guessed it) with “Whereas,” just as each section of the government’s Apology begins. The first lays groundwork for those that follow:

WHEREAS when offered an apology I watch each movement the shoulders
high or folding, tilt of the head both eyes down or straight through
me, I listen for cracks in knuckles or in the word choice, what is it
that I want? To feel and mind you I feel from the senses—I read
each muscle, I ask the strength of the gesture to move like a poem.

Here Long Soldier employs, mirrors, and inverts the sanitized rhetoric of the Apology for her own storytelling; a poetic feat that Maggie Nelson calls “trenchant, beautiful thinking and writing about the relationship between official political speech and literature’s capacity to write back.” Others have said her poetry is “an arena of witness and longing.” Or as Julia Cameron might say, it recovers a sense of possibility.

Seen, Heard & Not Heard at the World Meeting of Families (UPDATED)