Seeking a Path from Pell to a Plenary Council 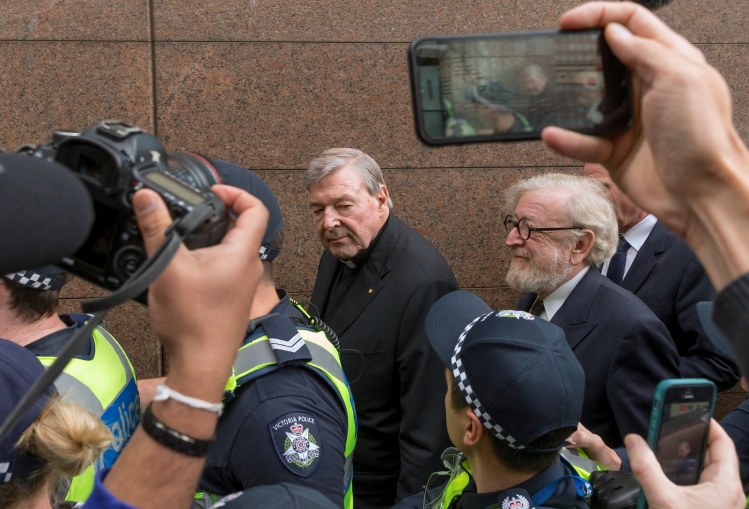 Arriving in Sydney, Australia, this summer for a round of conferences sponsored by the Broken Bay Institute of the Australian Institute of Theological Education, I found a church confronting events likely to have a profound impact on its future: the Royal Commission’s completion of its work on an “institutional response to child sexual abuse”; the return of Cardinal George Pell from Rome to face charges on sexual abuse cases alleged to have taken place decades ago in the diocese of Ballarat; and the announcement of a Plenary Council for Australia set for 2020—the first since 1937.

The three issues are interwoven. The Pell case frightens the institutional church for the ripple effects the trial might have on other investigations into clergy sexual abuse. It complicates the creative response of the Australian episcopate to the scandal: the creation of the Truth, Justice, and Healing Council launched shortly after the establishment of the Royal Commission and headed by Francis Sullivan, a lay Catholic who for fourteen years was chief executive of Catholic Health Australia. After the expected publication of the Royal Commission’s report at the end of this year, the Truth, Justice, and Healing Council will publish its own report. It will be interesting to see how the episcopate receives it. Created by the bishops, the council has nonetheless maintained an independent attitude; for example, it has refused the request of some bishops to cross-examine witnesses heard by the Royal Commission.

Over dinner in Sydney, Sullivan gave me his assessment of the impact of the Royal Commission hearings. “The hearings have laid bare the cultural factors that enabled the scandal to be so badly managed,” he told me. “They can be summarized as issues of power, privilege, and participation. Who controlled decision-making, who was involved in decision-making, and who benefited from the decisions taken. The lack of transparency and the entitlement attitudes that underpin clericalism were given a lot of ventilation. This has opened public debate about the role of women, celibacy, seminary training, supervision of clerics, and the ethical use of church finances.” The church, he added, has lost control of this public debate. “Its voice has been muted and compromised,” he said. “Any semblance of a defensive tone is jumped on by critics and the majority of the leaders have been missing in action.”

The commission, established by the federal government in 2013, has confronted the Catholic Church like no other public inquiry has in the history of Australia. Previous parliamentary or government-led inquiries have examined church positions in specific areas of policy or provision of services in areas such as education, health care, or social work. These usually devolve into debates over identity, ethos, and religious liberty; they do not actually examine the bona fides of the church or its claims to be a trustworthy organization and ethical “corporate citizen.” Moreover, the Royal Commission has displayed a disregard, some even perceive it as a disrespect, for the church in general. Certainly there was no special treatment afforded, nor was there an attempt to pay extra deference to senior church personnel. In many ways the Australian church has had to confront how it has lost its credibility in society generally, and how little tolerance or compassion it can count on in so highly a charged environment.

The commission will not issue rulings but will deliver a report to the government on the probability of the facts, with recommendations for institutions and the nation in broad sense. Should the Catholic Church not follow the recommendations (among those possible: that the church include women in its governing structures, or modify formation for seminarians), there’s a fear that the government might, for example, require registration of religious ministers authorized to perform duties in contact with the public (especially children). There was a preview of sorts in August 14 when the commission issued recommendations that included the obligation of priests to report what is revealed in the confessional. The church responded vigorously, closing the door to every possible mediation and creating the impression of a clerical hierarchy insensitive to the scandal. Yet the senior archbishops could not agree in public about the extent of the seal of confession, and they refused to formally follow up with seeking an opinion from Rome. In a previous commission session, expert canon lawyers agreed that the seal of confession applied only to the confessing of a sin, not to other information that concerned the penitent but was not his or her sin. Thus the way is open to address the substantive issue the Royal Commission is interested in, even if the bishops have refused to entertain such an interpretation.

The issue could have repercussions for other churches affected by scandal, and opens intricate questions over the need to balance the protection of potential victims with religious freedom in terms of internal organization. Bob Carr, former Minister of Foreign Affairs, pointed out at the Broken Bay Institute conference that the key issue is the reach of the government in its attempt to define the rules of internal organization of a religious community. The problem is much older than the U.S. debate on religious freedom triggered by the Obama administration’s health-care reform. On top of the challenges brought on by biopolitics since the 1970s (from abortion to euthanasia), the sex abuse crisis presents an Enlightenment-era-like challenge for the church, in which it and the state compete to define their spheres of influence. It’s a return to what church historians know as the eighteenth-century “jurisdictionalism” in Catholic central Europe.

If it rejects the commission’s recommendations, the Australian Church—though still an influential and visible presence in education and health care—risks making itself an outcast. And whatever its response, Australian Catholics expect a series of criminal proceedings involving priests and bishops; the anger of many lay Catholics at the clerical and institutional structure is palpable. Yet it must be said the diminishing role of the church in Australia has been a long process. Participation rates have dropped off alarmingly over the last decade. Data from the 2016 census reflects the situation for Western Christianity in general: “Among those groups attracting double-digit percentages of the population, there has been a continued rise of those declaring ‘no religion’ to become the most numerous group (30.1 percent). Catholics are at 22.6 percent, while Anglicans—who had been nudged out of the top spot in 1986—have now slipped from a high of 41 percent in 1921 to third place at 13.3 percent.”

Then there’s the ecclesial aspect. Pell is the most powerful Australian “cultural warrior,” and close to conservative and traditionalist theological and political circles in the Vatican and the United States. The beginning of the end of the Pell era (he is seventy-six and unlikely to return to his Vatican post) leaves a church divided, but in a less profound way than in the United States. The polarization that is more ecclesial and theological than political, and owing to Australia’s secularization, more typical of Europe. The Catholic laity trying to push the institutional Church to respond to the sex-abuse crisis express an agenda typical of liberal Anglo-Saxon Catholicism: priestly celibacy and the opening of the priesthood to women. The preparation of the 2020 Plenary Council will unfold as prominent members of the clergy are on trial, and as a political agenda for legalizing euthanasia and same-sex marriage advances. Polls suggest that a majority of Catholics, together with other Christians, will vote in favor of same-sex marriage in the forthcoming postal survey.

The preparation and celebration of the Plenary Council in 2020 presents an opportunity to change a narrative dominated by sexual abuse. Even conservative Catholics await radical structural changes. There are signs of collaboration among the episcopate, the laity, religious orders, and theological training institutes in preparing for the council. That episcopate is composed of three kinds of bishops: those from the Pell era; those from the previous era but with a new role in the church of Pope Francis; and those appointed by Francis who clearly embody the church of Francis. Among this last group is Vincent Long Van Nguyen OFM Conv., bishop of Parramatta, who arrived in Australia as a refugee from Vietnam in 1981 and who this year provided the Royal Commission with shocking testimony of the sexual abuse he suffered.

The guiding force ahead of the council is the archbishop of Brisbane, Mark Coleridge, who could be elected president of the bishops’ conference next year. Under canon law the definition of “plenary council” is restrictive about voting and about what aspects of the law can effectively be addressed exclusively in Australia. Coming after an intense critique of the church’s culture around participation and good governance, the council will need to design consultation processes and synods that widen participation and include women in decision-making. It may be difficult to manage internal church politics when conservative bishops are angry at the treatment of the church by the Royal Commission and Australian media. Church leaders, clergy and lay alike, have no real option than to try to demonstrate that it will not be business as usual.

Yet the central question for the Australian church is mission. The usual divisions between clergy and laypeople, and between laypeople over fifty and secularized young people, will impact decisions about the public-private hybrid financing system for Catholic schools and hospitals. Public funding for Catholic schools (now under review by the conservative government) provides access to services to a large part of the population, a much wider and more socially ethnically inclusive population than in the United States. Around 20 percent of Australian students are enrolled in the nation’s 1,700 Catholic schools; other private schools account for 14 percent of students. But at the same time, that’s raised questions about the Catholic character of these institutions—not in terms of the students (many of whom are not Catholic), but in terms of teachers and administrators. There are similar questions over health care, in which the Australian Catholic church plays a central role, especially for the poor and marginalized: it is the largest nongovernment health-care provider, serving one out of ten Australians. How Catholic healthcare providers go about providing benefits to an increasingly multicultural and multi-religious society, even while managing the transition from the religious orders that founded the hospitals to laypeople, will be a challenge.

It will also raise issues of training and formation—for the clergy, Catholic schools, and Catholic hospitals. Australian theology lives in contact with the Anglo-Saxon world but the demographic shifts are “relocating” the country into the geography of Australasia, with new voices emerging. The closure of the John Paul II Institute for Marriage and Family for lack of membership, announced by the archbishop of Melbourne in October 2016, is illustrative. But significant segments of young clergy and young lay Catholics are part of the neo-traditionalist movement. With the future thus to be built, the three years before the 2020 council will be decisive, even while the next twelve months could shift the scenario significantly.