A Conversation on Race? Don’t Kid Me 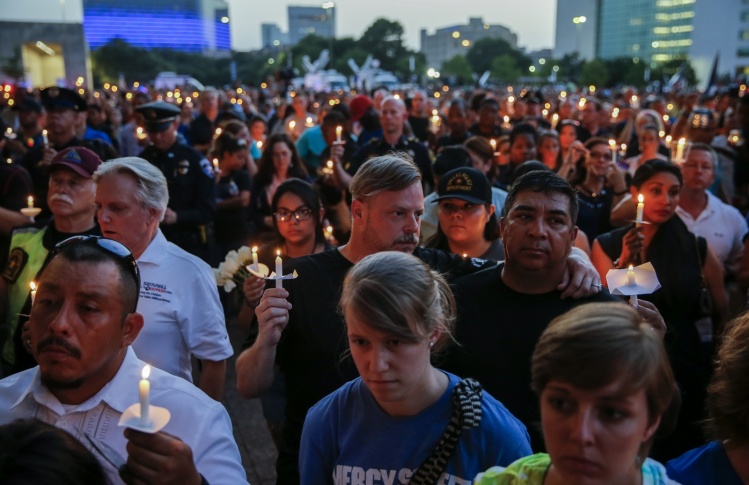 There it was again: a plea for a national “conversation on race.” I groaned. I rolled my eyes. I felt the urge to stand up and head for comfort food.

The plea was heartfelt and, in the wake of Charlottesville, understandable. Conversation, better than confrontation. Everyone stays sitting down. No tear gas.

Unfortunately, most pleas for a conversation about race, however well-intentioned, don’t really mean a conversation. They mean a sermon.

I’m not against that. Where I worship I hear a lot of sermonizing about race.  It’s pretty good, and I’m grateful.

Or perhaps they mean a lecture. Or better yet, a twenty-five-part PBS series by Ken Burns. Perhaps a therapy session with an empathetic facilitator.  Maybe Oprah, or what’s her name—Hillary Something.

Perhaps, after Trayvon Martin, Michael Brown, also Eric Garner, Laquan McDonald, Freddie Gray, Tamir Rice, Philando Castile, et al., they mean something else. In Between the World and Me, Ta-Nehisi Coates warned his fifteen-year-old son that white America has given its police departments the go-ahead to destroy him. Coates had the good sense, as far as I know, not to call for a conversation.

Murder doesn’t call for a conversation. It calls for an indictment. Coates wrote a brilliant indictment, and never mind some of its claims. White America promptly awarded him the National Book Award and a $625,000 MacArthur “Genius Grant.”

Conversation is something different. Especially, as some ultra-optimists suggest, “honest conversations.”

I don’t pretend to be a great conversationalist. I do know a few things. For one, accusations don’t make for good openers. (“You’re murdering my family. Let’s chat about race.” “You don’t really care about black lives. Pull up a chair.”)

For another, there has to be some degree of equality among conversation partners. Not the talkers and the talked-to. The experts and the dummies. The victims and the perpetrators.

Some people, like Uncle Fred, and some ideas, like Uncle Fred’s theory about the Federal Reserve and international banking, may have to be ruled out of bounds. That applies to declared White Supremacists and Neo-Nazis.

On the other hand, conversation cannot occur in a minefield: You know, say the wrong thing and your reputation will be blown to smithereens.

Conversation cannot occur in a minefield: You know, say the wrong thing and your reputation will be blown to smithereens.
sharetweet

The problem with Uncle Fred and the Great Federal Reserve Conspiracy is not merely his theory; it’s his unwillingness to listen.

I would like to have a conversation about race. My brother James and I always chose to be “Indians” in our childhood Wild West games; we took the sympathetic portrayal of Cochise in the 1950 movie Broken Arrow as belated vindication. I was about ten when James signed us up to receive the NAACP’s Crisis Magazine. At fourteen, the murder of Emmett Till smacked my consciousness; ten days separated his birth in Chicago from mine. I was in college when black students began lunch-counter sit-ins and we did our faltering best to emulate them. Before that, there was the scandal of Mexican migratory harvesters under the bracero agreements and, years later, the boycotts in support of organizing farmworkers. I have spent over half a century reading (and sometimes writing) editorials, studies, news stories, speeches, manifestoes, memoirs, short stories, and novels, all about race. They have trundled past me like an endless line of freight cars, filled with arguments, statistics, remedies, rhetoric, hope, desperation, heroes, and villains.

But I’m not sure I’ve ever had an honest conversation about race. My reading and watching and hearing, my very urban, middle-class life in racially mixed neighborhoods, have shaped my convictions and actions. I have been informed, enlightened, inspired, outraged, affected, and also confused. There are things that only conversation can embrace, especially when any of our thoughts wander off the straight and narrow.

In 1963, as a young man walking a few blocks in Harlem on my way to Columbia University, I sheepishly avoided the black faces because, in those even more racially charged days than today, I had read too much Baldwin and felt under constant interrogation.

Since Ferguson, I have reread Baldwin. I have read Ta-Nehisi Coates’s compelling j’accuse and also My Beautiful Life, his even more powerful account of growing up in black Baltimore and in what one might call the Church of the Lost Black Pantherdom. I read Paul Beatty’s wild, raucously biting tragicomedy, The Sellout, which reads (in places) like a parody of Coates (in places). The Sellout won the Man Booker Prize by unanimous vote, which is like winning the World Series of Novels in English in four games. So then I read Beatty’s earlier and similarly imaginative and poignant The White Boy Shuffle. No one is spared. Not black militants, not white liberals, not me.

“You hear some white men say they know Negroes,” Robert Penn Warren was told by a black teacher in Louisiana in the mid-1950s. “But it’s not true. No white man ever born ever understood what a Negro is thinking. What he’s feeling.” At a moment when school desegregation orders were surfacing all the demons of the American South, Robert Penn Warren had left his perch at Yale to revisit his native region, whose “Southern way of life” he had defended decades before.

That teacher’s statement, however sympathetic the source, is paradoxical; it generalizes about what’s in the minds of both whites and “Negroes,” even as it justly decries the presumption of knowing. Nonetheless, after reading Baldwin, Coates, and Beatty, I take it to heart.

Would a conversation help? Would a conversation help black Americans know what’s in white minds? Or, as one might gather from Baldwin, Coates, and Beatty, is that unnecessary? (When the African-American comedian Ms. Pat [Patricia Williams] released Rabbit, her memoir about struggling from abuse and crack-dealing to success and suburbia, she declared herself astonished to discover that addiction and teenage pregnancies were not specific to the black community. “Honestly, I thought only black people went through what I went through. … I didn’t know anything about white people.”)

Maybe a conversation is not so important. Consider the appalling wealth gap between racial groups. The median assets of black households are one-twelfth those of white households and the median assets of Hispanic households are one-tenth—and the gap is much greater by some methods of calculation. (No figures at hand for Native Americans, but the gap is almost certainly worse.) Minority families, in other words, have no margin, no cushion, to help them cope with emergencies, family disruption, financial setbacks, economic hard times, or investing in their children’s future.

I don’t need a conversation to understand that. Though I would like to talk about how the emotions surrounding police shootings leave such facts in the shadows. Actually, I’d like to explore so many puzzlements and fears and inhibitions and circular searches for solutions and questionable political strategies that exacerbate the racial divisions in America. I’d like to explore them in conversation with people rather than with op-eds.

I am not holding my breath. Conversation means a commitment to listen. I can understand people who don’t want to listen. They feel they’ve heard enough. They are angry. They are impatient. They are alarmed. They’re fed up.

They want to preach, protest, lecture, indict. They want to march, shout, chant, sing, maybe hold hands and hug. I understand that. Do it. And hope for the best. But let’s not pretend it’s a “conversation.”