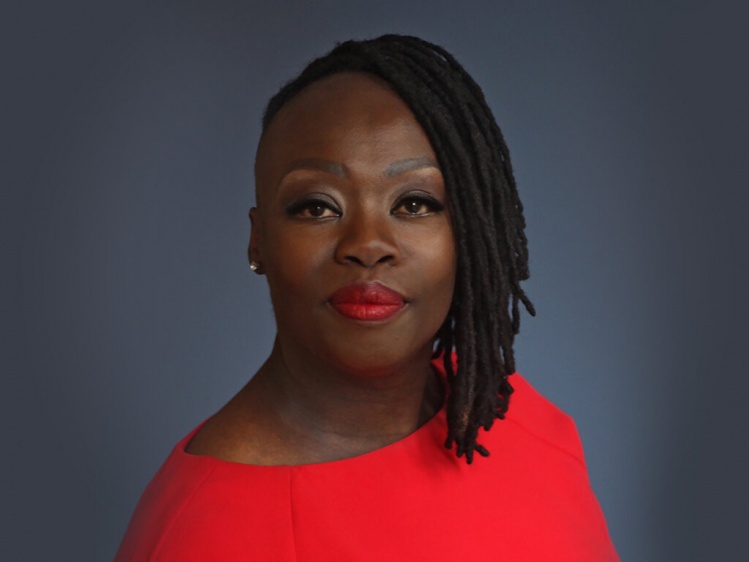 The Kreyòl phrase kay manman mwen translates in English to “my mother’s house,” which is the title of Francesca Momplaisir’s debut novel, set in the Ozone Park neighborhood of Queens. The house in question is a haven for immigrants, predominantly Haitian, who refer to it in shorthand as KAM, and who gather there to socialize, get legal advice, search for work, and eat the food they know from home. But behind its communal façade, KAM hides crimes and secrets sinister beyond belief—events so dark that the house is compelled to “take” its own life through self-immolation. Amid the flames we hear its anguished cries of difé!—fire! And it is there that our story begins.

Or rather, returns to a time before the blaze, when we meet KAM’s aging owner, Lucien, one of this novel’s three third-person narrators. (Another is Sol, who arrived in America from the Yucatán Peninsula, “where the corners of Belize, Guatemala, and Mexico fused and confused the nationalities of their inhabitants,” and an object of Lucien’s sexual pursuit; the other, in the author’s semi-successful stab at surrealism, is KAM itself.) Back in Port-au-Prince, Lucien worked as a pimp in a local bar while pursuing Marie-Ange, a teenager nine years his junior. He marries her after her family is “disappeared” during a failed coup, then brings her to the United States, where he hustles for work, struggles to help raise their three daughters, and battles the ghosts of his past. Through it all Lucien and Marie-Ange also study American law and institutions, eventually mastering the convoluted inner-workings of the immigration system before starting KAM to help other immigrants in exchange for fees and favors. Now, a decade after the death of Marie-Ange and estranged from his grown daughters, Lucien is fixated on rescuing some of his possessions from KAM before it faces demolition.

With Lucien, Momplaisir crafts both a victim and oppressor, a man deserving of pity and contempt. There is something evil about his womanizing and hoarding—which are not unrelated. His frantic materialism stems from his own fears of being discarded, like the “dejected, unloved wretches” who once owned the spoils he collects on late-night drives through New York City streets. “Hollow and corroded,” he is trapped between past traumas and the harsh realities of life in twenty-first-century America, where a system whose fault lines are drawn along divisions in income, immigration status, and skin color drives people to desperation, and threatens to break them. In jolting moments of self-awareness, dwelling on the pain he’s both suffered and inflicted on others, Lucien recites a three-word mantra: I am nothing.

Dwelling on the pain he’s both suffered and inflicted on others, Lucien recites a three-word mantra: I am nothing.
sharetweet

Yet America has allowed Lucien a chance at self-creation, even if only superficially. He invents stories about his past, brags of the wealth and style he possessed back home, boasts that Marie-Ange married him not out of desperation born of calamity, but for his good looks. But decades after arriving in New York, Lucien still drives a taxi, and is forced to rent rooms in KAM for extra income. As for Marie-Ange, the myths of meritocracy and attaining success through hard work alone prove equally hollow. She endures workplace hostility from jealous white coworkers conspiring to get her fired, then comes home to face an abusive Lucien.

Momplaisir deftly renders the immigrant experience in all its complexity and variety, especially as it plays out in the particular milieu of Ozone Park. Not so long ago a stronghold of second- and third-generation Italian Americans (it’s where notorious Mafia boss John Gotti operated from), the neighborhood is now home to Haitians and other arrivals from primarily Catholic Caribbean and Central American countries, who also increasingly fill the pews of local churches. She zeroes in on the gender dynamics at play in the community: men face the cultural pressures of breadwinning, but women bear just as great a burden in making ends meet, even while dealing with constant domestic and sexual demands. And she examines how white societal expectations of assimilation take a toll on the non-white men who fail to meet them, men who fear being seen as something less than masculine and so compensate with toxic cruelty. (After long shifts driving a cab, Lucien seeks amusement in the “simplemindedness” he sees in women, thrilled by “how easily he could manipulate them.”) Momplaisir also depicts how anxieties over “belonging” manifest in conflict between groups of non-white people. Whereas Lucien’s light skin was celebrated in Haiti, in America he finds it to be “merely a superficial veil thrown over distinctly African features.” On the subway, Marie-Ange notices the mutual hostility between a Haitian immigrant and an African American: “envy and resentment on both sides…. America’s native sons clutched their tenuous citizenship with the power of a vise grip, as if immigrants could somehow purse-snatch their hard-won privilege.”

And what about that house of secrets, which suffers so much it sets itself on fire? Momplaisir uses KAM as a kind of morally conscious character intimate with real-life horrors that have unfolded from Port-au-Prince to New York City. It knows the crimes and human-rights abuses of despotic Haitian president Papa Doc Duvalier—whose nominally anti-communist regime received economic and military aid from the United States during the Cold War—and the crimes committed by “self-proclaimed rescuers of the people,” the American soldiers stationed in Haiti. It feels the brutal attack on Abner Louima, the Haitian cab driver beaten and sodomized with a broken broomstick by New York City police in a Brooklyn precinct house in 1997. It mourns the 1999 murder of Guinean immigrant Amadou Diallo by New York City police, who fired at him forty-one times as he stood outside his Bronx apartment. And yet, the house observes, “at least in America there had been a semblance of justice painted in the media. Even if it wasn’t real, the gesture had meant a lot to those who could never have hoped for the same in their native country.”

And indeed, there is hope, especially as seen in Lucien and Marie-Ange’s three daughters. They are the community’s role models, winning full scholarships to prestigious universities based on their academic work and talent. Momplaisir herself has followed a similar trajectory, having been born in Haiti and going on to study at Columbia, Oxford, and New York University. Her debut reads as both an unsentimental tale of resilience in the face of struggle and a particularly modern thriller. But it also arrives as a timely depiction of the wages of structural racism, exhorting us to see the people whose lives are treated as expendable.