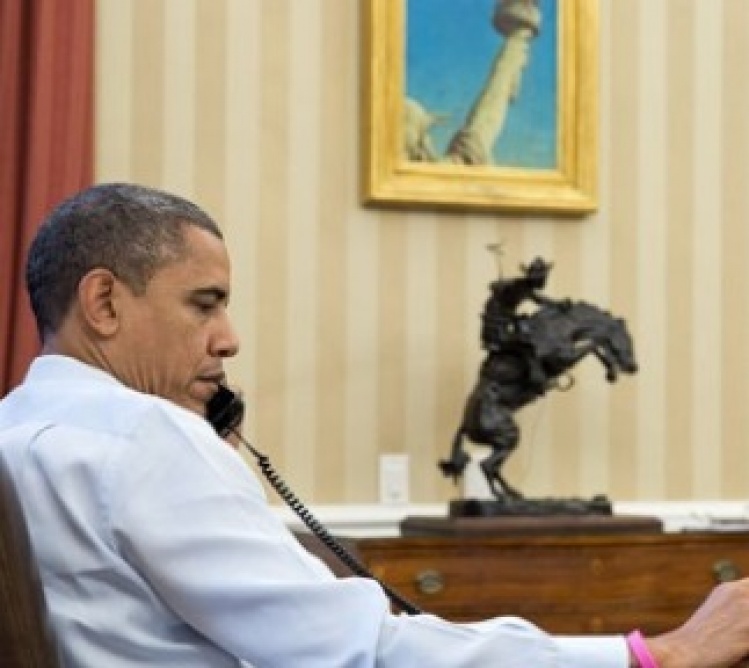 Barack Hussein Obama can begin his second term liberated by the confidence that he is already a landmark figure in American history. His task is not to manufacture a legacy but to leave his successors a nation that is more tranquil because it finally resolved arguments that roiled it for decades.

Whatever happens in the next four years, Obama will forever be our first African-American president, and our first biracial president. He has won two successive popular vote majorities. Andrew Jackson and Franklin Roosevelt, both of them icons, are the only other Democrats who managed this.

Obama fought for and signed a sweeping health care law, an accomplishment matched only by Lyndon Johnson's Medicare. He led the country out of the worst economic calamity since the Great Depression. Restoring growth will count for more on the historical scales than petty arguments over what his stimulus program achieved. He ended one unpopular war and is preparing to close another.

What he has not done is heal our national political distemper. Indeed, his very identity -- yes, as a black man, but also as someone who is urban, highly educated and culturally progressive -- sometimes served to aggravate the divides in our body politic: between the North and the South, the rural and the metropolitan, the young and the old, the liberal and the conservative, the traditional and the modernist. And racism always lurked, barely below the surface, as another force pulling us apart.

The president cannot be blamed for how others reacted to him. But so many Americans, Obama included, hoped that his identity would allow him to have exactly the opposite effect: His victory in 2008 would be the occasion for putting aside our partisan rancor, our ideological rigidity, our bitter racial history. Obama wanted to be the agent of a United States of Americain which the word "united" would become an accurate description of our polity.

It is a sign of just how divided we are that there is discord even on the question of how hard Obama worked to put discord aside. Many of his supporters believe he wasted far too much time trying to conciliate a Republican Party and a conservative movement that were irreconcilable. Critics to his right claim he never understood them and never reached out to them. His program can be fairly described as moderate and market-oriented, yet conservatives insist it was and remains radical and statist.

Obama eventually decided he could govern only if he could first win a larger argument over the proper scope and central purposes of government. His re-election should have settled the matter. But will it?

Politicized redistricting and the concentration of Democratic votes in the nation's metropolises left the House of Representatives in Republican hands. Senate rules give his opponents further blocking power. His foes are even contemplating whether bringing the government to a halt and threatening the country's credit are legitimate means for winning a battle over budgets.

Paradoxically, the fact that Obama has shed any illusions about his unique gifts as a national healer will increase his capacity to help us leave behind many of the debates that have torn our political world asunder. Tempered by the struggles of his first term, he now seems more at ease declaring exactly what he is for and what he is seeking to achieve.

In doing so, he has already won some of the tax increases that long-term fiscal solvency requires. He has laid out proposals to curb gun violence that reflect what he wants, not what he calculates might pass. In the process, he has pushed Republicans who have genuine doubts about their party's sharp turn rightward to begin to pull it back, to vote for measures rejected by a majority of their colleagues, and to ponder if there are better approaches to being conservative.

The president is now free to address the needs of the poor as well as those of the middle class. He can answer the aspirations of working people battered by economic change without fearing that promoting fairness could crater the financial system by disaffecting investors. He can set about proving that a decent level of economic security and social justice can actually foster entrepreneurial dynamism, risk-taking and inventiveness. And he can demonstrate that judiciousness in using American power abroad is a precondition for preserving and enhancing it.

An Obama less burdened by what he was supposed to be has a far better chance of being the president he hoped to be.