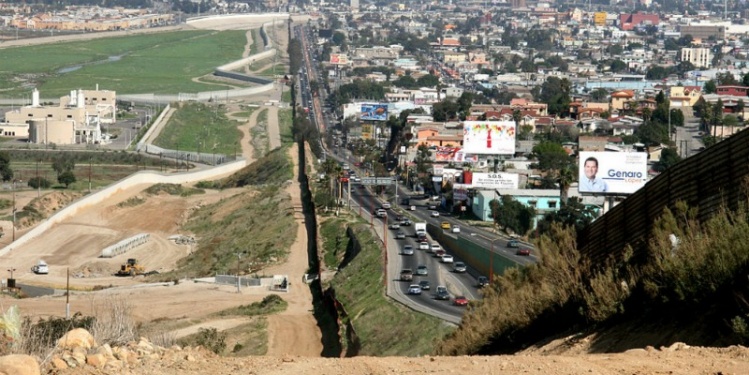 I’m going to stick my neck out in an unpopular direction and let any of you inclined to wield the axe go ahead and chop it off. The topic is immigration, documentation, and sanctuary.

My sister, who lives in a rural university town, called to report on her town council taking up the issue of whether to become a sanctuary city. The main action in such a move is to refuse to use your county’s, town’s or city’s police force as a proxy for federal immigration entities and enforcement; a petty infraction by an undocumented person in your town will not serve as an excuse for the person to be turned over to the secular arm, as it were, of the federal authorities for possible deportation. An informative article in the Washington Post lays out the relationship between local, state and federal law-enforcement authorities regarding crime and deportation.

The gamble for a city, county or town is the risk of forfeiting federal funds, a forfeiture that President Trump’s executive order of 25 January explicitly threatened. And the risks associated with that gamble – not least of all for the undocumented immigrants at its core – have been heightened further, now that the administration has announced a multifronted plan for ramped-up deportations. A front-page article in the Times today outlines this plan, and the paper’s lead editorial denounces it, calling it “an assault on American values.”

As a fervent Trump opponent, deeply mistrustful and even fearful of what his administration portends, I certainly reject his scurrilous charges about surging crime rates among undocumented aliens, and find the blatant nativism and racism of the energies he channeled during the campaign ugly and dismaying. And as a matter of sympathy, I grimace to think of families who have lived and worked here for years falling under the shadow of anxiety. Such cases as the mother who was sent back to Mexico, as her American-born children wept, wrench the emotions, and anyone failing to feel sympathy has a heart of stone. Moreover, the open collusion of our economy in demanding low-paid agricultural labor creates an inherent systemic hypocrisy that our nation finds hard to acknowledge, let alone untangle in terms of policy.

All that said, I’ll put a basic question on the table: shouldn’t people who live and work here do so legally? Doesn’t a government have the responsibility to control the nation’s borders? Christians are motivated and compelled by their own religious and ethical values, and the rich history of churches used as sanctuaries exemplifies those values. As Americans, however, we do not live in a church, but in a society of laws. Is the sanctuary movement merely a practice of concerted sympathy, a commitment to treating this and that particular case with decency and, well, Christian charity? Or is there a larger logic to it? And if so, what is that logic? What are the implications of sanctuary – not as a set of individual cases, and not for us individually as citizens capable of being either more or less merciful and charitable, but rather systemically, as policy?

A confession. For five years I was an undocumented worker – in Germany. I had gone there to be with a German woman I’d met in this country, and ended up staying for a chunk of my late twenties and early thirties. Never during that time did I seek or receive any official status. My reasons were mixed, but the most important one was fear. After three months I had outstayed my legal right to be in Germany, and as months and then years went by, I felt disinclined to risk a system that was working for me. I worried that if I attempted to make my presence official, they might say no. In fact, they almost certainly would have.

So I stayed -- illegally. Those pre-9/11 days, with their lax immigration scrutiny, seem unreal now. Over the course of seven years I went back and forth between Germany and the US at least a dozen times, and not once was my passport stamped, on either end. Meanwhile, I worked as an English teacher in adult education, I had a bank account and paid taxes, my name and address and phone number were in the telephone book. I was a de facto resident of Germany. But I had no official status.

Did I have a right to one? I certainly felt – implicitly, I guess -- that as a human being I had a right. Who doesn’t feel that way? Something you want is “over there” – a life you covet, with a community and work and a person you love deeply. What is this invisible border that somehow makes all of that “illegal”?  From a legal point of view, to be sure, I knew I had no right. I understood this, and, at a basic operational level, I accepted it. If somehow the Germans had twigged to what I was doing, and told me the jig was up, what could I have said? I was not a citizen, I was there illegally, that was that.

Of course, in certain crucial ways I was unlike the majority of the undocumented workers in our country today. I had gone to Germany not because I was driven by dire economic need and lack of opportunity at home, and not because doing so would allow me to earn five times what I could earn here (and send it back to support my family). The opportunities I sought were experiential, not economic. Does that difference change the nature of the arguments over legal status and the right to be in a country? Perhaps so; but if so, how?

All the questions I have raised so far point toward the underlying, basic one: what is the ultimate validity of borders that divide nations and peoples? I recall an argument one night with a friend in a German bar. This was in 1988, and the topic was East Germany, where tremors of political restlessness would soon erupt in a most unexpected revolution. My left-leaning West German friends were instinctive apologists for East German Communism, and I routinely lit into them for it. A country that had to resort to building a wall and deploying armed guards to keep its citizens trapped inside -- wasn’t that a blatantly awful country? Could anything at all be said in defense of a system that turned its own nation into a prison?

My friend Wolfgang, always the provocateur, challenged me. “Is your country any better?” he asked. “You build a wall to keep people out.”

I sputtered. That wasn’t at all the same, I insisted. Anyone could see that that was totally different – in fact, the diametric opposite. His point was outrageous, I said, and he knew it.

He shrugged. A wall is a wall, he said. People want to go somewhere, and a government won’t let them. “The East German government turned its own country into a prison. You turn Mexico into one.”

A provocative argument, yes; a flawed argument, probably; but one with a deeply valid human point, and any American who has benefited from the flow of peoples across the globe – which is to say, every American – owes the civic debt of acknowledging it. Most of my great-grandparents were foreigners; how about yours? America was created by an open-door policy. Nobody lucky enough historically to have gotten in should feel complacent about shutting the door now.

Yet do we simply drop all immigration restrictions and adopt a no-borders policy? That seems impossible. Failing that, where and how do we draw the lines? This is not easy. This is anything but easy, and anyone who pretends that there’s a simple solution is committing either demagoguery or wishful thinking.  The world is organized the way it is, with nations and borders. Do you have a better idea?

Concretely, there are three ways to proceed with our immigration challenges. 1) Drop all or most immigration barriers and have a free flow of peoples across borders;  2) Set the policy that we want to have, and then enforce it;  or 3) Look the other way vis a vis the actual laws on the books, and let instinct, custom, and political and economic factors drive the actual policy enforcement.

For the most part we have been doing #3.  Periodically, we try to clean up the mess with a dual proposal: amnesty for those already here, combined with rigorous enforcement from now on. The problem with these attempts is that the amnesty occurs, but the rigorous enforcement doesn’t. The influx continues, for a whole host of reasons.

There are situations in civic life when a don’t-ask, don’t-tell policy may make sense, but is this one of them? It’s obvious that disregarding the law in a systemic way has created a political backlash; arguably, it created the Trump presidency. The problem is exacerbated by the opaque language deployed by those who oppose rigorous enforcement. The Times article calls the administration’s policies “a rejection of the sometimes more restrained efforts by former Presidents Barack Obama and George W. Bush and their predecessors, who sought to balance protecting the nation’s borders with fiscal, logistical and humanitarian limits on the exercise of laws passed by Congress.” Hmmm. When you parse that, it seems to advocate selective enforcement of immigration laws – option #3, in other words. Similarly, the Times editorial urges the U.S. to “be committed to the sensible, proportionate application of laws, welcoming to immigrants, and respectful of the facts.” The nation’s leading newspaper is arguing that the law should be enforced “proportionately.” In other words, partially ignored.

On the whole I would favor option #2. If you don’t believe in the policy that’s on the books, then ditch it. Decide what you want your immigration policy to be, and change the law accordingly. Make the policy you want to have. Make it more liberal – way more liberal, if you can. Then enforce it.

If we had done that twenty years ago, we might not be where we are right now.

About Schmidt | The Pianist