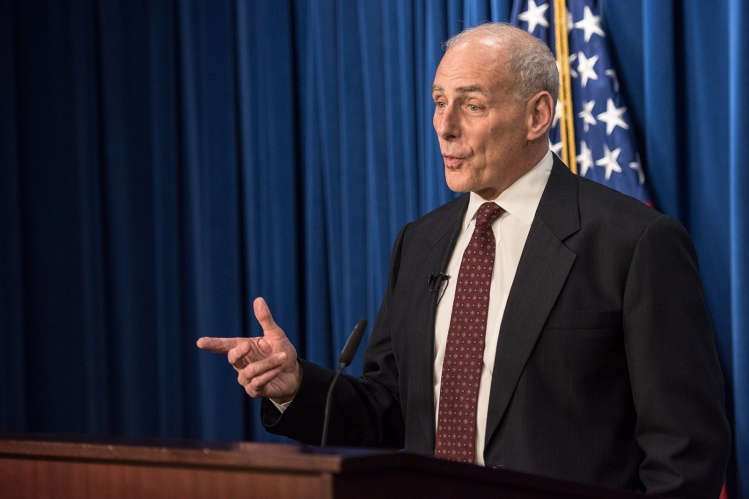 In his heartfelt October 19 lament to the White House press corps, White House Chief of Staff John Kelly got many things wrong, but he was not wrong about how little contact most Americans have with those serving in the military. The retired Marine general, whose own son was killed in Afghanistan, decried the fact that Americans no longer seem to believe that “selfless service to the nation is not only appropriate, but required.” There are, of course, many reasons why that sentiment has atrophied, not least among them a seemingly endless string of undeclared, unjust, and unwinnable wars, and a domestic culture that exalts self-interest as the unquestioned engine of prosperity and human fulfillment. Kelly gave a moving account of how the dead are honored by their comrades and how the families of those lost in combat are cared for by the military. He spoke eloquently of the satisfactions of a life dedicated to others, of the “wonderful joy you get in your heart, when you do the kinds of things our service men and women do—not for any other reason than they love this country.” Yet Kelly also expressed dismay over the loss of respect for what he called “sacred” things—for women, religion, Gold Star families, and the “dignity of life.” Democracy itself did not make his list of endangered values.

Military service, of course, is not the only way to demonstrate a love for neighbor and country. Politics, a vocation much maligned by this president and his supporters, is just as vital to the health of our democracy. A free and fearless press is also essential. On that score, Kelly evinced a barely concealed resentment, if not contempt, for Congress and the media. The putative purpose of his remarks was to set the record straight concerning President Trump’s response to the deaths of four servicemen in Niger. Initially, Trump deflected questions about his delay in contacting the families of the fallen by falsely claiming that President Obama had been derelict in carrying out that duty. When Trump did call Myeshia Johnson, the widow of Sgt. La David T. Johnson, he evidently botched the job by telling her that her husband “knew what he signed up for.” Although there is no reason to think Trump was trying to be insensitive, it is hardly surprising that Johnson took offense at this inept attempt at consolation. As it turns out, Rep. Frederica S. Wilson (D-Fla.), an old and close friend of the family, was with the soldier’s widow when she received the call, and subsequently criticized the president’s remarks.

Trump has alarmingly surrounded himself with generals, but as this incident demonstrates, high military rank is no guarantee of infallibility. The fact that Congresswoman Wilson had listened to the phone call and then publicly criticized Trump “stunned” Kelly, and he proceeded to lambast her as an “empty barrel” seeking to politicize what should have been a “sacred” and confidential moment. To further discredit her, Kelly told what turned out to be a completely erroneous story regarding a supposedly similar offense committed by Wilson while dedicating an FBI building in Florida. A video of Wilson’s speech soon appeared, showing she had done nothing of the kind.

The isolation of those in the military is yet another symptom of the nation’s faltering belief in shared duties and democratic institutions.
sharetweet

Perhaps most disturbing of all, at the conclusion of his remarks Kelly said he would take questions, but only from members of the press who were “a Gold Star parent or sibling” or who know a Gold Star “fallen person.” That imperious demand, from a man thought to be a force for sanity and moderation in an administration that notoriously flouts ethical and constitutional norms, is cause for grave concern. The isolation of those in the military (less than 1 percent of Americans serve) is yet another symptom of the nation’s faltering belief in shared duties and democratic institutions. In suggesting that only those with military experience have a right to question him, Kelly only deepened the sense of mutual misunderstanding and mistrust. Kelly’s understandable allegiance to those in uniform, and especially to fallen comrades, seems to have engendered a disdain for the people they serve. Questioned about the numerous errors in Kelly’s statement about Congresswoman Wilson, White House Press Secretary Sarah Huckabee Sanders warned off the press in similar fashion the next day: “If you want to go after General Kelly, that’s up to you. But I think that—if you want to get into a debate with a four-star Marine general, I think that that’s something highly inappropriate.”

John Kelly is no longer a four-star general; he is White House chief of staff, a political position. No one should question his devotion to country or his integrity, but his apparently dark view of American politics and society may be closer than anyone suspected to that of his boss, the man who railed against “American carnage” in his inaugural address. Questioning Kelly is not just appropriate; it is a democratic duty and imperative. No military experience is required.