From Russia with Dread 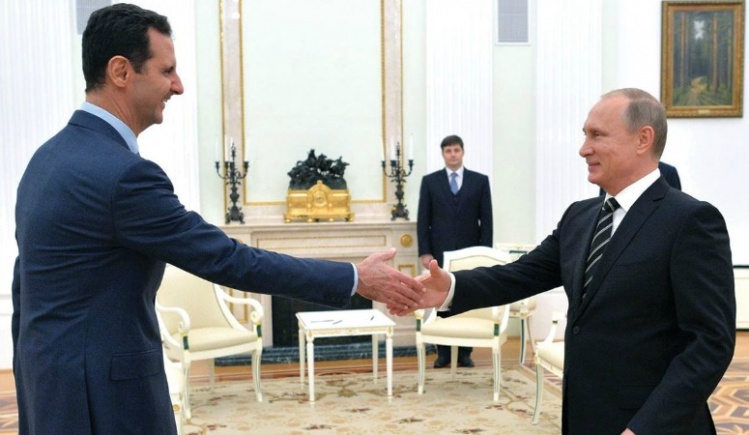 How is it that Vladimir Putin rules Russia with such brazen self-interest, yet wins approval ratings of 80 percent and up from Russian citizens? Russia’s annexation of Crimea, aggression in Ukraine, and intervention in Syria all have increased the probability that the man’s decisions will sooner or later set off some larger conflagration, yet the dynamics of his rule over the Russian Federation remain, to Western observers, wrapped in enigma. What explains these loyalties? How durable are they? Three journalists with long experience in Russia have recently tried to untangle these questions.

Anne Garrels takes us deep into the provinces to explore the nature and origins of Putin’s popularity. A longtime foreign correspondent for NPR, for years she has returned regularly to Chelyabinsk, a former Soviet closed city where she was one of the first Western visitors following the collapse of the USSR. Life is rough in Chelyabinsk. Drugs permeate society; men keel over at sixty-five with their livers in ruins; brutal hazing claims the lives of military servicemen; contaminated rivers run yellow in summer and orange in winter; and an hour-long stroll by the side of a bog used for nuclear waste dumping in the 1960s delivers a lethal dose of radiation decades later. Yet this, as Garrels’s title tells us, is Putin country, the heartland of the president’s support despite the calamitous conditions over which he presides.

Why do Russians support and even seemingly admire this ruthless authoritarian? In some sense, the question is too broad to have an interesting answer. Early on Garrels lays out a string of customary explanations: the traumatic “anarchy” of the 1990s, the thirst for “stability and a sense of national pride,” resentment of the West, political complacency, and the lack of a viable opposition. What she goes on to elicit from her Russian interviewees adds little depth to these themes. Some of Garrels’s subjects air their frustrations with the country’s nouveaux riches, vent their jingoism and wounded pride, and spin fabulistic defenses of the bygone Soviet Union and its accomplishments. Others test out more comprehensive explanations for their country’s plight. One businessman appeals cockily to a crude development logic. “America had its period like this. We will work it out. Don’t worry.” Two idealistic teachers struggle to explain the “moral degradation” of their country, referring to “a war against us, not with weapons, but a kind of spiritual war from the outside,” and confessing that “we are guilty too because we give in to the worst influences.” They even theorize that the bloodletting of the twentieth century has permanently damaged Russia’s gene pool, leaving the country with inferior human stock.

Historical, moral, genetic: Garrels’s book is not up to the task of adjudicating these theories. Her book is structured largely around profiles of social subgroups—doctors, addicts, parents, the disabled, protestors, gay people, Christians, Muslims—and illustrated by brief portraits of acquaintances and friends. Putin Country has a strong NPR flavor: it is intelligent, sober, humane, and respectable, easy to imagine being read on the air by a soothing public-radio voice. But the “slice of life” style deceives if it encourages us to think that we are considering the problems of people more or less like us, problems that might be solved if they were to become just a bit more like us.

Marc Bennetts throws his spotlight on a very different stage. I’m Going to Ruin Their Lives takes up the protests that broke out after rigged elections brought Putin back to the presidency in 2011. The book is unapologetically Moscow-centric (“it is in the Russian capital that history has always been made”) and aims to describe “Russia’s beleaguered protest movement in all its bewildering diversity.” In the process it provides a good recap of the past few years of Russian political dramas. The initial chapters track Putin’s rise and the material security and national sovereignty he prides himself on having returned to Russia, as well as the political forces arrayed for and against him, from cultish pro-government youth groups to liberals, hard leftists, nationalists, and anticorruption activists.

For Russian liberals to whom Dmitri Medvedev’s term in office had given a whiff of hope, his bashful acquiescence to Putin’s return candidacy and the latter’s implausibly smashing reelection were an intolerable humiliation. In December 2011, thousands took to the streets in protest. “There was a sense that history was being made, that Russia’s destiny was being decided right there, on the streets of Moscow,” writes Bennetts.

As more and more people clicked “Like” on the Facebook page set up to co-ordinate protests, a wave of enthusiasm swept through a generation of young, educated and middle-class Russians. In Moscow, newly forged political activists attended protest-planning sessions at the capital’s hip Masterskaya club or cafés in the former Red October chocolate factory, now transformed into a media and arts complex.

You may feel an icy wind of futility race by your bones as you read those sentences. If you are reminded of the overexcited reportage that came out of the Arab world in 2011, you are not alone: Putin, too, obsessively tracked the grisly fate of Libya’s Moammar Qaddafi and vowed to avoid it. By every appearance, he succeeded, Facebook notwithstanding. “They ruined my big day,” he remarked at the time. “Now I’m going to ruin their lives.”

The other centerpiece of Bennetts’s book is the trial of the punk-rock band Pussy Riot. The all-female quintet slipped into Moscow’s Cathedral of Christ the Savior—reopened in 2000, almost seven decades after Stalin dynamited the original—to film a blasphemous protest song in which they called on the Virgin Mary to drive Putin out of office. The group was arrested and prosecuted, and two were sentenced to two-year jail sentences (later commuted). It is hard not to sympathize with the surly, brave, sarcastic young band members, caught in a legal esperpento in which the court undertook to adjudge matters such as whether scatological oaths offend God. For some reason Bennetts feels the need to treat their invocation of religious language, by all appearances rather shallow, as profound, even as he gradually slips from lionizing Pussy Riot to criticizing them, blaming the band for causing a distracting, damaging sideshow that has only further polarized Russian politics. In one deflating detail, one of the rockers’ husbands speaks of revolution while “stuffing his face with breadsticks.” Yet Bennetts often makes it hard to distinguish between buffoons and heroes, and the bread-eater provides one of the book’s pithiest summaries of Russian political culture: “If you attack, you have to be sure to take your target down. If not, expect to be eaten alive.”

Where Garrels’s and Bennetts’s books serve up mostly straightforward reporting—descriptions of things observed—David Satter always provides something more. His panoramic, probing books on Soviet and post-Soviet Russia do not shy away from searingly opinionated big-picture theories, as when in Darkness at Dawn (2003), his book about the 1990s, he asserts that “the low value attached to human life” is a “basic reality in contemporary Russia,” stemming from “the fact that society and its institutions are not anchored in an appreciation of ethical transcendence.” This kind of thing gives you something to chew on. Where Satter’s previous books tended toward the meditative and multivocal, recording conversations and monologues nearly in the style of Svetlana Alexievich, his new book, The Less You Know, the Better You Sleep, is a starker J’accuse. Satter’s primary target is the 1999 apartment bombings used to justify the Second Chechen War, which he alleges were false-flag operations carried out by state security services. He further accuses the Russian government of handling the hostage situations in the terrorist-held Dubrovka Theater in 2002 and Beslan school in 2004 with minimal regard for human life. And he describes how Russia’s aggression in Ukraine fits into a larger pattern of crises manufactured in the interests of the state.

Satter’s accusing finger is not pointed only at Yeltsin and Putin and their Chekist henchmen, however, but at naïve Westerners too, those intellectuals and reporters and diplomats who view Russia as just a slightly distorted version of our own society. “Understanding Russia is actually very easy,” Satter writes, “but one must teach oneself to do something that is very hard—to believe the unbelievable. Westerners become confused because they approach Russia with a Western frame of reference, not realizing that Russia is a universe based on a completely different set of values.” What are those differences in values? One good place to start, Satter suggests, might be the way we Americans “take it for granted that the individual has inherent worth and is not just raw material for the deluded schemes of corrupt political leaders.” Such observations remind the reader that even in this brief, exasperated book, Satter’s metaphysical lens remains intact.

Joshua Dill is assistant director of publications at the Victims of Communism Memorial Foundation in Washington, D.C.

A Backpack, a Bear, and Eight Crates of Vodka