A Backpack, a Bear, and Eight Crates of Vodka 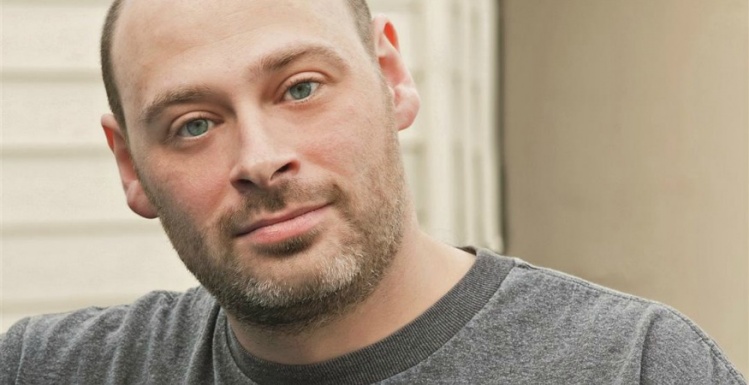 Lev Golinkin’s new memoir, A Backpack, a Bear, and Eight Crates of Vodka, tells the story of his Russian Jewish family’s emigration from Soviet Ukraine to the United States in the waning days of the Cold War. A gripping account of a family’s flight from tyranny, Golinkin’s memoir also delves into the experience of everyday life under totalitarianism, the effects of official and cultural anti-Semitism, and the difficulties of growing up as a refugee with a past that you would rather forget.

At a historical distance of twenty-five years, discussions of the Soviet Union can devolve into kitschy humor. “In Soviet Russia, television watch you,” and all that. In his memoir, Golinkin often adopts this snappy, sardonic tone. Soviet parades were, he says, the world’s gold standard. “Macy’s has balloons. We had intercontinental ballistic missiles rolling through Red Square.” Even the book’s design—the cover is, naturally, red and black, featuring blocky letters and a hammer-and-sickle—and its catchy title participate in this. But the backpack, (teddy) bear, and crates of vodka of the title are items that Golinkin’s family was able to bring along when they fled the Soviet Union, the vodka serving to bribe all the venal Communist functionaries they had to deal with on their way past the iron curtain. Humor, though, is sometimes the best way to deal with an impossible situation—that must have been the philosophy of Lev’s father when he wrote a formal letter informing bureaucrats back in the Soviet Union that he didn’t mind their keeping the royalties to his patents (his life’s work, stripped of him when he emigrated) as long as they shoved them you-know-where.

The humorous tone doesn’t prevent the author from engaging with topics of deadly importance. The book’s message is, simply put, extremely harsh in its anti-Communist verdict. Golinkin describes the regime’s “cultural castration” of its people as follows: “They killed the priests, they killed the rabbis, they killed the teachers, they killed the judges, they killed anyone and everyone who was a source of knowledge and inspiration.... They killed with diligence, they killed with pride, they killed and they killed until there wasn’t a man left who could recite so much as a damned nursery rhyme.... The souls of the people left bare and trembling, the Communists’ goal had been accomplished.” It is amazing to read the account of a child’s experience of totalitarianism: “I don’t remember learning to be afraid of them, the police...or that certain words like ‘synagogue’ are not to be uttered except in the apartment, but I know it, as surely as I know a hot stove will burn my hand.” Even after moving to the United States, the Golinkin family continues to be terrified of the police for some time. It is a stark reminder of what life in the Soviet Union was like.

Central to the book is the experience of anti-Semitism, both official and cultural. As an ethnic Jew in Kharkov (current-day Ukraine), Lev is beaten up by schoolmates and menaced by strangers. One of the most important experiences of his life comes when his childhood friend Oleg begins to examine him in a mirror and tells him, “You are a zhid. I know you are. You have the ass of a zhid, the face of a zhid...we learned how to look for them in school.” Suddenly Golinkin perceives his physical features as those of a despised Jew. “I hated myself and I wanted others to hate me,” he abruptly states at the end of the chapter. This episode has long-lasting effects: if we are to take what he says at face value, he avoided looking in mirrors for over a decade because he so loathed what he identified as his Semitic features. That is stunning on a purely psychological level and seems to demand some extra analysis of why Lev personally experienced this level of self-hatred for so many years.

Occasional flashbacks and flashforwards hint at the fact that the book recounts an adult’s reckoning with his past, but its primarily chronological structure means it reads like a story, and that the thematic centrality of anti-Semitism is sometimes obscured. It is disconcerting, for example, when Lev, whom we have known for two-hundred pages as a funny and engaging storyteller, is suddenly confiding to someone “that I hated myself...that I had been afraid for as long as I could remember.” By the end, it becomes clear that the major drama of the book is Golinkin’s attempt to reconnect with a past that he’d previously attempted to discard completely. “Ten years of rigorously excising the shreds of my childhood had left me raw and exposed,” he says, but for us his entire childhood has just been accounted for in a fairly coherent way: episodic, but by no means shredded.

Religion, on paper a decisive factor in the Golinkins’ flight, plays an ambiguous role in their story. Like many Soviet Jews, the family had only a tenuous connection to Judaism as a religion, with Lev’s father going to personal risk to procure matzah for Passover but having only a hazy idea of the meaning or even the date of the holiday. While the Soviet Union’s suppression of Jewish identity is presented as an act of cultural terrorism, Golinkin reports that he and his father were less than enthusiastic about adopting their ancestral religion after arriving in America. He even quips that he went to a Jesuit university to further distance himself from his Jewish heritage. It is curious, however, to see a prayer by Oscar Romero reproduced in full near the end of the book, paired with a final episode in which Lev sets out to find a woman in Austria who had, years before, given him a jacket—a moving diptych that helps close out this story.

Golinkin’s straightforward and vivid narration of his emotional crises and turning points makes for an interesting contrast with the cerebral and meditative analysis of Maxim Shrayer’s memoir Waiting for America (2007). Shrayer’s family, like the Golinkins, were Jewish émigrés from the Soviet Union who emigrated with help from HIAS, the Hebrew International Aid Society. “Documentary homebrew is aged, purified, and given an artistic vintage by the writer’s conscious use of language, style, and narrative structure,” Shrayer says in his preface, a sentence that gives a feel for the book as a whole—self-conscious in its stylistic and structural approach, and aspiring to take its place next to the memoirs of other Russian émigrés who coaxed the memory to speak. Certainly, the fact that Shrayer was older when he emigrated meant that the experience took a much different place in the course of his life. He probes his memories for their meanings to a greater extent, while simultaneously recognizing their limitations (“the sentimental often becomes ludicrous in retrospect, so let me stop right there,” he remarks at one point). In Shrayer’s account, the child’s terror felt by Golinkin is replaced by an adult’s feelings of alienation and displacement. “[I] was now a Soviet provincial on the streets and squares of courtly Vienna.... Imagine how I felt—as though I’d just been born. I remember slowly traversing Stephansplatz.... The year was 1987. The Berlin Wall hadn’t come down yet. I had a few schillings in my pocket and several shots left in my old Russian camera.” Nevertheless, for Shrayer as for Golinkin, emigration marks a major emotional and psychological turning point. His summer in Austria and Italy, he says, “paved the way for the detachment of the Russian ‘I’ from the American ‘me.’”

Golinkin’s memoir paints his past with the primary colors of childhood, adolescence, and young adulthood. Through moments of humor and horror, funny anecdotes, and sardonic asides, Golinkin invites us to witness the events and meet the figures of his past as he comes to terms as an adult with the relationship between his own past “I” and present “me.”

Joshua Dill is assistant director of publications at the Victims of Communism Memorial Foundation in Washington, D.C.

From Russia with Dread