The Roots of Baltimore's Anguish 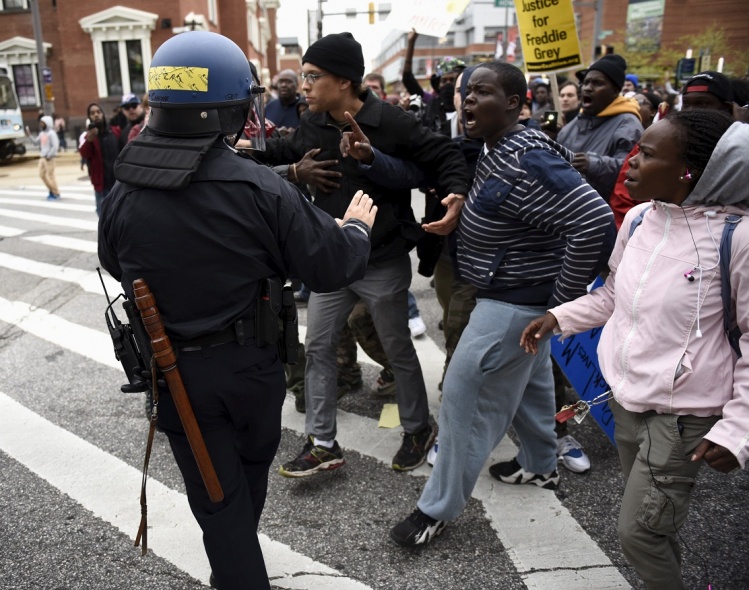 The violence that has engulfed Baltimore is visible and heartbreaking evidence of a city that has been under siege for decades.

The obvious flashpoints involve race and policing. But since at least the 1970s, the economy’s invisible hand has also been diligently stripping tens of thousands of blue-collar jobs from what was once a bustling workshop where steel, cars, and planes were made. Baltimore has tried to do its best in a post-industrial economy, but when work disappears, the results can be catastrophic.

Urban riots call forth an avalanche of glibness. Tragedies allow us to ride our hobby horses and to repackage the same arguments we were advancing before the first stone was thrown and the first fire set. So I will stipulate that the violence in Baltimore has multiple causes, beginning with the troubling death of Freddie Gray and a nationwide backlash against police treatment of young African-American men.

And let us celebrate this week’s signs of civic vitality as residents mobilized quickly to condemn the violence, take back their streets, and clean up the damage caused by lawbreakers.

But President Obama was right on Tuesday to express impatience with our typical response to these terrible episodes. “Everybody will feign concern until it goes away, and then we go about our business as usual,” he said. We tend to ignore urban injustices, he said, except “when a CVS burns” or “when a young man gets shot or has his spine snapped.”

Yet at a moment when the debate over the president’s push for the Trans-Pacific Partnership trade deal is one of Washington’s central battles, Baltimore is Exhibit A for why there is such frustration over how the costs of globalization and technological change have been borne almost entirely by the least advantaged people in our society.

Baltimore and its inner suburbs were once home to the vast manufacturing facilities operated by Bethlehem Steel, General Motors, and Martin Marietta, notes Thomas J. Vicino, author of Transforming Race and Class in Suburbia: Decline in Metropolitan Baltimore. In 1970, about a third of the labor force in Baltimore and its first-tier suburbs was employed in manufacturing. By 2000, only 7 percent of city residents had manufacturing jobs, and the losses have continued since. An awareness of this, Vicino says, should shape our understanding of what’s happening in the city now.

“We need to reframe the problem more broadly than racial profiling and police brutality,” Vicino, a professor at Northeastern University who grew up in Maryland, said in an interview. “These are major issues and have been for decades, and we need to deal with them. But the bigger context is the globalization of the economy, technological change, and deindustrialization.

“This is a double-whammy for poor black people left in the city,” he continued. “They are not in a position to share in the development downtown and, with the loss of manufacturing jobs, they are left, at best, with access to relatively low-paying service jobs. This, in turn, creates a spiral for those left behind, damaging families and devastating neighborhoods.”

This cycle hurt working-class whites as well, Vicino added, “but whites were in a better position to move elsewhere, whereas black mobility was limited by housing discrimination.”

William J. Wilson, a professor at Harvard, teaches an acclaimed course based on The Wire, the breakthrough HBO show set in Baltimore. He is also the author of the book When Work Disappears, a phrase I borrowed earlier, in which he offered a central truth: “Regular employment provides the anchor for the spatial and temporal aspects of daily life. It determines where you are going to be and when you are going to be there. In the absence of regular employment, life, including family life, becomes less coherent.” Again: Should Baltimore’s problems surprise us?

We can debate the merits of the Trans-Pacific Partnership another day. But what even the staunchest supporters of free trade cannot deny is that the promises of globalization ring very hollow in the parts of our nation that have been decimated by economic change. Our leaders keep pledging relief to individuals and communities left out of the bounty that trade and technology create. Yet, as Obama conceded, “I’m under no illusion that out of this Congress we’re going to get massive investments in urban communities.”

So where will the help come from? Or will we just go back to “business as usual”? The people of Baltimore and all the other places the invisible hand has left stranded deserve better.

Witness for the Defense