"It's an outrage," Peter Saunders told the National Catholic Reporter, that Pope Francis appointed Juan Barros--a man accused of covering up and witnessing a priest's acts of sexual abuse--bishop of Osorno, Chile. (Barros denies both allegations.) "That man should be removed as a bishop because he has a very, very dubious history--corroborated by more than one person," according to Saunders, a member of the pope's new Commission for the Protection of Minors, and a clergy-abuse victim. Saunders went so far as to say that he would consider resigning if he doesn't get an explanation. He wasn't the only commission member who was shocked by the pope's decision. "As a survivor, I'm very surprised at the appointment in Chile because it seems to go against...what the Holy Father has been saying about not wanting anyone in positions of trust in the church who don't have an absolutely 100 percent record of child protection," said Marie Collins. On March 31 the Holy See announced that the Congregation for Bishops had found no "objective reasons to preclude the appointment."

That did not sit well with Saunders, Collins, and two other members of the commission (there are seventeen in total). So they flew to Rome last weekend for an unscheduled meeting with Cardinal Sean O'Malley, president of the body. What a difference a day makes. "The meeting went very well and the cardinal is going to take our concerns to the Holy Father," Collins told NCR on Sunday. The group issued a brief statement explaining that while they are not charged with investigating individual cases, "The process of appointing bishops who are committed to, and have an understanding of child protection is of paramount importance." The statement continued: "In the light of the fact that sexual abuse is so common, the ability of a bishop to enact effective policies, and to carefully monitor compliance is essential. Cardinal O'Malley agreed to present the concerns of the subcommittee to the Holy Father." That's quite a bit different from decrying the appointment as an outrage. Did Cardinal O'Malley bring them back from the brink simply by listening? What's going to happen after he shares their concerns with Pope Francis?

Tough to say. It's not as though the pope is left with any good options. Leave Barros in, watch the Diocese of Osorno burn, and risk blowing up the sex-abuse commission. Remove him and earn the ire of the world's bishops for giving in to the mob. (I wouldn't downplay that worry; it would be widely viewed as a dangerous precedent.) Should the appointment have been made in the first place? I don't think so. But it's been made. And now that the Congregation for Bishops has announced that there is no objective reason not to have appointed Barros, the pope's hands are pretty well tied. Do commission members appreciate that bind? I hope so. Because this already confounding case won't be clarified any time soon. This may not be the hill they want to die on. 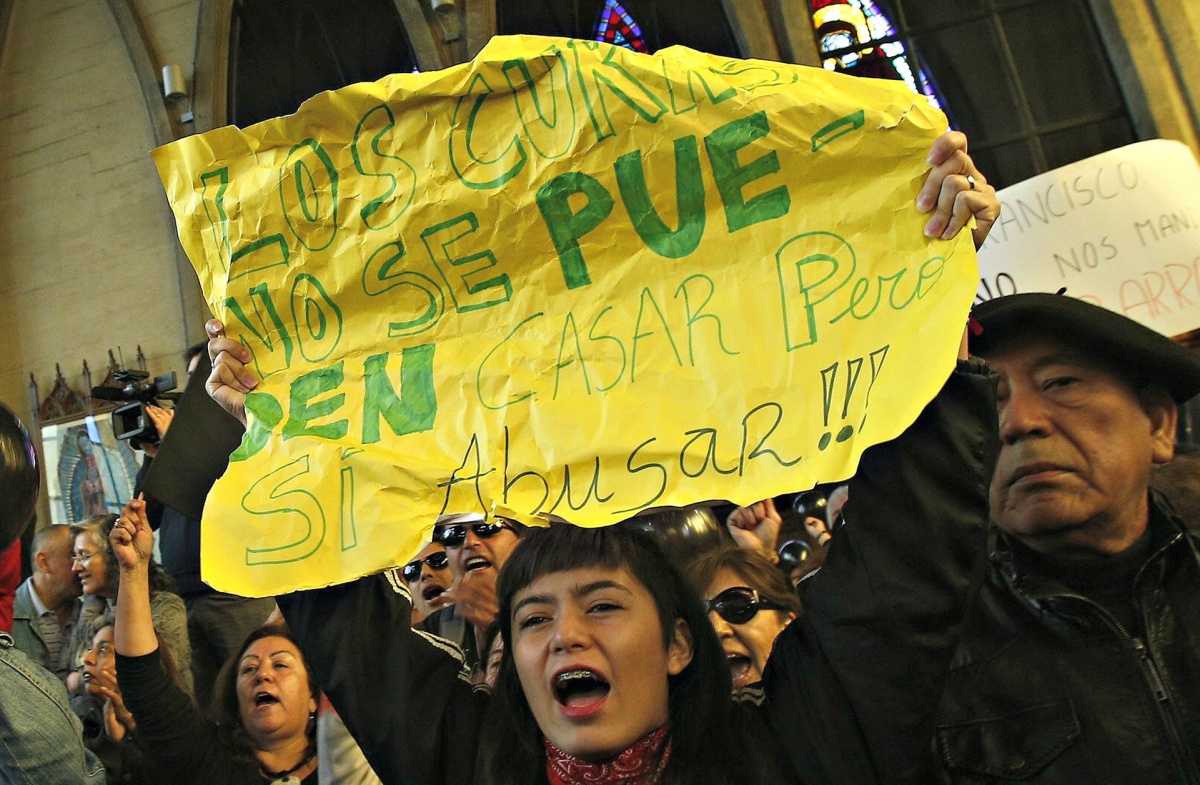