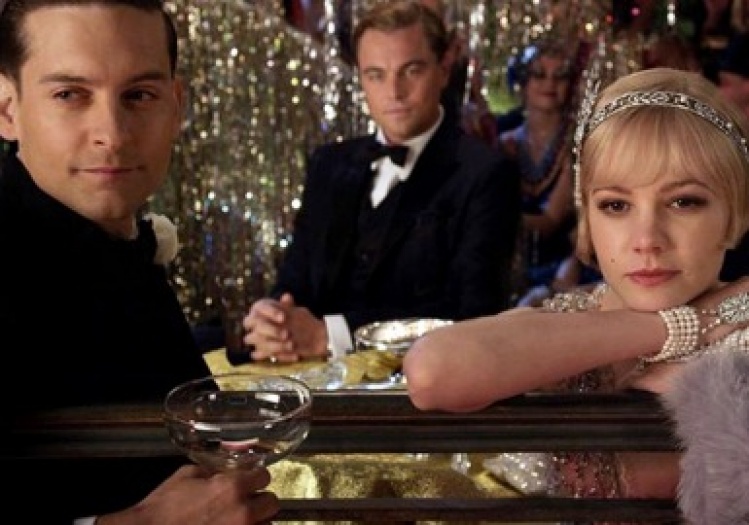 When I heard that Baz Luhrmann was filming The Great Gatsby, I gagged. Sure, the Australian director’s feature debut, Strictly Ballroom, was a delightful piece of camp, but this was followed by a Romeo + Juliet that killed the star-crossed lovers with cinematic tricks long before poison and poniard did them in. Then there was Moulin Rouge!, a migraine-inducing musical that looked like a two-hour commercial in search of a product, and Australia, a catalog of cowboy clichés aspiring to be a national epic. Poor Gatsby! He’d already been assassinated three times on the big screen. Couldn’t his corpse be left floating in that swimming pool once and for all?

But these things aren’t predictable. Luhrmann’s Gatsby turns out to be a triumph of both faithfulness and daring. It conveys some of the novel’s glories and possesses virtues all its own. I realized all would be well about five minutes into the movie when we first meet the narrator, Nick Carraway (Tobey Maguire), as he hurries to his job selling bonds on Wall Street. Starting from the height of a Manhattan skyscraper, the camera hurtles straight down toward Nick’s upturned face as he smiles at us blissfully from the midst of the rush-hour mob. The sensation of being alive, alert, and happily plugged into capitalism’s creative and destructive energies has never been so neatly captured. Here is a young man about to receive a sentimental education in an era and place redefining all sorts of sentiments.

And of course that education comes from being an observer and abettor of the destiny of Jay Gatsby (Leonardo DiCaprio), a nabob from nowhere comfortably ensconced in a Long Island mansion near Nick’s shabby rented villa. Drawn into Gatsby’s glamorous orbit, Nick quickly becomes a willing pawn in his enigmatic neighbor’s attempt to win back the love of his life, Daisy (Carey Mulligan), who happens to be Nick’s cousin and is married to a polo-playing brute named Tom Buchanan.

As staged by Luhrmann, Gatsby’s parties verge on being Roman orgies. Fitzgerald once considered calling his book Trimalchio in West Egg because, like that other social upstart in Petronius’s The Satyricon, Gatsby uses his parties to advertize his bounty. The novelist could afford to describe these blowouts economically since his readers were already familiar with such affairs through experience or hearsay. But Luhrmann knows that, removed as we are by nearly a century from that era, the Roaring Twenties must be made to roar again. So he lays on the garish extravagance with gusto—Harlem dancers, grand pianos, empty whiskey bottles in the swimming pool, waiters doubling as bouncers, Charlestons, fox trots, the works. The use of hip-hop on the soundtrack has been criticized, but what the critics don’t seem to get is that while we moviegoers are hearing rap, the characters are hearing jazz. The aural disjunction is Luhrmann’s attempt—successful in my view—to communicate the shock ’20s jazz delivered to genteel sensibilities.

However wild, Gatsby’s parties are all part of his careful design. Everything he displays to the public constitutes an implicit promise to Daisy that he is a modern American magnifico with the power to protect and cherish her. She isn’t merely a woman he desires but the finishing touch of his self-invention. Gatsby’s obsession has to it more than a hint of madness, whose tremors are felt in his parties before he even appears on screen.

When Leonardo DiCaprio finally does show up (an entrance charmingly heralded by Gershwin’s Rhapsody in Blue), it’s clear that the actor understands Gatsby’s doubleness: on the one hand, the sartorial elegance, the self-delighting generosity, the country-squire jocularity (he addresses male acquaintances as “old sport”); on the other hand, the insecurity of a man not just self-made in the financial sense but radically self-contrived. This Gatsby has the slight twitchiness that such insecurity can cause, and panic appears whenever his carefully guarded persona is challenged. Neither Luhrmann nor DiCaprio shrink from the fact that Gatsby is, after all, a bootlegger, even a gangster, though an unusually sensitive one. Long before the bloody climax, we see signs of violence just beneath the film’s glossy surface. Robert Redford lacked pathos in the 1974 film because he came across with the unruffled cool of a successful CEO, but DiCaprio knows that Gatsby hasn’t had quite enough time to settle into his role. He’s conspicuously well dressed, but also aware of being a bit of a runt, and he enunciates “old sport” with a hick’s idea of a WASP accent. This Jay Gatsby is a work in progress, never to be finished, and his callowness heightens the tragedy.

The script, written by Luhrmann and Craig Pearce, makes two important changes to the original story, one of which works. Midway through the novel, Gatsby reveals to Nick some of the truth about his impoverished childhood, but the reader doesn’t find out why Daisy left Gatsby for Buchanan until the last thirty pages, and so the hero remains a glittering enigma through most of the book. By revealing more of the millionaire’s background much earlier than Fitzgerald does, Luhrmann and Pearce sacrifice some of the character’s mystery for greater empathy: knowing all along about Gatsby’s humble origins, we suffer with him as he mingles with the swells and pursues his heart’s desire.

But I disliked the script’s addition of a framing device: Nick writing the story at his psychiatrist’s behest as he recovers from a nervous breakdown. Both in the novel and in the film, Carraway seems too normal, too grounded, to let Gatsby’s tragedy undo him this drastically, and Toby Maguire’s usual nice-guy solidity, appropriate for the main narrative, jars with the gimmickry of making the story a therapeutic memoir.

If possible, see the 3-D version. As usual, the 3-D production process has the effect of detaching the foreground from the background, so that the actors look as if they were performing in front of dioramas, but in this case, that effect becomes something of a virtue. For Gatsby is living in a kind of fantasy world of his own design. He’s never really at one with his surroundings, and 3-D emphasizes this.

Luhrmann’s penchant for fast cuts, which rendered Moulin Rouge! airless, here supports the characterizations. When Gatsby speeds into Manhattan while telling Nick tall tales about his past, the rapid shots of his yellow Duisenberg roaring around corners and in and out of traffic become a commentary on the millionaire’s blarney but also a reflection of his energy and swashbuckling charm. (These shots also foreshadow the part this car will play in the catastrophe to come.) Nick’s reunion with Daisy takes place in a drawing room where breezes billow white curtains. Shots of Daisy on a divan mingle with shots of waving draperies, making her look almost cloud-borne. Is she ethereal or just emotionally flimsy, or both?

Daisy is a nearly impossible role to fill because she must be the girl of our dreams as well as Gatsby’s. I loved Carey Mulligan in An Education and Shame, but her specialty is vulnerability mitigated by common sense and pluck. Here she is intelligent and sometimes moving, but she never communicates the essence of Daisy: the princess entitled to sleep on silk sheets and unable to imagine how anyone could settle for mere linen.

The strapping Joel Edgerton, a kind of Australian Burt Lancaster, has no trouble conveying Tom Buchanan’s heartiness, but he also shows us this well-heeled ignoramus’s love for Daisy. Elizabeth Debicki, towering over nearly every man in the cast, is Jordan Baker to the life, and it’s not her fault that Fitzgerald gave her so little to do in the second half of the story. As the pathetic Wilsons, unconscious instruments of Gatsby’s doom, Isla Fisher hits only the most obvious notes but Jason Clarke nicely communicates the pathos within a poor slob’s devotion to his blowsy wife.

Jay Gatsby is an American archetype, and archetypes never go away. The same day I saw the movie, I caught an episode of Mad Men, and there was Don Draper, born Dick Whitman but reborn from the ashes of the dead man whose name he stole, suave, splendidly accoutered, a prince of his profession, envied by males, desired by women, self-made and self-hating. Gatsby lives!