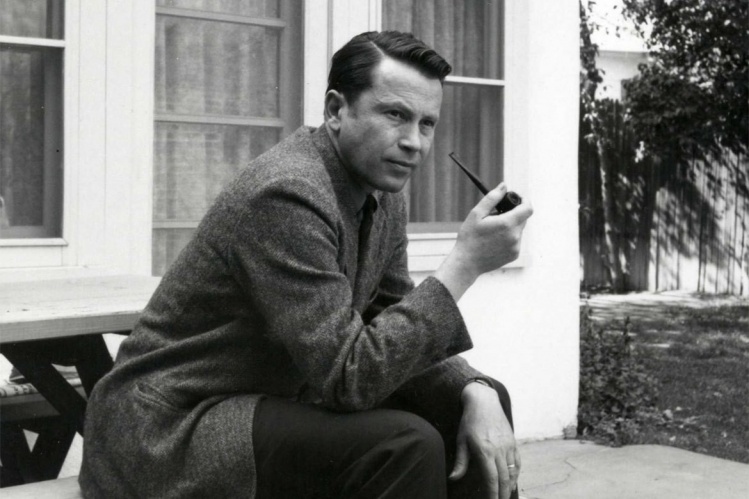 Richard Wilbur: “I have an inclination to be positive,” he acknowledged in an interview, “but I hope that in most of my work I’m not a cheerleader for the universe but a describer of how it feels to be in it.”

Richard Wilbur died October 14 at the age of ninety-six. Author of many books of poetry, along with highly praised translations of Racine, Molière, and other French dramatists, he worked well into his nineties. A two-time Pulitzer Prize winner, National Book Award winner, and Poet Laureate of the United States, Wilbur may be the most celebrated poet that Americans by and large have never heard of.

He was a lifelong Episcopalian, a poet “obscurely yet most surely called to praise,” as he confessed in an early poem, “Praise in Summer.” Rich in metaphor, his poems addressed daily life with wisdom, wit, and melancholy. Not a few of them bore a trace of Robert Frost. (Wilbur knew Frost well, through mutual association with Amherst College; his debt to Frost, critic Stephen Metcalf has perceptively noted, was “unhidden, but so unanxious as to hardly count as a debt.”) His best-known poem, and title of his first book, “The Beautiful Changes,” joins nature’s cyclical renewal to the act of imaginative renewal and the power of love:

Your hands hold roses always in a way that says
They are not only yours; the beautiful changes
In such kind ways,
Wishing ever to sunder
Things and things’ selves for a second finding, to lose
For a moment all that it touches back to wonder.

Wilbur’s formal deftness and his relatively sunny outlook—his dedication to “joy in life and art,” as he said in a 1977 Paris Review interview—kept him out of the mainstream of the darkly confessional free verse that defined his postwar generation of poets. His “brilliantly affirmative” poetry, as critic Adam Kirsch has described it, includes a favorite of mine, “Winter Spring,” which tours the reader through an early spring afternoon outdoors, and expresses a small, passing ecstasy at “this somersault of seasons.” “It’s just one of those poems that makes things better,” says my wife, who especially loves the poem and rereads it often.

As a young man Wilbur fought in World War II, taking a copy of Gerard Manley Hopkins's collected poems with him, and came back with experiences that informed such elegiac poems as “First Snow in Alsace” (no less moving, to my mind, for its echoes of Frost and Auden). Meter and rhyme were his handy tools, and his traditional formalism made him an outlier in his generation of American poets. Consider the books published around the same time as The Beautiful Changes in 1947: William Carlos Williams’s Paterson; Ezra Pound’s Pisan Cantos; Elizabeth Bishop’s North & South; Robert Lowell’s Lord Weary’s Castle; John Berryman’s The Dispossessed. The contrast with such company presumably spurred the judgment of Randall Jarrell, who admired Wilbur’s poetry yet accused it of excessive restraint, commenting that it “consents too easily to its own unnecessary limitation”—a criticism Jarrell summed up in the memorably pithy charge that Wilbur “never goes too far, but he never goes far enough.”

Meter and rhyme were his handy tools, and his formalism made him an outlier in his generation of American poets
sharetweet

Wilbur chafed at such views of his work. “I have an inclination to be positive,” he acknowledged in an interview, “but I hope that in most of my work I’m not a cheerleader for the universe but a describer of how it feels to be in it.” Such descriptions, so elegantly set down in sounds, images, and ideas, continue to provide me both solace and surprise. My favorites, along with “The Beautiful Changes,” include “My Father Paints the Summer,” “This Pleasing Anxious Being,” “Piccola Commedia,” “Love Calls Us to the Things of This World,” “The Writer,” “A Barred Owl,” and “The Ride.” Wilbur’s obituary in the New York Times quoted lines from his late poem, “Exeunt,” which in its serenely somber entirety reads as follows:

Piecemeal the summer dies;
At the field’s edge a daisy lives alone;
A last shawl of burning lies
On a gray field-stone.

All cries are thin and terse;
The field has droned the summer's final mass;
A cricket like a dwindled hearse
Crawls from the dry grass.

In her room at the prow of the house
Where light breaks, and the windows are tossed with linden,
My daughter is writing a story.

I pause in the stairwell, hearing
From her shut door a commotion of typewriter-keys
Like a chain hauled over a gunwale.

Young as she is, the stuff
Of her life is a great cargo, and some of it heavy:
I wish her a lucky passage.

But now it is she who pauses,
As if to reject my thought and its easy figure.
A stillness greatens, in which

The whole house seems to be thinking,
And then she is at it again with a bunched clamor
Of strokes, and again is silent.

I remember the dazed starling
Which was trapped in that very room, two years ago;
How we stole in, lifted a sash

And retreated, not to affright it;
And how for a helpless hour, through the crack of the door,
We watched the sleek, wild, dark

And iridescent creature
Batter against the brilliance, drop like a glove
To the hard floor, or the desk-top,

And wait then, humped and bloody,
For the wits to try it again; and how our spirits
Rose when, suddenly sure,

It lifted off from a chair-back,
Beating a smooth course for the right window
And clearing the sill of the world.

It is always a matter, my darling,
Of life or death, as I had forgotten. I wish
What I wished you before, but harder.

In his recent Commonweal review of a Wilbur biography, my former Amherst College teacher William H. Pritchard cited Wilbur’s view of poetry, in his biographers’ words, as “a conscious celebration of the world—both its bounty and the intimation it gives of the world beyond.” About “The Beautiful Changes,” Pritchard observes that “this is a love poem about losing one’s self, and the things of nature and human nature, into a new finding”—and then notes that “paraphrase doesn’t work well to convey the suggestion and implication of such a poem.” Defeat for a critic, perhaps; or perhaps merely an apt operating definition of what good poetry is and does, as a thing that can be said only in the way the poet just said it.

Bill Pritchard has written elsewhere that, despite the widespread impression of its reticent formalism, Wilbur’s work “unmistakably reveals a distinct presence, a person whose character and inclinations we get to know very well.” As a man Wilbur was beloved; after his death, the poet and critic Dana Gioia recalled that “he wasn’t only a genius, he was the kindest writer I ever met.” A tribute by another Amherst professor of mine, David Sofield—a poet who taught with Wilbur, revered his work, and was his frequent tennis partner—is  here.

I have one personal memory to add. Yesterday I took a collection of Wilbur poems off the shelf, and out fell a yellowed sheaf of photocopied poems, heavily scribbled with my annotations, and with quotations that turn out to be Wilbur himself, speaking—as I now vaguely recall—to an audience at Amherst in the late 1980s. The remarks I quoted convey an attractive self-deprecation: Wilbur called one of his own poems “long-winded,” and about another remarked that “there’s no turn in this poem; it just goes relentlessly on.”

He told us that day that in creating a poem, “one starts with something to say, and then it finds its own form,” noting that “I would never sit down to write a sonnet and then cast around for something to fit it.” On the way a poem “unfolds by surprise”—a Frostian notion—he said: “If we knew just what was going to happen during a poem, we probably wouldn’t bother to execute it.” Part of that surprise, as Wilbur described it, is a certain venturing out beyond personal limitation—a way of “speaking in voices not strictly my own,” he observed, and “allowing these voices to have their say without interruption.”

So I will close by giving you the chance to let Wilbur have his say, without interruption. You can listen to him read “The Ride” here. A video of him reading “Piccola Commedia” is here. And below he reads “The Writer.”

Richard Wilbur’s readers are grateful for many, many poems of tenderness and ingenuity, inspired by what Bill Pritchard has called “his determination to say yes to life.”