Celebration of the World 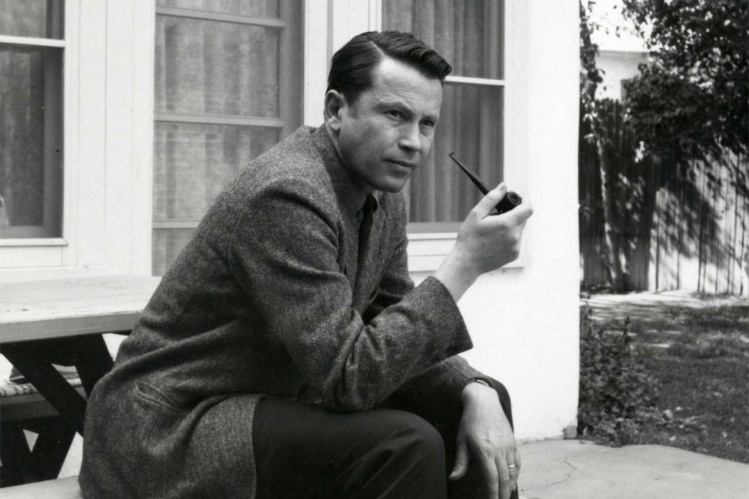 The poet Richard Wilbur is ninety-six, old enough that his poet-contemporaries—Robert Lowell, Elizabeth Bishop, John Berryman, Randall Jarrell, James Merrill, Anthony Hecht—have been gone for decades. Wilbur’s most recent and probably final book of poems, Anterooms, appeared in 2007,  an attractive completion to the Collected Poems published three years earlier. Altogether his career has yielded ten individual books of poems, five books of illustrated poems for children and adults, fifteen translations of classical French drama, and two collections of literary essays—an achievement to be wondered at. Now comes a biography by Robert Bagg and Mary Bagg, the former a poet and translator of distinction, the latter a freelance editor. Their book suits Wilbur’s kind of career: a “biographical study” in which chapters focusing on the life alternate with ones devoted to some of his best poems and translation. A critical intelligence has been applied both to the man and to the reason we are interested in the man.

The early chapters take us through Wilbur’s boyhood in New Jersey, where he lived with his parents and brother on a sort of estate presided over by a patron of the arts who had befriended Wilbur’s father, a graphic artist celebrated in one of the son’s best early poems, “My Father Paints the Summer.” In secondary school and at Amherst College, the young Wilbur was an outspoken, even radical student journalist, opposing America’s entry into World War II. At Amherst he joined a fraternity, where he was later informed by one of the “brothers” that his selection had been made in the hope that the fraternity’s grade point average would benefit. Undoubtedly his most significant action at college was to fall in love with a girl from Smith, Charlotte Ward  (“Charlee”); they married after Wilbur’s graduation in 1942, just prior to his entering the Army to engage in the war he had opposed. Originally he joined the Signal Corps, but was expelled for “subversive” activities like subscribing to the Daily Worker and having a copy of Das Kapital in his footlocker. In a subsequent interview for an assignment as a cryptographer, the interviewing officer warned that “if we catch you overthrowing our government, out you go.”

The two chapters that catalogue Wilbur’s military service—in Italy, France, Germany, and England—are the most purely informative in the book. From Italy he writes Charlee about the different qualities of “explosive forces,” distinguishing them from one another with a poet’s ear: “Some machine guns sound like rural telephones, then some like goats. Some shells coming in are like someone dropping a laundry bag on the floor above, and others sound like the last ten 4ths of July. There is a sound like a croup cough, and one like a braying horse.” In its metaphorical flair, the letter was less than reassuring to his wife. But others were impressed with the soldier’s aptitude for language, and shortly before V-E Day, Wilbur agreed to write a column for the divisional newspaper. The attention it attracted from various hands pained him. “The atmosphere of a resting Army is as unstrenuous as that of Amherst & disproportionate recognition makes you angry & ashamed,” he wrote to his Amherst teacher, Theodore Baird. “I’d have given an arm to be called a real soldier.”

A short chapter follows the Army chapters, titled “Religion and Wilbur’s War Poems.” Here the biographers examine such early poems as “Mined Country” and “First Snow in Alsace” to show how war’s horrors “disrupt its victims’ relation to reality, each other, and ultimately divinity.” The war poems would be the first of many in which the divine takes a supreme place; Wilbur’s Protestant Episcopal identity seems not to have wavered over the years. In ever more ambitious poems he continued to explore new ways of how “the natural and the spiritual world reflect one another.” In the late poem “Terza Rima,” from Anterooms, he shockingly juxtaposed those two worlds in lines that surely had a wartime memory behind them:

In this great form, as Dante proved in Hell
There is no dreadful thing that can’t be said
In passing. Here, for instance, one could tell

How our jeep skidded sideways toward the dead
Enemy soldier with the staring eyes,
Bumping a little as it struck his head,

And then flew on, as if toward Paradise.

After his postwar graduate studies at Harvard, Wilbur taught at prestigious colleges in the east: Wellesley, Wesleyan, Smith, and finally Amherst. By no means did his teaching address only “creative” writing: several times he offered a course in Milton, who he said taught him “how expressively and muscularly language can move through verse patterns.” Milton himself, defending blank verse in his note on Paradise Lost, had observed how its power resulted from “the sense variously drawn out from one verse into another, not in the jingling sound of like endings.” While Wilbur presumably agreed, from the outset his powers as a poet of rhymed verse were also superb; only two of his contemporaries, Merrill and Hecht, were comparably gifted. Far from falling into Milton’s “jingling sound of like endings,” Wilbur’s practice—like Frost’s, the biographers point out—was “to rhyme naturally conversational phrases instead of constructing lines around handy end rhymes.”

In the book’s most extended piece of literary criticism, the biographers consider Wilbur in the “circle” that included Lowell, Bishop, and Jarrell. Of particular interest here is the at first tentative but eventually warm-sounding admiration he and Lowell had for each other’s work. But the most influential response to Wilbur’s first books of poems came from Jarrell—who, with his incomparable gift for the killer witticism, compared Wilbur to a football halfback who always settled for six or eight yards, instead of taking a chance for a big gain. “Mr. Wilbur never goes too far,” Jarrell judged, “but he never goes far enough.” These words were to dog Wilbur’s reputation over the decades; “I got sick of people quoting from that damn review,” the poet told his biographers, who rightly deem Jarrell’s review more “innuendo and anecdote” than analysis. But although they are sympathetic advocates for Wilbur’s poetry—as if it needed defending—they resist the tendency to glorify their subject. There’s an admirable even-handedness about their descriptions of how some of Wilbur’s poems work and why they should be valued.

At one point in the 1980s Wilbur served on a committee advising the Harvard English Department about a proposed major in Creative Writing. He was dubious about this idea, as was the only other writer on the committee, John Updike. Wilbur and Updike shared other affinities: religious faith; a talent for drawing and cartooning; and most centrally, a shared conviction that literature, poetry, is “a conscious celebration of the world—both its bounty and the intimation it gives of the world beyond.” This “positive” attitude toward the world and the spirit has not recommended itself to some of Wilbur’s critics. Reviewing the collected poems, Adam Kirsch opined that Wilbur’s temperament and his religious faith ill-equipped him for “certain kinds of moral inquiry.” Whatever those “kinds”—presumably of a darker color—might be, Wilbur (at least to this reader) seems about as well-equipped to deal with them as any poet in twentieth-century verse and beyond.

The title of this biography seemed odd to me until I was informed that “Let us watch Richard Wilbur” was a phrase deployed by the poet Louise Bogan, reviewing his first book in the New Yorker (and in the process praising him for “a remarkable variety of interest and mood”). I myself began to watch him a few years after that and have heard him read in public countless times, kept track of the books as they appeared, and even saw the Boston production of Candide in 1955 when he collaborated with Leonard Bernstein and Lillian Hellmann—a production capably discussed in this book, along with Wilbur’s other translations of drama.

I also know Wilbur personally, to some extent, and perhaps such closeness disables rather than enables one to render a disinterested judgment. Putting aside this worry, I will close the way Jarrell sometimes ended his reviews—with a list of his favorite poems of the poet. My list of a possible Wilbur top twelve, choosing from both the end and the beginning of his oeuvre, runs as follows: three poems for his wife, “The House,” “The Reader,” and “For C”; then his finest single poem, “This Pleasing Anxious Being”; after which the following: “The Writer,” “Piccolo Commedia,” “C Minor,” “Running,” “On the Marginal Way,” “Altitudes,” “Love Calls Us to the Things of This World,” and “The Beautiful Changes,” where it all began.

When the English poet and critic Clive James was asked to choose his five favorite books of poetry, he picked as one of them an English edition of Wilbur’s first three books. Speaking for others and for himself as well, James observed that “anyone capable of appreciating his artistry was helpless not to emulate it, and emulation guaranteed mediocrity.” Randall Jarrell, closing his great essay on Frost, saluted the poet for treating experience “with so much humor and sadness and composure, with such plain truth,” and in the process providing the reader “the freshest and oldest of joys.” I should think any reader of Wilbur’s poems might be willing to endorse this large claim for what they provide and what is brought out so sympathetically in this biography. In the words of the final stanza of his first love poem, “The Beautiful Changes”:

Your hands hold roses always in a way that says
They are not only yours; the beautiful changes
In such kind ways,
Wishing ever to sunder
Things and things’ selves for a second finding, to lose
For a moment all that it touches back to wonder.