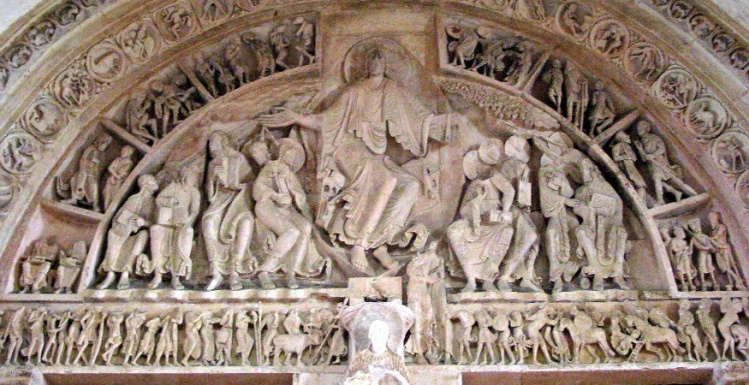 The Second Vatican Council isn’t over yet, in the view of Robert P. Imbelli, a priest of the Archdiocese of New York, a systematic theologian recently retired from Boston College, and a longtime contributor to Commonweal. In the preface to this short but valuable and handsomely produced book, Imbelli looks back to the ressourcement and aggiornamento that characterized the efforts of the council, which returned to the early sources of the faith in order to rediscover a deeper sense of tradition, intending to proclaim the good news of Jesus Christ in a way that addressed the aspirations and concerns of contemporary women and men. Imbelli believes that the council “was able to hold these two movements of rediscovery and renewal in creative tension, channeling the centrifugal forces that could pull them apart.” He notes that the “reception,” and thus the event of the council, is continuing today.

In Imbelli’s view, however, the creative tension that the council embodied has often slackened. Ressourcement thus risks becoming antiquarianism, and aggiornamento can slip into cultural accommodation. Partial and partisan readings of the council’s documents have given rise to fragmentation and polarization. He sees these temptations as symptoms of a more severe crisis: “an eclipse of the enlivening and unifying center of the faith. That center is Jesus Christ himself.”

In making his case, Imbelli notes that attendance at Mass has precipitously declined since the council. Of even more concern, “in some theological circles, an odd aversion to affirmations of the uniqueness and universality of Jesus Christ has taken hold.” He also joins Benedict XVI in decrying trends in biblical scholarship that question or even deny that we possess solid knowledge of Jesus. Pandering to the secular media, some Catholic scholars seem intent on reducing Jesus to a merely human prophet, Imbelli complains. Fair enough. But Imbelli might also have acknowledged that postconciliar Catholic biblical scholarship has provided the faithful with a richer and fuller portrait of Jesus, one entirely consonant with the council’s Constitution on Revelation.

In framing his argument, Imbelli invokes the prophetic words of Karl Rahner: “The devout Christian of the future will either be a ‘mystic,’ one who has ‘experienced’ something, or he will cease to be anything at all.” He uses the Catholic philosopher Charles Taylor’s A Secular Age to help bring into focus the contemporary challenges facing the church. However, Taylor’s more positive view of modernity is not really engaged. Rather, Imbelli finds the philosopher’s concerns and views remarkably consonant with those in Benedict XVI’s encyclical Deus Caritas Est. Christian existence is not an ethical decision but an encounter with a person who gives life a new goal and sure growth, Imbelli reminds us. Or as Taylor puts it, “God establishes the new relationship with us by loving us, in a way we cannot unaided love each other.” That relationship involves conversion, transformation, and communion—with God as well as other humans.

Rekindling the Christic Imagination is intended to be a “mystagogical” meditation. It seeks to engender an aesthetic theology, a praying theology that arises from and leads to prayer, and from prayer to a deeper understanding of the Trinity, the Eucharist, and the church. Imbelli proposes that a theology in service to the New Evangelization must be one in which the uniqueness and originality of Jesus is probed with creativity and imagination. To this end, each chapter begins with a discussion of a venerable work of Christian art. In the book’s first chapter, the figure of the risen Christ radiating the Holy Spirit, above the main door of the twelfth-century Romanesque church of St. Mary Magdalene in Vézelay, France, is used to explore the “the originality and uniqueness” of Jesus Christ, as the new Adam, the beginning of God’s new creation. Jesus is presented as one who has imagined—and realized in himself—a world redeemed.

Chapter 2 begins with a reflection on Rublev’s fifteenth-century Icon of the Holy Trinity. “The ‘Three’ of the Godhead are not separate beings, but are constituted by their very relationships of generous giving, truthful expressing, and joyful sharing,” Imbelli writes. If humanity is indeed created in the likeness of the Trinity, we are called to a life of dialogue and communion. A chapter on the Eucharist begins with a consideration of Caravaggio’s Supper at Emmaus. Attending Mass, Imbelli writes, cannot be understood as a compulsory duty or merely as a ritualized social gathering. Our celebration of the Lord’s Day, the Eighth Day of the new creation, must manifest a burning desire to meet the Lord who comes that we and all the world may have life and have it to the full. Recovering this eschatological dimension to the liturgy is essential.

Pope Benedict has expressed reservations about the decision made in the wake of Vatican II to have the presider at Mass face the assembly. His underlying concern was that the new orientation could breed a “horizontalism” in our spiritual attitude, obscuring the centrality of Christ. To avoid these temptations, he advocated having the presider and assembly face east. In facing east, the gathered church invokes the rising Sun and thus symbolically the return of Christ in glory.

Imbelli appears sympathetic to Benedict’s perspective on this issue, but he does not note that Benedict routinely celebrated the Eucharist in St. Peter’s Basilica facing the people! As it happens, in order to face east, a presider at the main altar of St. Peter’s has to face the people and the front door of St. Peter’s. That is likewise the case in the Basilica of St. Mary Major and the Lateran Basilica of St. John. In fact, historically many churches were built without concern for their compass orientation. Contrary to Benedict, the ekklesia, or assembly, gathered around the altar table is not horizontally focused on the presider or themselves, but on what lies on the altar—the eucharistic presence of Christ.

Imbelli goes on to use the twelfth-century mosaic of The Cross at the Tree of Life in the apse of the Basilica of San Clemente in Rome to explicate Vatican II’s universal call to holiness. He notes that even though the church always entails institutional structures, it is most fundamentally the bearer of a transcendent treasure: the divine life made possible by Jesus Christ in the power of the Holy Spirit. As the council proclaimed, the church is indeed “a people;” but most distinctively, “the people of God.” “Christians are called not merely to the imitation of Christ but to participation in his own life,” Imbelli says, “gradually becoming transformed from their old self to the new self, recreated according to the image and likeness of their Savior, who loves them and, in the Eucharist, continues to give himself for them. The New Evangelization is not about a program, but about a Person and about participation in the new life he enables.”

The “newness,” the “originality,” and the “uniqueness” of Jesus Christ are front and center for Imbelli. “The joy of the Gospel, the joy who is Jesus, enraptures our imagination and transfigures our desire,” he writes. That joy is seen as a unique antidote to the “relentless sameness and superficiality of a consumer society.” One must ask, however, if joy is what most people experience in the liturgy. Although Vatican II called the laity to full and active participation in the Eucharist, passivity seems to remain the norm in most Catholic parishes. Why?

For me, Rekindling the Christic Imagination inevitably raised questions that go beyond the author’s heartfelt meditations. I suspect that finding the right language and tone to encourage reception of the New Evangelization is a much broader and more challenging task than Imbelli allows. It is true, for instance, that Rahner sought to revitalize our sense of the mystical. At the same time, he was a sharp critic of the church’s hierarchical structure. In The Shape of the Church to Come, he suggested that one measure of church leadership might be an ability to get a hearing from nonbelievers, even if that meant acting “scandalously” by traditional Christian standards. Rahner, in fact, was convinced that the church needed to be declericalized in some fundamental way. Traditional decision-making structures no longer have credibility, he argued. In the contemporary world, the church must win “genuine assent on the part of those affected by [its] decision.”

Imbelli seems to regard structural reform as peripheral to the church’s essential mission. But in a hierarchical and sacramental tradition like Catholicism, form is substance. Pope Francis, like Rahner, insists that “we must be a church with open doors.” Opening those doors will require making some hard institutional decisions. A rekindled Christic imagination is a necessary, but not sufficient, step in that direction.