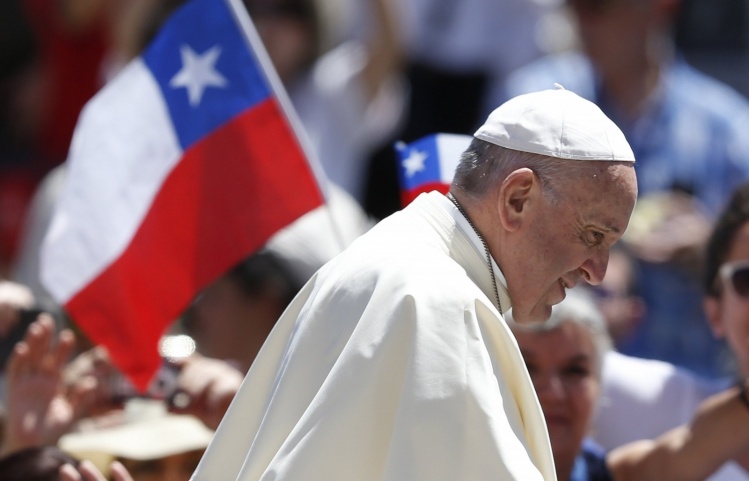 In Fratelli tutti, you call for including more people in dialogue, and indeed you frame the entire encyclical as a reflection born of dialogue and common commitment to human fraternity and social friendship inspired by an encuentro of interreligious leaders. True, dialogue can be great. But it can also be exclusive. If we are to be out in the world encountering and listening to one another, then we should also be open to various ways of communicating. And so I ask very respectfully that you reconsider your stance on chisme, which you have condemned in the past.

Yes, I love chisme (some may call it “gossip”). I spend hours every week communicating with people across the Americas and around the world about what’s happening in their lives. And like many people, I also love hearing what they find questionable about human behavior and what they think about the state of the world. As a Latina (thanks for the shout-out! [Fratelli tutti 135]), I can attest to the links between information and chisme in the conversations of people in Latinx communities. These links are so close that it can be difficult, if not impossible, to distinguish where one ends and another begins. I find chisme to be a way of communicating with one another by those who feel they have less power and permission to speak publicly.

In your encyclical you identify many injustices and forms of inequality confronting the world: racism, nationalism, xenophobia, environmental degradation, human trafficking, colonization, living with disability, poverty. You even use the cry of the French Revolution—equality, fraternity, liberty—as a subtitle. A focus of your papacy has been the common good, which you mention thirty-four times in Fratelli tutti. You have dedicated your time as an ecclesial leader to uplifting those who have been historically marginalized, oppressed, and silenced. You have brought attention to the plight of those who are forced to migrate. You have called for improving international guidelines on asylum, and for creating fairer systems of labor and trade. You have so strongly focused on synodality, and on the participation in Church leadership of people at the local level, that I—a lay Catholic woman scholar and theologian—am frequently asked to speak on these topics by local, national, and international Hispanic and Latin American ministry organizations. Like you, I strongly believe in the inclusion of all, and that life is a fragile gift of God. And yes, this notion of synodality is closely tied to dialogue. But I also think there are problems with using dialogue as the main form of communicating about these things. In fact, like chisme, dialogue can also be hurtful.

We cannot simply say that communication used by people who feel disempowered is negative or sinful.
sharetweet

For example, dialogue often assumes a mutuality that does not exist. It frequently occurs in spaces where power structures have already been established. Dialogue, like any single mode of communication, centralizes some cultures and voices, and therefore marginalizes others. Often, there’s the expectation or assumption that dialogue will be followed up with a written account—which means that whoever has the final “word” in the writing possesses unique power. Unless measures are taken to account for the uneven power dynamics inherently present in dialogue, we are not fully participating in encuentro because at least one party will be guarding themselves against injury and abuse.

There’s already been a lot of criticism about the sexism inherent in the untranslated title of your encyclical, and about the lack of women’s voices among its citations. While you do call for the equality of rights and dignity for women—especially for “those women who endure situations of exclusion, mistreatment and violence, since they are frequently less able to defend their rights”—you do not include sexism among your list of social ills. And though there are vague references to the pain, suffering, and hurt the Catholic Church has caused through the systemic violence of sexual abuse, you do not explicitly address the issue.

I mention these because this is another way that dialogue can exclude. I carry with me the women who have told me they do not feel safe or welcome to speak out in certain spaces. I hold close the LGBTQ+ persons who want nothing to do with Catholicism (or even with God) because of “dialogues” had in church buildings. And my heart really breaks when I hear from people who have been so abused and broken by persons commissioned through formal Catholic Church structures that “dialogue” may simply bring them more trauma and pain.

Encyclicals that do not name the change that needs to happen within the Church’s own systems and teaching—in regard to sexism and the deeper work of the theology and ministry of human sexuality—do not help those affected to feel invited into dialogue. As you yourself note: “We say one thing with words, but our decisions and reality tell another story” (20).

So I am asking you to consider more than one mode of communication to help us build better foundations for caring for and nurturing the fragility of life. (Indeed, Fratelli tutti calls for multiple cultural models as a way toward the common good [12].) I am also asking that we avoid characterizing one as better than the other. We cannot simply say that communication used by people who feel disempowered is negative or sinful, and that the type of communication allowed mostly to those in power is the most positive and productive. We need to pay attention to various types of communication because people use a variety of communications to express both their suffering and their God-talk. That includes chisme.

Encyclicals that do not name the change that needs to happen within the Church’s own systems and teaching do not help those affected to feel invited into dialogue.
sharetweet

You have criticized chisme in the past, saying that it can kill, that it fills the heart with bitterness, that it keeps humans from being holy. You even cautioned hairdressers (90 percent of whom in the United States are women) not to give “into the temptation of gossip that can easily creep into your work environment, as we all know.” And your disdain for chisme was quite evident at the Angelus on September 6, 2020, when you said in discussing unity and fractures in the Church: “The biggest gossiper is the devil, who is always saying bad things about others, because he’s the liar trying to disunite the church, to push away the brother and to not create a community. Please, brothers and sisters, let’s make an effort not to gossip, gossiping is a plague worse than COVID, worse.”

But in a Church where men have the most power to speak—both in homilies and in official writings—paying attention to chisme is a must. It shouldn’t be condemned as evil. So I would like to raise some points about the significance of chisme, and how it can help us understand life and ultimately lead us to God-talk.

First, engaging in chisme shows human finitude. Chisme often includes how one person has fallen short of what we believe is necessary to live one’s best life.

Second, chisme allows us to understand ourselves better. It compels us to be self-reflective. Chisme upsets the daily rhythms of life, because it is usually based upon questionable behavior. It can be an interpretative tool that forces us to reexamine ourselves within certain normative contexts. Some say we are always discerning what God asks of our lives. Because chisme makes us engage and interpret moral behavior, it can help us with that discernment.

Third, chisme provides a way for us to express in daily life that we are humans filled with contradictions. Chisme allows us to check our experiences against those of others and so functions as a language of the people.

Finally, chisme involves both intimacy and vulnerability. We share chisme with people we trust and with whom we wish to build closer relationships. Carmen Nanko-Fernández beautifully made this point about intimacy and vulnerability in discussing the untranslated title of your encyclical on the Commonweal website (“What Francis Means by ‘Fratelli Tutti’”), suggesting you wished to express the title in the language of those you hold dear.

Again, I know chisme can be hurtful. But I am asking you to consider more than just dialogue as a mode of communication in acknowledging the fragility of life and elevating human dignity. As you write in Fratelli tutti: “When the dignity of the human person is respected, and his or her rights recognized and guaranteed, creativity and interdependence thrive, and the creativity of the human personality is released through actions that further the common good” (22).

For all of these reasons, muy querido papa Francisco, and because you call for “a love that integrates and unites,” I beg you to reconsider your stance on chisme.

This article appeared as part of a symposium on Fratelli tutti in our December 2020 issue, alongside “Freedom & Equality Aren’t Enough” by Charles Taylor; “Many and One” by Vinson Cunningham; and “Radical Truths” by William T. Cavanaugh.