A Real Risk of War 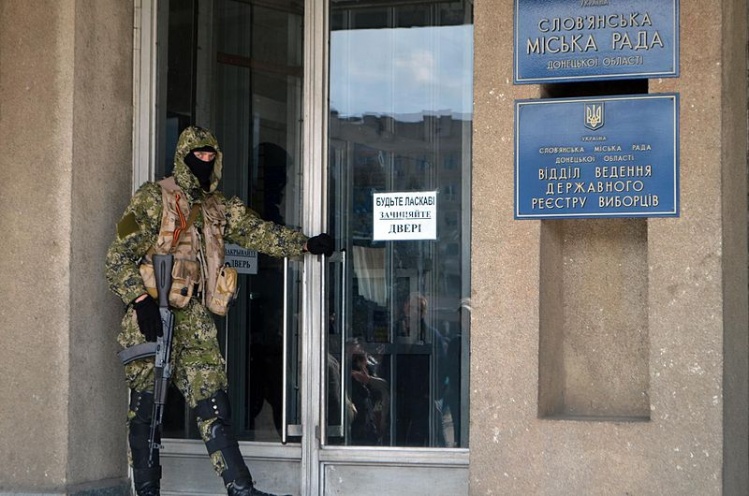 Vladimir Putin’s annexation of Crimea and threat to Ukraine are causing damage he perhaps did not anticipate: disorientation of the United States and profound division in Europe, especially in Germany, and in NATO. A real risk of war.

American Secretary of State John Kerry has given an interview to the Wall Street Journal of extraordinary brutality in its treatment of President Putin and of Russia. It states that the American government and administration are “fully aware” that this confrontation with Russia could lead to nuclear war.

He is quoted (without confirmation) in another publication notably neo-conservative in outlook, The Daily Beast, as privately describing the Russians as “thugs,” and the Russian foreign minister as “a liar.” He made an angry attack on the Russian television international service, Russia Today, for declaring that he had threatened NATO war if Russia laid a finger “on a single inch” of NATO territory. President Obama himself has used harsh words about his Russian opponents, but not comparable to this.

At the same time there is near-silence from the Pentagon and from Defense Secretary Chuck Hagel and senior commanders, including General Martin Dempsey, head of the Joint Chiefs of Staff. This might be interpreted as prudence on the part of the military men who would bear the price of a war that civilian officials brandish as if only words were the weapons. This was true last year when Mr. Obama was drawing red lines in Syria to the applause of administration civilians motivated by war-like sentiments or the self-righteousness of interventions to save the foreign victims of civil wars from one another. The military men looked on apprehensively.

An echo to Mr. Kerry’s belligerence has come from NATO, where the Deputy Secretary General, Alexander Vershbow, a former U.S. ambassador to Russia (another civilian), accused President Putin of compelling NATO to treat the Russians as “enemies” -- the word which already had been used in Washington.

This agitation in Washington finds little counterpart in NATO Europe, to the dismay and sometimes anger of Washington officials and commentators, who put it down to Europeans’ material and moral weaknesses. Of all the European countries, only Britain and France possess forces (including nuclear forces) capable of independent national action in all the dimensions of warfare. The other NATO members provide essentially add-on military functions to the American army, navy and air force, spending little on defense themselves in part because they don’t like wars, especially America’s interventionist wars in various parts of the world, and in part because they count on being defended by the others.

European critics of this stance, such as Clemens Wergin, the foreign editor of the German Die Welt group, denounce those Europeans who defend or rationalize Vladimir Putin’s policies as effectively bribed by European economic ties to Russia; or as reactionaries who share president Putin’s hostility to the modern West’s secular values, moral lassitude, lack of discipline and leadership, and abandonment of religion; or they are simply anti-American.

These are not accusations that can be applied to such a figure as Helmut Schmidt, Germany’s strongest and most important chancellor of the Cold War years, who first of all says that the U.S., NATO and the European Union all are responsible for creating this conflict out of their own geopolitical naivety and ideology.

As this column, George Kennan and Henry Kissinger in the past, and many others in Western Europe and the U.S. have warned many times, the deliberate and humiliating extension of NATO membership right up to the former frontier of the Soviet Union has been a constant and mounting invitation to violent reaction by the Russia of Vladimir Putin. We now have it in Crimea and Ukraine.

It is extremely dangerous because Ukraine itself now has a provisional government in Kiev of extreme weakness and utterly confused goals and expectations. Its police are incompetent and corrupt and its army obsolete in equipment, with troops of dubious competence, divided by the same forces that divide society. It is incapable of imposing order.

It is inconceivable that a re-united and pro-western Ukraine will come out of this. The country is already divided. Realism says: so be it. Let the regions vote. If the Russian-speakers want a referendum, let them have it -- as free, impartial, and competently supervised as the international community can manage.

Would Russia cooperate? It offers a way to get what it wants without fighting for it. Would the people accept the outcome? Not every Russian-speaker wants to be a Russian. A nation permanently divided? Let everyone find out. Would there be a Yugoslav-style civil war? If one began after a referendum, the international community might be able to intervene immediately and halt it. Russia would have an interest in stopping it because of its possible ramifications inside Russia itself. Wars are uncontrollable. Russia might be on the verge of finding that out.

Generals Go and Come, and the War Worsens