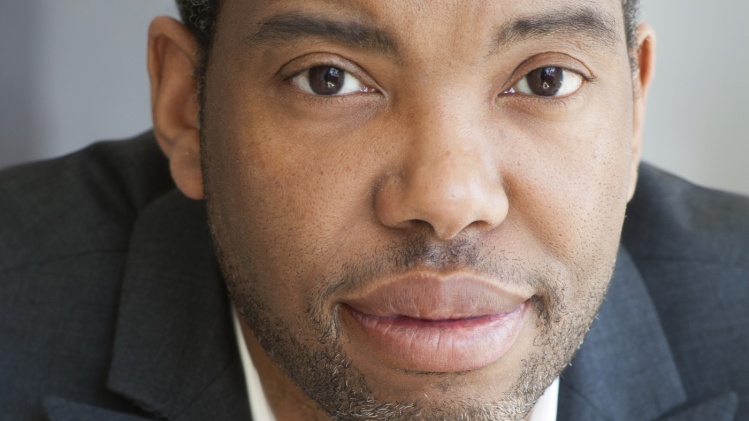 Lifting the Atlantic’s October issue off the magazine rack, I guessed that “The First White President” by Ta-Nehisi Coates, wasn’t about George Washington. Coates, African-American writer and provocateur, argues that Donald Trump is the “first white president,” a practitioner of “white supremacy, in all its truculent and sanctimonious power.” In pressing his case that white racism is fundamental to Trump’s victory, he downplays, indeed objects to, the role of class, non-voters, stupidity, unemployment, and animosity toward Hillary Clinton. His argument may be shortsighted, but it is also instructive.

Between the World and Me, Coates’s last book, was written in the wake of Michael Brown’s death in Ferguson and the deaths of other black men at the hands of police. In part a memoir of growing up amid the violence of Baltimore, it was a warning to his adolescent son of the threat the nation posed to his black body. The book was painful to read for both his indictment of racism and his roiling anger. Was it only racism that stoked this cri de coeur, or was it his father’s punishments (“either I can beat him, or the police”), or even, as a recent Guardian article speculated, an atheism that left him without hope?

Eight Years in Power, a collection of his Atlantic articles, traces Coates’s move from angry provocateur to public intellectual. The shift came with “The Case for Reparations,” in which he called for recompense to African Americans for slavery and its after-effects. The essay brought notoriety as well as recognition. Strangers stopped to question, to talk, to praise. On the subway “a middle-aged white man began gesturing toward me. I took off my headphones. He lauded the article.” To Coates’s amazement, people were wrestling with his ideas. The trajectory from the angry young man to the reflective essayist in this collection shows him writing his way out of the Baltimore cul-de-sac.

The trajectory from the angry young man to the reflective essayist in this collection shows him writing his way out of the Baltimore cul-de-sac.
sharetweet

The Atlantic’s imprimatur (supporting him “with fact checks and pay checks”) paved the way, along with a trove of prizes and awards. Yet as important as this public recognition, a “tutorial” with Barack Obama gave him another way to see things. “My President Was Black” weaves an account of their conversations, with Coates noting their different levels of trust in white people. Obama was not an angry man—not angry about his father, or about racist attacks, or about whites. His white mother and grandparents “loved him ferociously, supported him emotionally, and encouraged him intellectually. They also told him he was black.” He makes much of Obama turning away from the path to the white world this interracial upbringing provided. In Coates’s eyes, Obama “chose” to be black.

A preface to “My President was Black” reprises the encounters, the back and forth, between professorial president and passionate advocate. They disagree about reparations, about Obama’s “condescending” advice to black parents (turn off the TV), and Coates’s default view of racism as all-explanatory. Still, he judges Obama “a skilled politician, a deeply moral human being…[and] the most agile interpreter and navigator of the color line I had ever seen. He had an ability to emote a deep and sincere connection to the hearts of black people, while never doubting the hearts of white people.”

Then came the 2016 campaign. Obama was emphatic: Trump “can’t win!” Coates thought Trump “wouldn’t win.” Trump won. “What amazes me,” Coates writes, “is the ease with which two people, knowing full well what this country is capable of, dismissed the possibility of a return to the old form.” That gives Coates leave in “The First White President” to revert to his default argument. Without qualifications for office, Trump’s race “is the very core of his power.”

Trump’s winking and nodding at white supremacists supports Coates’s point, without clinching his it’s-all-white-racism verdict. Coates dismisses other explanations: blacks and whites who didn’t vote, James Comey, the Russians, Hillary hatred, etc. In particular, he vehemently and at length rejects the favored explanation of Democrats, pundits, and the liberal commentariat: neglect of the white working class. Coates is right that race has always been a component of our understanding (and our manipulation) of class. He is wrong to suggest that it is the only factor that matters—or that paying attention to other problems can only reinforce racism. But to ignore his anguish at the threat of reinvigorated racism—that would be wrong, too.

Not cruel or unusual: Update, update