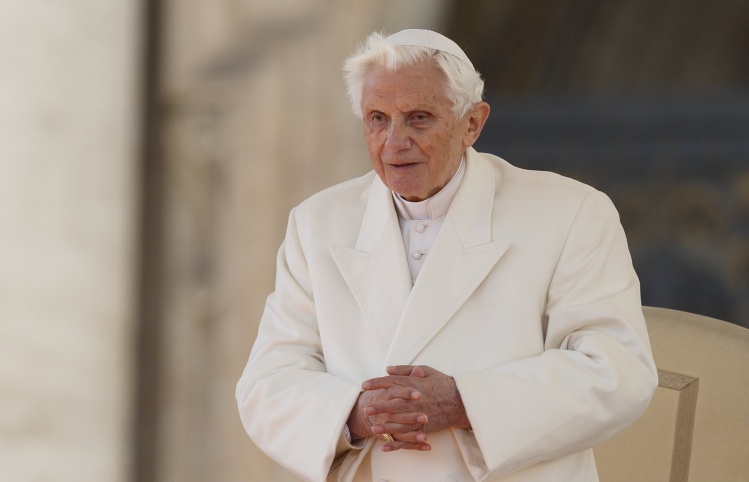 Almost ten years after making history for resigning from the papacy, Joseph Ratzinger—Pope Emeritus Benedict XVI—has died at the age of ninety-five, in the Vatican’s Mater Ecclesiae monastery, where he had been living since May 2013.

Born in Bavaria, Germany, on April 16, 1927, Ratzinger had a remarkable impact on the life and intellectual tradition of the Catholic Church, not only as pope, but also as one of the most influential theologians at Vatican II. After publishing major works commenting positively on the documents of Vatican II during the council and in the late 1960s, his insights affected the reception of the council from the 1970s onward, as his anti-progressive views—often expressed with a contrarian spirit—became inseparable from his persona, even after his election to the papacy in 2005.

As a powerful doctrinal policy-maker in the era following Vatican II, Ratzinger was in many ways the alter-ego of Pope John Paul II, whose pontificate is impossible to interpret without considering Ratzinger’s role. After a stint as archbishop of Munich (1977–1981), he was appointed by John Paul II as Prefect of the Congregation for the Doctrine of the Faith, an institution reformed after Vatican II. Under Ratzinger’s leadership, it gained greater prominence and generated controversy. His importance and influence was so valuable to John Paul II that the pope turned down his requests to leave his CDF post, which also helped make possible Ratzinger’s eventual election to the papacy.

Already known for revisiting Vatican II interpretations of ecumenism and interreligious dialogue, Ratzinger as Pope Benedict XVI turned his attention to other post-conciliar developments, most notably liturgical reform. He helped himself by remaining something of the theologian-in-chief while occupying the chair of Peter, with no one under him serving as influential a role as he did under John Paul II. Yet he was unable to establish and maintain the distinction between his personal theological views and the theology of the Church, so for many Catholics around the world these came to be conflated. This can be traced in part to his shyness and reluctance to “perform” on the global media stage the way his predecessor did (and his successor does)—something crucial for a pope in the twenty-first century.

In December 2005, eight months after becoming pope, Benedict delivered a speech in which he laid out his interpretation of Vatican II as a “hermeneutic of continuity and reform” (as opposed to a “hermeneutic of discontinuity and rupture”). This soon proved problematic. Response to this framing came to function as a litmus test of orthodoxy for some interpreters of the council, who as supporters of Benedict focused far more on “continuity” than “reform,” rather than thinking of them together as the pope had described. Yet at the same time, it’s hard to find an example of “reform” that Benedict himself proposed that didn’t try to undo changes brought about by Vatican II and the early post-conciliar period.

Ratzinger was in many ways the alter-ego of Pope John Paul II, whose pontificate is impossible to interpret without considering Ratzinger’s role.
sharetweet

Also problematic was his 2007 motu proprio, which reintroduced and encouraged use of the pre–Vatican II liturgical rite. This reinvigorated the traditionalists in the Church (especially in the United States) and legitimized a theological agenda not only obsessed with “liturgical abuses” and desacralization, but also hostile to Vatican II itself. The resurgence of an anti–Vatican II agenda in the last few years, and not just on the fringes of Catholicism, must be viewed as part of Benedict’s legacy.

Yet it was under his pontificate that the Church also began to face up to the magnitude of the sexual-abuse crisis, beginning with sanctions against Fr. Marcial Maciel, founder of the Legionaries of Christ. Though the punishments were mild, they at least signaled an end to the denial of the crisis by John Paul II and led to a visible shift in the Vatican’s approach to acknowledging and addressing sexual abuse and abuse of power, especially since 2018.

Of course, it was his resignation from the papacy for which history will remember Benedict, and which will have lasting impact on the Catholic Church. His decision to step down, made while he still had the physical and mental ability to serve as pope, was in line with the ecclesiology of Vatican II, and even the “spirit” of Vatican II—ironic, given his theological views about the relationship between spirit and letter, because under the letter of Vatican II resignation from the papacy was taboo. With his resignation, the papacy as an institution entered uncharted territory. It resulted in a new position, “pope emeritus”—a title he created himself (one that raised concerns even in conservative Catholic quarters)—and in a new tradition and way of living, which he soon set about defining: he would choose the monastic life, but he wouldn’t be a hermit.

These decisions will not be binding for any future popes who choose to resign, but they will be impossible to ignore. His attempts not to interfere with Francis, or to avoid creating even the impression of interference, have not always been successful. From 2013 to 2020, Benedict’s entourage intervened with books and essays published under his name, but likely not always under his editorial control, on a number of issues—including the intra-Catholic ecclesial debate over divorce and remarriage, theological discussions on the relationship between the Church and Jews, and major public matters like the roots of the sexual-abuse crisis. This sparked tension between Francis’s entourage and Benedict’s personal secretary, Archbishop Georg Gänswein, who in February 2020 had to leave the post of Prefect of the Papal Household, a position that Benedict XVI had given him when he was planning his retirement at the end of 2012.

The resurgence of an anti–Vatican II agenda in the last few years, and not just on the fringes of Catholicism, must be viewed as part of Benedict’s legacy.
sharetweet

Ratzinger’s legacy will also live on through appointments that have reshaped an entire episcopate, in bishops who hold unshakeable opinions on contraception, ordained ministry, and the role of women in the Church. It will live on through his theological contributions to the Catechism of 1992, John Paul II’s encyclicals, and other texts, writing that helped tilt the papal magisterium and the official teaching of the Church toward a more conservative stance on the reception of Vatican II. His popularity both as Cardinal Ratzinger and as Benedict XVI provides cover for the shift in conservative Catholic intellectual tradition, from the neo-conservative project beginning in the 1990s to today’s American Catholic neo-traditionalism. His theology amounts to a new apologetics, but in spanning the range of ecclesial (ecclesiastical) matters, it is not identified with any one particular idea that changed the theological landscape. This is fully in character for an intellectual and cleric with a strong sense of tradition who is deeply suspicious of theological innovations.

Both as cardinal and pope, Ratzinger met with some failures or came up short. He was unsuccessful in recasting the papacy in such a way that a pope could avoid being a spokesman for a post-European, global Catholic Church and for interreligious dialogue, a posture since embraced and embodied by Francis. Ratzinger also did not work to bring about the canonical and theological change that the sexual-abuse crisis made painfully and clearly necessary; instead, he continued to view the scandal through the lens of the post-1968 culture war. And, he never made a real attempt at reforming the Vatican and the central government of the Catholic Church.

After the “long nineteenth century” (as characterized by John O’Malley) of the Catholic Church was brought to an end by the calling of the council in 1959, Benedict XVI was in some ways the last pope of the delayed conclusion of the twentieth-century Catholic Church, a short century beginning with John XXIII and Vatican II and ending in 2013 with the election of the first non-European and non-Mediterranean pope. Joseph Ratzinger was a brilliant theologian and public intellectual, but also a provocative cleric who as pope had the courage to risk unpopularity. He will remain one of the most widely published and widely read popes in Church history, and likely one of the most controversial. Few committed Catholics will be indifferent or dispassionate about him. 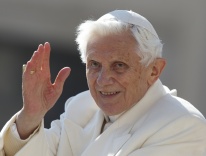 By George A. Lindbeck