Why Would Someone Choose Jail Over College?
By Robert Cowan
Domestic Affairs
Ethics
Social Justice

The brightest student in the class was a lean African-American kid named Fernando, who applied to Kingsborough Community College secretly from Upstate Correctional Facility. According to him, he wasn’t allowed access to a computer, but he somehow managed to submit the online application and get accepted. Then he took his acceptance letter to his parole hearing and got out.

The class was “Literature and Film,” and his insights into both the readings and the movies were much subtler than those of the other students. Discussing the connections between William Blake’s poetic work The Marriage of Heaven and Hell, and Jim Jarmusch’s existential western Dead Man, Fernando asked: “Professor, you said Blake was critiquing Swedenborg, right? Well, Swedenborg saw things as much more black and white, while Blake and the Indian character in the movie seem to see things as more unified.” I had never had a Kingsborough student who had even heard of Emanuel Swedenborg, much less understood critiques of his dualistic worldview.

But then, a few weeks into the semester, Fernando vanished. I asked a young woman in the class, a good student who seemed to know a lot of the guys, where he’d gone.

“Oh, he’s back in jail,” she said matter-of-factly. “He had to get his teeth fixed.”

I must have looked puzzled.

“He had a bad tooth and no dental insurance,” she went on, “so he just started dealing again and he got picked up—no problem.” Then she added, as if this would explain everything, “He lives in the Red Hook Houses.”

Quality of life at the Red Hook housing projects, which were called “the crack capital of America” by Life magazine in 1990, hasn’t improved significantly during the gentrification of Brooklyn in the past couple of decades. Federal and state budget cuts had led to steadily deteriorating physical conditions, even before damage from Hurricane Sandy. Volunteering there after the storm, I had talked with residents who said they also felt trapped by an overwhelming police presence on one side and the drug trade on the other. Indeed, periodic busts still yield a dozen arrests at a time. I told the young woman in my class that I understood, but what I was really wondering was how such a bright, promising student like Fernando could end up back in jail so quickly.

When people ask me how I characterize my students, I often say something like, “Well, there are those who got into Columbia but couldn’t afford it and are saving a hundred grand by getting their associate’s at Kingsborough and then going on to a school like Columbia. And there are students who seem to have barely made it out of the eighth grade.” Actually, this doesn’t accurately characterize the vast majority of Kingsborough students, who together represent three-quarters of the world’s countries, speak more than a hundred languages, and range in age from teenagers to nonagenenarians. There are veterans and single moms and, yes, former prisoners. Almost half of them come from households with incomes under the national poverty threshold.

This range of backgrounds and circumstances is reflected by the widely varying levels of preparedness for college-level work, and many people justifiably associate such schools with low incomes and low readiness. What many people even in education don’t know is that community colleges, in addition to helping the underprepared, offer honors programs aimed precisely at the most promising and most motivated students, and geared to helping those students—like Fernando—who might otherwise be trapped in a cycle of recidivism. Honors programs provide more challenging work for these students, including opportunities to present their work at national conferences, and create an environment of individualized attention necessary for them to obtain scholarships and transfer to prestigious four-year institutions. For some students, it’s simply finding their place in college—with people of similar abilities and interests—that makes the difference between whether they thrive or not, and where they go next. An honors program can help them do that, but many of our students have never thought of themselves as honors material. They need to be told that they’re smart, creative thinkers whose personal histories have value.

In the case of the formerly incarcerated, this involves understanding the numerous and considerable obstacles they face and giving them a second chance. But how do we shift the national conversations about mass incarceration and disinvestment in public education so that the public sees the connection between these two things—and so that those at risk of entering the penal system see the connection?

Derek, a student from one of my Honors English composition courses, served seven years for driving what he supposedly didn’t realize was a get-away car from a drug deal. In his early thirties and the father of six, he was working to get his life back on track. He applied for the Salzburg Global Seminar—a week-long, full-scholarship program in which students take a global ethics class at Kingsborough and, over spring break, travel free to Austria to engage in seminars on globalization taught by professors from across Europe and the United States at the castle where The Sound of Music was filmed.

Derek, who had never been abroad except to visit family in Puerto Rico, came back from Austria transformed, with his worldview dramatically larger in scope. He began telling the professors and administrators who worked with him about conversations he was now having with his children—about global issues like human trafficking, climate change, and economic disparity.

But to make this possible, Derek needed someone to believe in him, to look past his prison record and give him another chance. He had been my student previously, and when he was selected for the program only as an alternate I made a special appeal to the college’s associate provost to fund his admission. This was the crucial step and it was not likely to happen in other parts of Derek’s life. As legal scholar Michelle Alexander notes in The New Jim Crow: Mass Incarceration in the Age of Colorblindness, “Once you’re labeled a felon, the old forms of discrimination—employment discrimination, housing discrimination, denial of the right to vote, denial of educational opportunity, denial of food stamps and other public benefits, and exclusion from jury service—are suddenly legal.” In recent literature about incarceration, Alexander and others emphasize how the current setup of the penal system practically ensures that once people enter it, they forfeit many of the rights and privileges that would help them get back on their feet, get a job, and live responsibly upon release. Their debt to society can never be paid, despite the fact that, in so many cases, they have served disproportionately lengthy sentences for relatively minor crimes, such as those related to drugs. Given this reality, it’s perhaps understandable that someone would choose to go back to jail for dental work.

THE PROVEN METHOD of helping former prisoners build a normal life after their release is providing them with college-level courses while they’re incarcerated, which a 2013 U.S. Department of Education study found drops recidivism rates an average of 43 percent. The City University of New York (CUNY), of which Kingsborough is a part, used to offer classes in prisons. Such programs have largely disappeared in the years since President Bill Clinton began denying Pell grants to prisoners and former New York State Governor George Pataki made inmates ineligible for the state’s Tuition Assistance Program. (How and whether President Obama’s recently announced plan to make community college tuition-free may address this particular issue remains to be seen.)

CUNY’s University Faculty Senate Committee on Higher Education in the Prisons has been trying to figure out how to reverse this state of affairs, jump-starting the conversation at CUNY by reaching out to correctional facilities and by trying to learn from private colleges, such as Bard, that have kept their prison-education programs afloat without public money. It seemed as if some progress was being made on this front when New York Governor Andrew Cuomo proposed in February 2014 that the state pay for college classes for inmates again. But, as the New York Times reported two months later, the plan was dropped from the final budget because it was too controversial. Those who opposed it didn’t want to pay for “Attica University,” as one Albany lawmaker termed it, when tuition costs were rising for those who were deemed more deserving. In December 2014, the Obama administration moved to make Pell grants available to people held in juvenile correctional facilities that fall under local and county jurisdictions, but this seems unlikely to receive congressional support for the same reasons that Cuomo’s proposal was withdrawn.

This is shortsighted. The Vera Institute of Justice found that prisons cost American taxpayers $39 billion in 2012. In the same year, because of government disinvestment in public higher education, public universities covered 44 percent of their operating expenses with tuition, the highest percentage ever and an increase of 24 percent over the past twenty-five years. What this suggests is that it’s time to rethink our priorities when it comes to the penal system and the public higher-education system, and to reconsider how the two are related. With access to college-level courses, prisoners are much less likely to return to the behaviors that landed them in jail in the first place. What’s more, they might begin to meet the requirements for enrolling in a public university and navigating the post-release obstacles that scholars like Alexander highlight. Once in college, they would have exposure to the kind of opportunities the honors programs at Kingsborough and other public colleges offer. After that, some of them might even be able to head off to a place like Columbia.

Fernando, however, was back in jail by the time my “Literature and Film” class read Ray Bradbury’s Fahrenheit 451 and viewed Woody Allen’s Sleeper. I found that the concept of dystopia inherent in the book and movie needed little explanation to many of my students; they already feel that they live in a society in which slogans about universal access and colorblind opportunity are just propaganda. Unfortunately, I don’t know what has happened to Fernando since. He disappeared into a system I don’t have access to, while I continue to work in a system that tried but failed to embrace him. 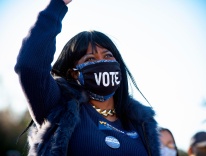 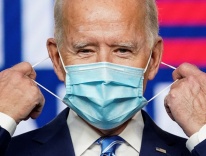