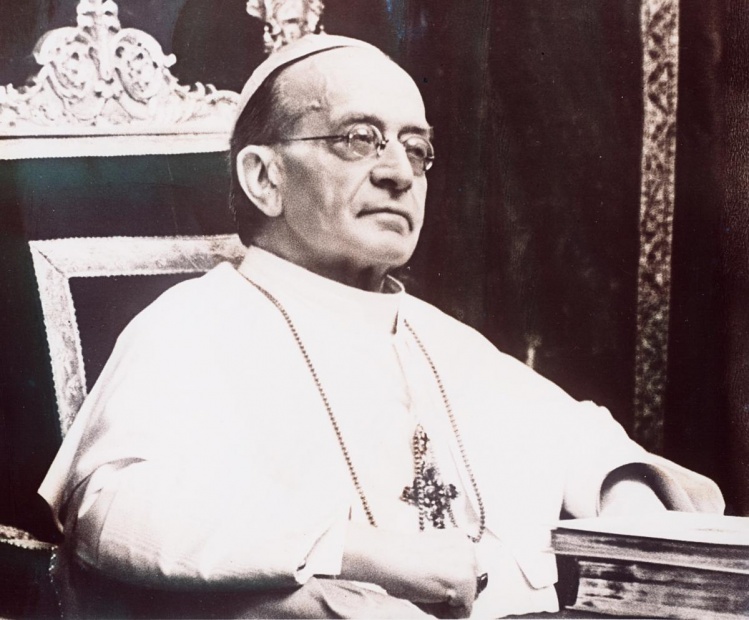 Perhaps prompted by nervousness about the agenda of Pope Francis, recently there has been a flurry of activity pushing the compatibility of Catholicism with capitalism. In a recent op-ed in the Wall Street Journal, Tim Busch—trustee of the Catholic University of America—praises the power of free markets to lift people out of poverty. In his view, the free-market system advances the virtues enshrined in Catholic social teaching, and is therefore superior to “collectivist” economic systems in which big government impinges on personal freedom.

Busch presents a false dichotomy. Who does not oppose the collectivism associated with the oppressive Marxist regimes of the twentieth century? Catholic social teaching has always staked out a middle-ground position that opposes the excesses of collectivism on the one hand, and laissez-faire individualism on the other—the “twin rocks of shipwreck,” as Pope Pius XI put it in Quadragesimo anno (1931).

The Catholic Church has always taught that the right to private property is never absolute, and must always be subordinated to common use—making sure that the needs of all are met. And while collectivism can elevate common use at the expense of private ownership, free-market individualism errs in the opposite direction. Writing at the time of the Great Depression, Pius XI was particularly blunt: “The right ordering of economic life cannot be left to a free competition of forces,” he said. “For from this source, as from a poisoned spring, have originated and spread all the errors of individualist economic teaching.”

Later papal teaching has reiterated that point, most recently in Pope Francis’s condemnation of the “sacralized workings” of the free-market system. “We can no longer trust in the unseen forces and the invisible hand of the market,” he warned (Evangelii gaudium, 2013).

In what, then, can we trust? The answer is not radical. It’s actually quite old-fashioned. It boils down to the kind of “mixed economy” that worked so well during the postwar era, before the resurgence of laissez-faire individualism over the past three decades. That model envisioned a partnership between the public and private sector in which the market would take the lead, but the state would curb the market’s excesses and fill in its gaps. In that kind of economy, the government serves as guardian of the common good, intervening in economic matters when it must. Just as the government must not smother individual initiative, neither should it ignore individual needs in the name of maximizing freedom. As is often the case with the Catholic sensibility, finding the right balance requires prudence.

In a mixed economy, for example, the government would provide goods and services in areas where the private sector falls short. It would establish reasonable regulations to support the common good—for example, to stabilize the financial sector, to prevent environmental damage, and to make sure the basic standards of justice are met by, say, protecting the rights of workers and ensuring that all have access to affordable health care. It would also provide safety nets to catch those who fall through the cracks that inevitably appear in the structure of any market economy. Think of the Christian Democrat–-inspired “social market” economy in Europe, or the New Deal in the United States, which was heavily influenced by Catholic social teaching.

That was a model that worked. It is no accident that the three decades after the war are remembered not only for robust economic growth but also for economic stability and social equity. It is no accident that the swing back toward laissez-faire in places like the United States has failed to boost long-term economic performance. But it did manage to dramatically increase both economic instability and income inequality—leading to an entrenched economy of exclusion. Pope Francis, for one, can see the writing on the wall.

What about the considerable economic gains across the world, including the astounding reduction in poverty? That is certainly real, but, once again, it often came from moving away from an extreme economic position—the most obvious example being China’s decision to jettison its harshly collectivist economic system. More recently, many of the gains in poverty reduction in regions like sub-Saharan Africa came as much from public-policy decisions—through the Millennium Development Goals, for example—as from the magic of the market.

The Catholic promoters of the free market are right about one thing—the role of government, important though it is, is nonetheless limited in what it can accomplish. They are right to emphasize, as Busch does, that markets work well only within a moral culture. But free-market boosters rarely tease out the full implications of what that means. They usually focus on factors such as honesty, accountability, and transparency—and the need to avoid cronyism and corruption. But that is just the tip of the iceberg. The real problem is that a true moral culture is simply out of reach once self-interest is held up as the primary virtue of the market.

But is there a realistic alternative? Yes, according to an influential group of economists inspired by Catholic social teaching. That school of thought—which has its roots in the Italian civil-economy tradition associated with Antonio Genovesi, a contemporary of Adam Smith—upholds reciprocity rather than self-interest as the supreme virtue of the market. That means foregoing the maximum benefit to oneself in order to offer a benefit to others, trusting that the blessing will be returned. This fits with the (very Catholic) idea that human beings are primarily social and cooperative rather than atomistic and egoistic. It also fits with the theological vision of the human being as a relational person and not just an autonomous individual. That might sound naïve, but it has some practical—and even radical—implications. What it means is that we can no longer create a sharp divide between the market and the state, with the former focusing on the creation of wealth and the latter concerning itself with distribution. Instead, distributive justice now belongs right in the heart of the marketplace. Business must support the common good too—not just the private good. That was a major theme of Pope Benedict XVI’s social encyclical Caritas in veritate—where he argued that principles like fraternity, gift, and gratuitousness must suffuse all areas of economic life.

This outlook has major implications for how business operates. For a start, it challenges the core idea of maximizing profit at any cost and prioritizing the interests of shareholders over other stakeholders like workers, society at large, and the environment. It challenges the strategy of corporations that exploit a globalized economy to limit taxes, wages, and regulations. It challenges the idea of corporations spending enormous sums of money to tilt policies toward their own short-term interests and away from longer-term sustainability and the common good—a striking example of the crony capitalism the Catholic free-market cheerleaders claim to loathe.

Finally, when the likes of Busch and the Koch brothers talk about “free markets,” they are not really talking about the market as mode of cooperation for mutual benefit. Rather, they are peddling an ideology of self-interest designed to push the economic system toward one extreme, which deviates from the core principles of Catholic social teaching. They claim to oppose collectivism, but their laissez-faire individualism actually mirrors its errors—both “rocks of shipwreck” threaten human dignity.