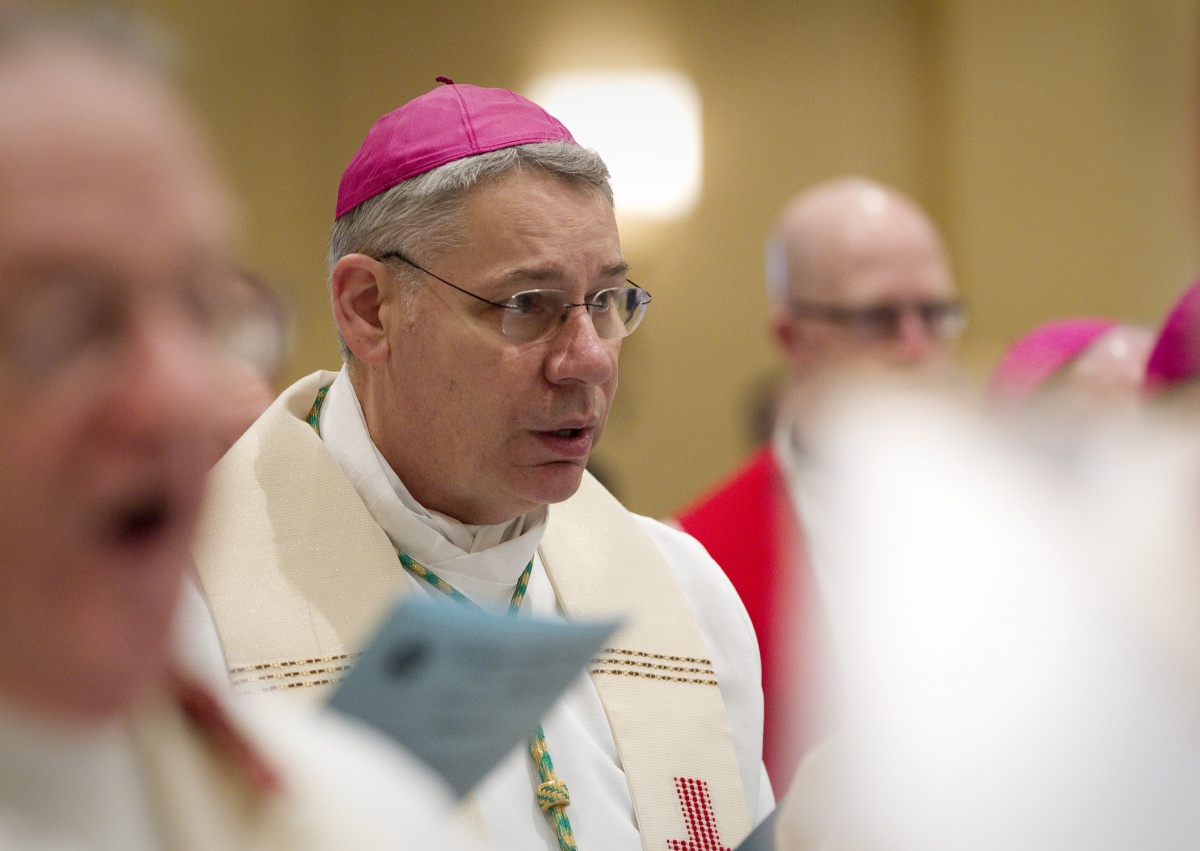 In a one-sentence bulletin released this morning, the Vatican announced that Bishop Robert Finn of Kansas City-St. Joseph, who was convicted of failing to report child abuse in 2012, has resigned. Pope Francis accepted Finn's resignation "in conformity with canon 401, paragraph 2"--the statute that covers bishops who cannot fulfill their duties because of poor health or "other grave reasons." News of the resignation follows months of speculation, which had intensified over the past week, that Pope Francis was poised to remove Finn. In September 2014, the National Catholic Reporter revealed that a Canadian bishop had been sent by the Holy See to Kansas City to investigate Finn. Just last November, Cardinal Seán O'Malley of Boston, president of the pope's new commission on child protection, told 60 Minutes that the Holy See had to "address urgently" the case of Robert Finn. Less than six months later, Pope Francis has done just that.

1. Yes, Pope Francis is serious about accountability for bishops. Pope Francis's early comments on the sexual-abuse scandal were hardly encouraging. But before long he sent a message to the world's bishops asking them to get behind his new commission for the protection of minors. Over the past year, some members of that commission have suggested that they would walk if they didn't see accountability for bishops who enabled abusers. They had seen the pope move against the so-called Bishop of Bling for financial mismanagement. They knew that he had ousted Bishop Livieres in Paraguay, but the Holy See's statements about that decision curiously avoided acknowledging that it had anything to do with the fact that Livieres had promoted a priest long accused of sexual misconduct. More recently, two members of the pope's child-protection commission openly criticized his decision to appoint Chilean Bishop Juan Barros to a new diocese, despite allegations that he had covered up--and  witnessed--acts of abuse committed by his mentor. Just yesterday, one of those commission members, Marie Collins, told Crux that the pope was considering a proposal on bishop accountability. She even name-checked Finn: "I cannot understand how Bishop Finn is still in position, when anyone else with a conviction that he has could not run a Sunday school in a parish." That won't be a problem anymore.

2. In one sense, this call was a no-brainer. After all, Finn is the only bishop to be convicted of failing to report suspected child abuse--the crime that drove the scandal. If he were a regular Catholic offering to volunteer at a parish, as Collins has pointed out, he wouldn't even pass the mandated background check. Finn broke trust with his people, which is why he lost so many of them. One Kansas City man, a Communion minister, told NPR that he refuses to pray for Finn during the Eucharistic prayer, "because he's not my bishop, as far as I'm concerned." Since Finn took over in 2005, his diocese has lost a quarter of its Catholics, according to Michael Sean Winters.

3. In another sense, this was not a no-brainer. Kansas City Catholics had been waiting a long time for new leadership. When Pope Francis began demonstrating that he was not afraid to remove bishops who behaved badly, they hoped theirs would be next. But Francis moved deliberately. Not being terribly familiar with the U.S. church, the pope initiated his own fact-finding mission. He also had to take into account the anxiety of bishops who worried that the ground was shifting beneath their feet. Some critics had already suggested that Francis was targeting conservative bishops for ideological reasons. Rushing to remove Finn would only exacerbate those concerns--and allowing an investigation to unfold is, for this pope of process, a good in and of itself.

4. Bill Donohue does not know what he's talking about. Time and again, the president of the Catholic League has gone to the mat for Bishop Finn. He has declared him "an innocent man." He has gone to Kansas City to stage a protest outside the offices of the Kansas City Star. He has issued press release after press release claiming that Finn was the victim of a smear campaign. He has repeated the falsehood that the case Finn failed to report was not about sexual abuse--it was about possessing and creating child pornography, defined by civil and canon law as child abuse. Donohue has no grasp of the facts of the case and apparently no interest in learning them. He just makes them up as he goes along. Of course, when it comes to the sexual-abuse scandal, that's just how Bill Donohue rolls. But if I were a bishop whose words of endorsement still appear on the Catholic League's website, I'd see about having them removed. (Update, 12 noon: Right on cue, Donohue weighs in with his error-ridden, self-justifying defense of Finn: "We thank him for cleaning up the mess he inherited.")

5. If you are a bishop with a bad record on sexual abuse, you are not having a good day. If you are a bishop who has been the subject of a Vatican investigation, you are having a terrible day. Archbishop John Nienstedt of St. Paul and Minneapolis has been criticized for mishandling abusive priests. He has also been accused of sexual misconduct with adults (including priests and seminarians)--charges he denies. Following those allegations, the archdiocese launched an investigation of its own. It hired a well-regarded law firm, Greene Espel, which interviewed several people, took affidavits from others, and found multiple allegations of misconduct. The law firm completed its work in July--and then the archdiocese announced that the investigation was ongoing. In December it hired another lawyer who started re-interviewing some of the people who filed affidavits with Greene Espel, which suggests it wasn't entirely pleased with what Greene Espel produced. The archdiocese has said it will forward the full report to the papal nuncio, but it's not clear when that report will be completed (the first complaint about Nienstedt came to light in late 2013). If that report contains evidence that supports the allegations against Nienstedt, his days in the Twin Cities may be numbered.

Episcopal accountability has been the great unfinished business of the sexual-abuse scandal. For decades, Catholics have wondered why the Vatican punished priests who abuse children but not the bishops who enabled them. Was the Holy See even capable of disciplining bishops who fail to protect the most vulnerable under their care? But after Pope Francis removed Bishop Livieres in Paraguay--a decision precipitated by the public outcry over the promotion of an accused cleric--Catholics started to see the writing on the wall. And when it was reported that archbishop who investigated Finn had one main question for interviewees--"Do you think he is fit to be leader?"--that writing became clearer.

Pope Francis is not shy about ditching failed bishops. If he is met with resistance, as he was in the case of Bishop Livieres, he will not be deterred. The Vatican's announcement of Livieres's removal did not mention the canonical reason for his departure. It simply said he had resigned for the good of the diocese. That show of determination may give canon lawyers agita--whether and how a pope can get rid of a bishop is not an easy question, canonically or theologically. But, coupled with the removal of Bishop Finn, it gives Catholic parents something else: hope.