The Pope on Earth Day 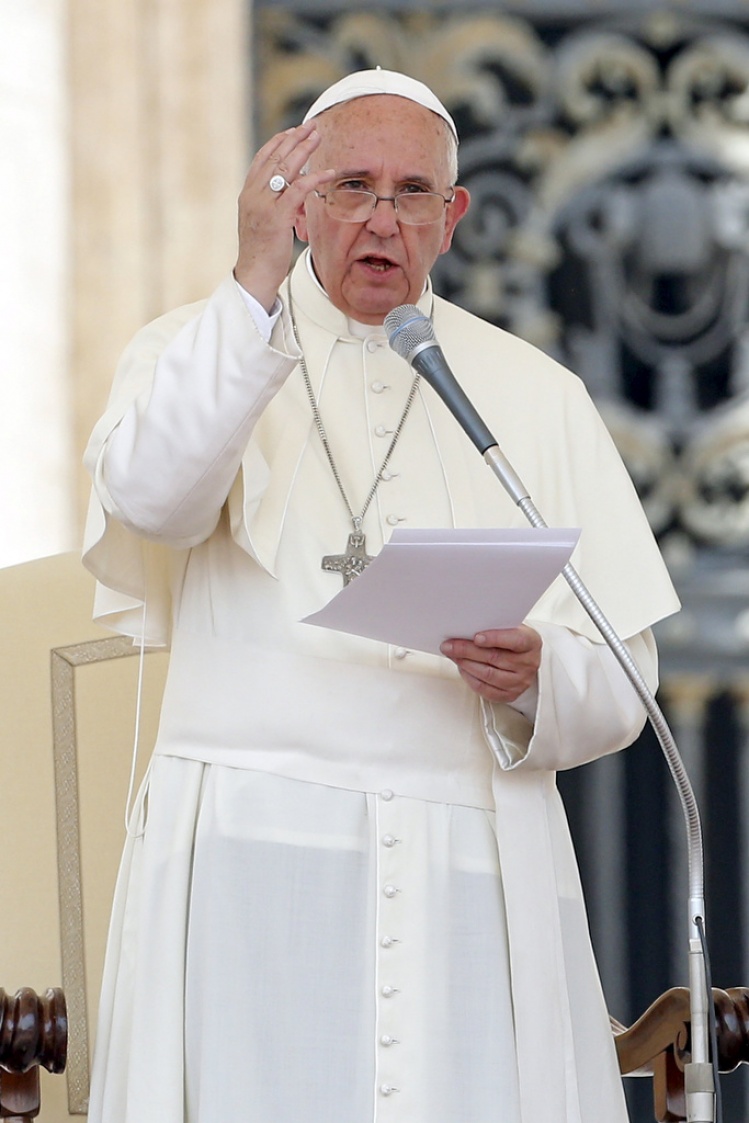 “I exhort everyone to see the world through the eyes of God the Creator," the Pope said, namely that "the earth is an environment to be safeguarded, a garden be cultivated.”

“The relationship of mankind with nature," the Jesuit Pope stated, "must not be conducted with greed, manipulation and exploitation." Rather, he said, "it must conserve the divine harmony that exists between creatures and Creation within the logic of respect and care."

It is interesting to juxtapose this with recent conservative worries about the upcoming encyclical. As rendered by the Action Institute’s blog, the main issues are (a) the climate is always changing, so we shouldn’t be too hasty in saying we have a problem, (b) international government action is the wrong way to go about acting, (c) materialism is a “cultural” problem, but not a problem with the free capitalist economy itself.

The pope’s brief message is a clear response to these points. First, the pope seems clear that the beginning of any solution must be to acknowledge the problem. Words like respect, care, protection, and harmony are not the words that spring to mind in characterizing present practice. Would Mr. Jayabalan argue that in fact we are exercising these things? Second, the environment is the quintessential common good; it is inherently something that is shared. For a long time, strongly free market economists have tried to argue that even problems of pollution can be solved by market transactions; but the language of protection signals that there is no way for the environment itself (nor for future generations) to be a part of the contractual transaction. Shared action is necessary, and it should be on the appropriate scale. The appropriate scale for the atmospheric issues involved in climate change is the global one. Third, “greed, manipulation, and exploitation” may not be inherent properties of markets, but they are all too often systemic problems in our present form of globalized markets. I am the first to say that personal virtue is absolutely necessary to address environmental problems, and Americans should be first in line in renewing practices of restraint, of minimizing waste, and the like. But let’s not pretend that our present system is somehow neutral: consumer capitalism thrives on a lack of restraint, a lack of respect, a lack of conservation. Markets aren’t the problem; globalized consumer capitalism, on the other hand, is not interested in conservation, thrift, and the like.

In all of these cases, there is a denial of reality, because acknowledging the reality would require giving up the ideological claim that free markets and limited government are always best, and that they have some special relationship to Christianity, as well. On this Earth Day, it would be nice to imagine that the encyclical would at least lead to an acknowledgement of reality, so that perhaps those who favor different courses of action might get together and collaborate on creative ways forward. Can markets help solve environmental crises? Sure. But in order to have that conversation well, it needs to be recognized that there are serious problems in the present, and by their nature, they are not going to be addressed simply by markets or by proceeding largely with the status quo.

What's the Point of It All?