The Part He Played 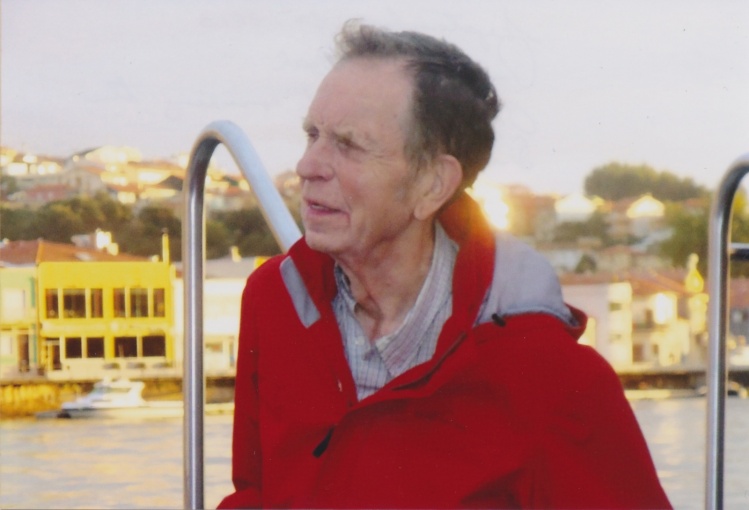 Jerry Ryan (1937–2020), Boston Irish and Lithuanian, died on January 23. He was eighty-two. The son of a policeman, he began writing for Commonweal in 1973. His first byline was Anonymous, as he was reporting firsthand on the overthrow of Salvador Allende in Chile. At the time, he was a member of the Little Brothers of Jesus (followers of Charles de Foucauld’s hidden life of prayer among the poor). And while stationed in Chile, Jerry had been active in creating workers’ cooperatives. Now a hunted man, he had to flee for his life. Jerry escaped to Argentina using a pseudonym, then flew to Washington D.C., where he reported firsthand information about the coup. He soon returned to Argentina, then moved to Bolivia, where he worked for seven years.

Jerry was first drawn to living in South America in 1960. At that time, he was working in the engine room of a Norwegian freighter. When it docked in torrid Guayaquil, Ecuador, Jerry encountered a human landscape of “screaming misery” (his words). That reality, he said, turned his life “upside down.” He knew immediately where he wanted to spend his life. “I’d never really suspected that such misery existed,” he recounted, “but once I had seen it, I had to be part of it.”

Jerry once described the Little Brothers as “a geographically scattered group of self-starters.” In keeping with their vocation of sharing the daily labor, life, and burdens of the poor, Jerry worked as a lumberjack, gravedigger, brick maker, grape picker, hospital hand, foundry worker, and later, after he left the Little Brothers and returned to Boston, for over thirty years as custodian and shop steward at the New England Aquarium. He had left the Brothers and married Nayda Madrid in Bolivia in 1978. When a series of coups rocked that country two years later, Jerry, his wife, and their young son, Steven, were forced to emigrate to the United States following the abduction and brutal murder of Steven’s godfather, Fr. Luis Espinal, SJ (see “Artist, Activist, Martyr,” Commonweal, August 14, 2015).

Jerry's articles and Last Words could make you laugh out loud.
sharetweet

Over the decades, many of Jerry’s adventures, reflections, and accounts appeared in these pages. A gifted writer and storyteller, his articles and Last Words could make you laugh out loud (see his description of digging graves on a muddy hillside in northern England in the pouring rain—“Real and Unimaginable: The Resurrection of the Body,” May 5, 2017). Without exception, however, Jerry’s articles led the reader to some profound consideration. (He had studied philosophy and theology with the Dominicans in France and been awarded highest honors.) His own approach came to mirror that of an old priest he had met in rural France in 1960, the curé of Sère-Lanso (see “Legacy of a Country Priest,” October 7, 2011). That old priest, Jerry wrote, “talked about the things of God matter-of-factly, simply and naturally, as if this dimension of reality were obvious to everyone.” Further, the curé’s “peace, goodness, and detachment” helped Jerry simplify his own life and dispel “the false problems I was creating for myself.”

Jerry had a profound sense of the Body of Christ, and his own obscure place in it. He suffered a period of alcoholism, after which his compassion for others only deepened. Many years later—after breaking a hip and a wrist at the age of seventy-seven, effectively ending his thirty-three-year shift at the aquarium—Jerry learned anew God’s care. This time it was rendered through countless acts of kindness from family, friends, coworkers, and even strangers (see, “One of the Least,” February 20, 2015). For Jerry, all this was a manifestation of the Trinity’s enveloping compassion, for humanity and all creation.

As his Commonweal articles demonstrated, Jerry Ryan was a profound and versatile theological thinker. Versatile because of his openness to the ways and truths of others and—most pointedly—of the Holy Spirit; profound because he never shied away from the most haunting and daunting of mysteries: God’s existence and presence, the Trinity, death, and humankind’s sin and redemption. Amazingly, he did this with a straightforward grace and beauty that never settled for the formulaic or merely theoretical. He achieved it through plain language that emanated from his experience.

When Dorothy Day died in 1980, Jerry attended her funeral Mass. Later, he told of seeing sparks dance around her coffin at the Gospel (“The Fear of God,” September 12, 2014). At his own funeral Mass, his son read from one of Jerry’s Commonweal pieces, “Fireworks” (July 5, 2019), because, he said, it conveyed his father’s voice. It is the story of a young piccolo player who couldn’t see her own tremendous contribution to the fabulous orchestrated fireworks demonstration Jerry had just witnessed over Boston harbor. Jerry tried to reassure the young instrumentalist of her singular, necessary role: “We must play our part without (yet) knowing its whole significance,” he said. For Jerry himself, that significance is now fully—and no doubt joyously—revealed.

‘The Gospel Is Hard’