Last Word: The Fear of God

A Gift of the Holy Spirit?
By Jerry Ryan
The Last Word 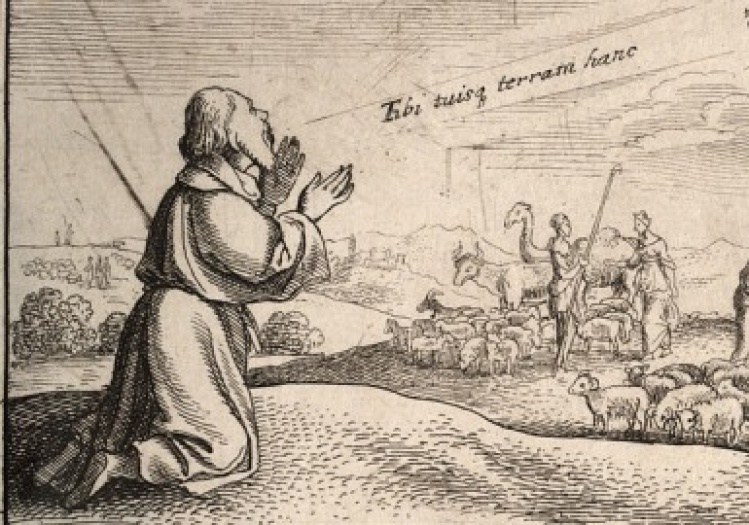 The only physical experience I’ve ever had of the “supernatural” occurred during Dorothy Day’s funeral Mass. When the gospel reading began, I saw sparks coming from Dorothy’s coffin. My first thought was that there was a short circuit somewhere, but no one seemed concerned. Once the gospel reading was over, the sparks stopped. I dared not mention it to anyone at the time, and no one commented on it. It took me years to muster up the courage to ask my friend Patrick Jordan if he had noticed anything unusual at the funeral. He hadn’t. When I told him of my experience, he said quite simply, “That was for you.” There it was: a gift, a reassuring vision, and my only reaction had been fear and shame.

Maybe my fear was something like that of the myrrh-bearing women on the day of the Resurrection. Initially they dared not tell anyone that they had seen an angel proclaiming that Jesus had been raised. Later, when the Risen Christ first appeared to his apostles, they were afraid and confused and thought that they were seeing a ghost. Maybe they were afflicted with a type of fear that haunts us all to one degree or another: the fear that the Christian narrative is simply too good to be true.

The fear of the Lord is a theme that runs throughout the Old Testament. It is called the beginning of wisdom and defines the just man. Yet the risen Christ tells his disciples not to be afraid and transforms their fear into joy. When I was a boy, we learned in catechism class that the God of the Old Testament was a jealous and often angry God, whereas Jesus appeased his anger and revealed him to be a loving Father. We don’t talk that way anymore. We know it is the same God who reveals Himself in the Old Testament and the New. But the fact that one of the Holy Trinity became flesh and dwelt among us manifests a depth and quality of love we could never have imagined. It took centuries before the church was able to articulate the immensity of this gift, and this is still an ongoing process. With the New Testament revelation the accent shifts to the “perfect love that casts out fear” (1 John 5:18). Nonetheless, even with its subordinated importance, fear of the Lord remains part of the church’s legacy as one of the gifts of the Holy Spirit.

When we speak of the fear of God, everything depends on what we are afraid of and why. Classical spirituality distinguishes between servile fear and filial fear. Both suppose faith and grace. Servile fear is the fear of punishment, and the greatest punishment imaginable is the eternal loss of God. God is all-merciful, but we have to accept this mercy and be aware that we are in need of it. Filial fear would be the fear a son has of offending a loving father to whom he owes everything. In the gospels, God reveals himself as a father, a father to Jesus and a father to us all. Charles Péguy wrote that “all the sentiments, all the movements that we should have for God, God first had them for us.” In some mysterious, analogical way, the father is afraid—afraid of losing us. And so he sends his son.

Hope and faith will pass; love and awe will not. In heaven, there will no longer be fear of losing or offending God. When all has been made manifest, there will only be gratitude, security, and an ever-increasing love. Then our fear will take the form of an awe constantly purified and enriched. But this awe is already present in this life in an inchoate and imperfect state. Here, God’s unknown dimensions themselves become a source of joy, a constant anticipation of a yet greater joy.

There is a passage in Dostoyevsky’s Crime and Punishment that always moves me deeply. Marmeladov, a self-loathing and self-sabotaging alcoholic, gives a drunken speech in which he imagines the Last Judgment:

And he will judge and forgive them all, the good and the evil, the wise and the meek. And when he has done with all of them, then will he summon us. “You too come forth ye drunkards, come forth ye weak ones, come forth ye children of shame.” And we shall all come forth without shame and shall stand before him. And he will say to us: “You are swine made in the image of the beast and with his mark. But come ye also.” And the wise ones and those of understanding will say: “O Lord, why dost thou receive these men?” And he will say: “This is why I receive them, O ye of understanding. Not one of them believed himself to be worthy of this!” And he shall hold out his hands to us and we shall fall down before him…and we shall weep…and we shall understand all things and all will be understood.

All things: the things hidden to us now will be revealed, to our relief or bewilderment; and the things about each one of us that were invisible to others will be revealed. We will no longer be alone with the deep realities—including the deep wounds—that we cannot communicate in this world.