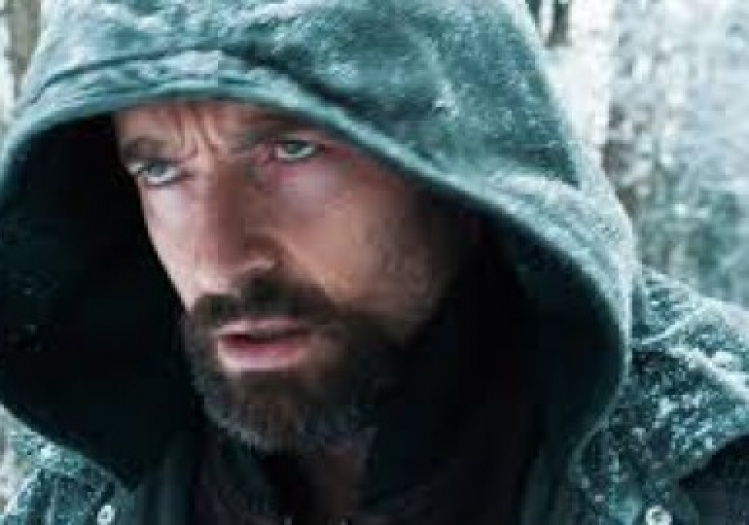 Prisoners is a thriller about the infectiousness of sin. Its very first shot evokes the end of innocence: Pennsylvania woods under new-fallen snow, a young deer caught in a rifle’s crosshairs, a man’s voice murmuring the Lord’s Prayer (and dwelling a bit on “forgive us our trespasses”), the sound of the shot, the deer’s collapse, and a father congratulating his teenage son on his first kill.

Of course, it’s not a sin, or even illegal, to kill a deer in season, and the father wasn’t praying for forgiveness while instructing his son. That voice-over is a preview of anguish to come. In fact, Keller Dover (Hugh Jackman) regards hunting as part of a survivalist’s curriculum. In his household, the most important thing is to “be ready” for whatever catastrophes await. And, like many of his ilk, Dover insists on meeting tragedy his way, which is not necessarily the law’s way. When catastrophe does strike—the kidnapping of his little daughter and the daughter of his best friend—this devout patriot and truly loving father and husband tries to recover the children with methods that must outrage any person’s sense of decency, including his own. In his fury and frustration he abducts the chief suspect (Paul Dano), a mentally retarded young man whom the police don’t have enough evidence to hold. Dover takes him to an isolated abandoned house and subjects him to a torture that would result in death if taken an inch further. Dover prays for forgiveness even as he tortures, but the suspect only retreats within himself, admitting nothing. Infuriated by this silence, Dover keeps at it. A victim has become a victimizer. Infection.

When the other parents, Grace and Franklin Birch (played by Viola Davis and Terence Howard), are invited to be partners in the interrogation, they are repelled. Fully aware of how wrong this is but desperately clinging to any hope, they shamefacedly give Dover their tacit consent.

Sin of commission leads to sin of omission: while off chasing clues or inflicting pain, Dover is neglecting his wife (Maria Bello), who is prostrate with grief. The father leaves it to his son to keep the family together, but the teenager is unable to cope. Keller Dover, the great family man, is allowing his family to disintegrate while he pursues his self-righteous quest.

Aaron Guzikowski’s script presents the chief investigator, a young detective called Loki (Jake Gyllenhaal), as the antithesis of Dover. Despite bearing the name of the Norse god of fire and mischief, Loki is neither inflammatory nor pernicious but a cop determined to crack the case by the book, with a little help from his own powers of imagination and empathy. Throughout the first half of the film, it’s Loki’s braininess and pertinacity that make at least modest progress on the case, not Dover’s brutal methods. Aside from nabbing the initial suspect, the detective uncovers various facts that might lead to a solution if only he could discover a pattern in them: the testimony of a mother in a cold-case kidnapping, an alcoholic priest with a decaying body in his cellar, a second suspect who is burgling the homes of the victims and making strange drawings of labyrinths. But though Loki knows nothing about the torture, he does suspect that Dover is conducting a rival investigation, and this pushes him into employing a bit of Dover’s vigilantism, with disastrous consequences. By now the original infection has produced a plague.

This story is so packed with incident that any ordinary director would probably stage Guzikowski’s script at a hurtling pace. But director Denis Villeneuve—a young Canadian whose 2011 Indies won an Oscar nomination—dared to make an adagio thriller that brings out the full moral weight of the screenplay without reducing suspense. Villeneuve includes details and sidelights that any director with a nervous eye on the box office would leave out. Soon after the kidnapping, we see Dover staring at his daughter’s toothbrush placed among the rest of the family’s, a banal object that suddenly suggests the shattering of domestic tranquility. Certainly, the director also has a handle on conventional cinematic tricks, but he takes them a step further. This is hardly the first movie to show panicked people dashing about in the rain in search of loved ones, but here the director depicts with exactitude how rain increases panic and fear by obscuring vision and impeding movement. Cinematographer Roger Deakins, working with subdued shades of blue and gray, infuses Prisoners with a sort of weighty dinginess that supports both its gravity and its suspense, while the incisive editing of Joel Cox and Gary D. Roach keeps viewers hooked for the whole ride despite the film’s daringly slow rhythm.

Hugh Jackman roots Dover’s rage in the intense love he feels for his family, so that even as we deplore the man’s deeds we can’t dismiss him. The role of detective Loki requires an actor who can use his face to communicate unspoken trains of thought—not an easy task even for good actors. (How often Jack Nicholson has lapsed into sheer mugging whenever a mental light bulb clicks on.) Jake Gyllenhaal succeeds admirably, and this enables the director to turn the movie’s final shot—a close-up of Gyllenhaal having a revelation—into the snappiest visual punch line since Walter Matthau heard Martin Balsam’s sneeze at the end of The Taking of Pelham One Two Three.

Maria Bello may be tired by now of playing hard-pressed mothers, but her work here betrays no jadedness. Viola Davis and Terrence Howard, as the Birches, make us understand how far desperation can drive decent people. And in the pivotal role of a suspect’s guardian, Melissa Leo delivers her lines with a flinty evenness and a fixed gaze, risking monotony as daringly as she risked hamming it up in The Fighter. In both films the risks pay off.

Two flaws keep this very good movie from being the minor masterpiece it should have been. First: There’s a reason the classic British mysteries of the ’30s gathered suspects into the library for the detective’s magisterial summation. That final clarity was the payoff for the reader’s patience. Such a device would have been out of place in Prisoners, but the last twenty minutes of the film, which unload too many outré plot twists and bizarre (even demonic) explanations, make you long for lucid exposition.

Second, and more crucially: Prisoners kept reminding me of cable shows, such as The Bridge, The Killing, and Broadchurch, that press the detective-story format toward conclusions graver than anything Agatha Christie or even Raymond Chandler ever dreamt of. Like those cable shows, Prisoners portrays victims and detectives as though they are almost as morally blighted as the criminals. But multi-episode TV shows can afford to put the mere clue-hunting on hold for minutes, even hours, at a time in order to explore character. Prisoners, though two-and-a-half hours long, is too plotty to allow for such exploration, but one senses that its makers were yearning for it. If the film had been a cable series, certain questions probably would have been answered. Why is the relationship between Loki and his chief so poisonous? Why does the wife sob that she married Dover to feel protected? Protected from what? Why does Loki look so furtive when he’s praised for an unbroken record of solved cases? I suspect that a lot of Guzikowski’s cherished moments were left on the cutting room floor. Perhaps the DVD version will restore them. The big-screen version left me with the impression of a much too tightly wrapped package that kept spilling its often fascinating contents.