This year's elections may exacerbate the difference between our two political parties, but not in the way most people are talking about.

With incumbent Democratic Senators under threat in two more primaries on Tuesday, the conventional view is that Republicans and Democrats will emerge from this election more ideologically polarized than ever. Primaries will push Republicans to the right and Democrats to the left.

That's only half true. Republicans will, indeed, end the year a more philosophically coherent right-wing party. But the Democrats will, if anything, become more ideologically diverse.

The classic case was West Virginia's Democratic primary last week. Rep. Alan Mollohan became the first House incumbent this year to lose his seat. He was defeated largely because of ethics questions, and many voters simply decided that his fourteen terms in Congress were enough. The winner was state Sen. Mike Oliverio, who was bolstered by strong support from antiabortion groups and is, by almost any measure, more conservative than Mollahan.

Pennsylvania could produce Tuesday's shocker result. Sen. Arlen Specter, first elected in 1980, switched from the Republicans to the Democrats because he feared losing a GOP primary to conservative Pat Toomey. Now, despite support from President Barack Obama, Gov. Ed Rendell and virtually everyone else in the Democratic establishment, Specter in danger of losing to Rep. Joe Sestak. The congressman is going after Specter not on ideology but on the thirty-year incumbent's partisan and philosophical inconstancy.

While Sestak does enjoy support from the progressive netroots, it's impossible to cast the race as a left-vs.-center showdown, especially since Sestak supported Obama's surge in Afghanistan while Specter, trying to curry favor on the Democratic left, opposed it. "We should not engage in the laborious and problematic task of nation-building," declared the newly dovish Specter.

The Pennsylvania race illustrates the asymmetry of what's happening in the two parties: By driving Specter out, Toomey has already pushed the Republicans to the right. But Specter and Sestak occupy essentially the same philosophical space in the Democratic Party.

The Arkansas Democratic primary provides what, on the surface, seems to be the closest thing to a challenge from the left to a moderate. Sen. Blanche Lincoln, probably the most vulnerable Democratic incumbent this year, has drawn a challenge from Lt. Gov. Bill Halter, who is strongly backed by progressive online groups and labor unions.

But Lincoln, like Specter, is in trouble partly because of flip-flopping, particularly during the health care battle. Labor is also furious that Lincoln, who once co-sponsored the Employee Free Choice Act (EFCA) that would make it easier to organize unions, later turned against it. If Halter wins, progressives will have a right to claim victory. But it's not at all clear how liberal Halter is, and he avoids the label. He is for the public option on health care, but has ducked taking a stand on EFCA because it "is no longer being discussed."

And consider Tuesday's special election in Western Pennsylvania for the seat left vacant by the death of Rep. John Murtha. Among the 435 House seats, Pennsylvania's 12th District is the only one in the country that switched from John Kerry in 2004 to John McCain in 2008.  Mark Critz, the Democratic nominee, is treating the word "liberal" as if it were an expletive. In one of his ads, Critz declares flatly: "I opposed the health care bill. And I'm pro-life and pro-gun. That's not liberal." His Republican opponent, Tim Burns, was reduced to quipping: "He's raising money from the liberals to come back to the district to claim that he's not one. It's crazy." Nice line, but it doesn't make Critz a liberal.

Yet even conservative Democrats such as Critz are running to the populist left on economics. He has made ending tax breaks for outsourcing jobs and his criticism of NAFTA and other trade deals central to his campaign. Lincoln, for her part, is touting her tough proposal on derivatives in the financial reform bill.

But all this underscores the real difference between the two parties. The Democrats will remain an intricate coalition that struggles to hold together the left, the center and bits of the right. Republicans, as Arlen Specter could tell you, are the ones opting for ideological purity. 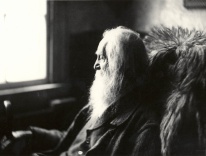 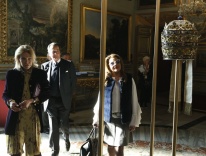 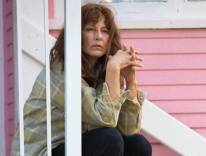