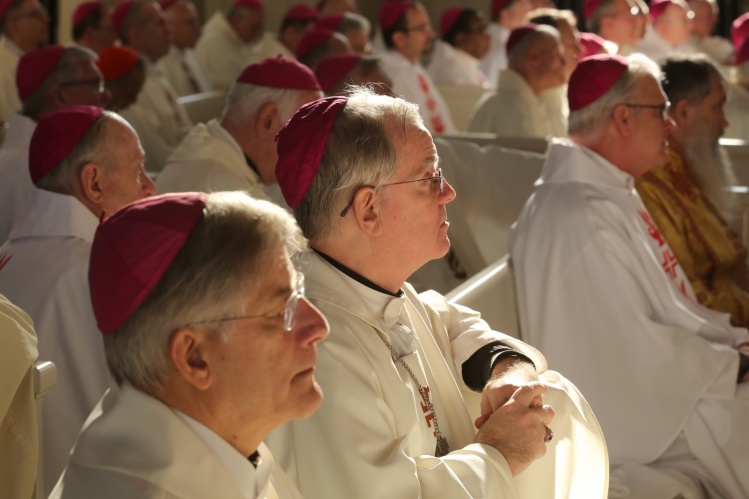 Does the clergy sex-abuse crisis make the Catholic Church a continuing criminal enterprise analogous to the Mafia or a drug cartel? Some people think it does. In the wake of the Pennsylvania Grand Jury Report, federal prosecutors in Philadelphia launched an investigation that will consider whether charges should be brought against Pennsylvania dioceses under the Racketeer Influenced and Corrupt Practices Act (RICO).

Passed in 1970, RICO is a powerful federal law designed to target organized-crime syndicates by going after their leadership as well as the rank-and-file members who physically commit most of the crimes. Its provisions are harsh; RICO not only provides for hefty criminal penalties, but also authorizes civil lawsuits that may result in treble damages for victims of racketeering acts. In fact, several civil RICO suits have already been filed against church authorities and policymakers, including individual bishops, the United States Conference of Catholic Bishops, and even the Holy See itself. One such civil suit brought in 1993 against the diocese of Camden was settled for a seven-figure amount.

A good lawyer may be able to fend off RICO suits against the church. In fact, it will likely be a challenge for prosecutors and plaintiffs’ lawyers to shoehorn the clergy sex-abuse crisis into the elements of a successful RICO suit. It will be difficult to show that the church engaged in acts of racketeering, which are modeled on mob activities such as violence, corruption, bribery or theft, fraud, drug trafficking, or money laundering. Moreover, civil litigants seeking monetary compensation need to demonstrate damage to their business or property, not simply personal injury, no matter how grave.

But RICO suits point to a bigger problem that the church can’t fix with a good lawyer. The criminal law has a pedagogical function. So do criminal indictments. A RICO count in a federal complaint conveys the message that the government thinks that the defendant organization deserves no more moral or social approbation than the mob.

I do not believe that sexual abuse and cover-up is the central purpose of the Catholic Church. Its central purpose, I still believe, is to follow Christ.
sharetweet

Is this true? Are Catholic bishops—even those who grossly mishandled accusations of abuse—really akin to mobsters? Are Catholics who go to their local parish every Sunday really analogous to the friends and family of mobsters, morally complicit in the church’s illegal activities, even if they are not legally accountable for them?

Some victims of sex abuse would answer yes. “I can’t think of another criminal syndicate that has destroyed as many lives as the church,” said Joey Piscitelli, who eventually won a $600,000 verdict after being abused by a Salesian priest fifty years ago in California.

I respect the victims’ position. But I also worry about its broader implications. In essence, it means that the church should be targeted and destroyed, not reformed and purified. The point of RICO, after all, is to smash organized criminal enterprises that have wreaked incalculable harm in their communities. A good deed here and there is beside the point. No prosecutor wants to save the mob just because their capos hand out free turkeys to the poor at Thanksgiving. The prosecutorial goal is annihilation of the mob, because its central purpose is to obtain power and riches through illegal and immoral means.

I do not believe that sexual abuse and cover-up is the central purpose of the Catholic Church. Its central purpose, I still believe, is to follow Christ. The corporal and spiritual works of mercy that Catholic dioceses, health-care institutions, social-service agencies, and individuals practice are at the heart of its mission—they are not a cheap publicity stunt for the holiday season. Consequently, I think Catholics are justified in committing to the work involved in reforming the church and eliminating the filth—even if the task is akin to cleaning out the Augean stables.

Is there a federal law that pedagogically captures the challenge facing the Catholic Church right now? I think the best pedagogical model is provided by U.S. bankruptcy law. More than twenty American dioceses have already filed for bankruptcy due to expenses related to the sex-abuse crisis. Unlike RICO, the point of bankruptcy law is not to destroy the organization filing for bankruptcy, but to allow for it to make a fresh start after paying its debts as best as it can.

Of course, the sex-abuse crisis has not only left the Catholic Church financially bankrupt, but also morally bankrupt. We might ask ourselves: What would happen if the American church ran with the metaphor, and declared its own moral bankruptcy? What would a just settlement require? First, it would entail the recognition that the moral debts to the victims cannot be repaid only with restitution in the form of monetary awards. They also demand public contrition, penance, and a firm and detailed plan of amendment. That would allow the church to reform and restructure itself so it can continue its charitable work, albeit with continuing sorrow for its misdeeds, and constant vigilance to protect the vulnerable.