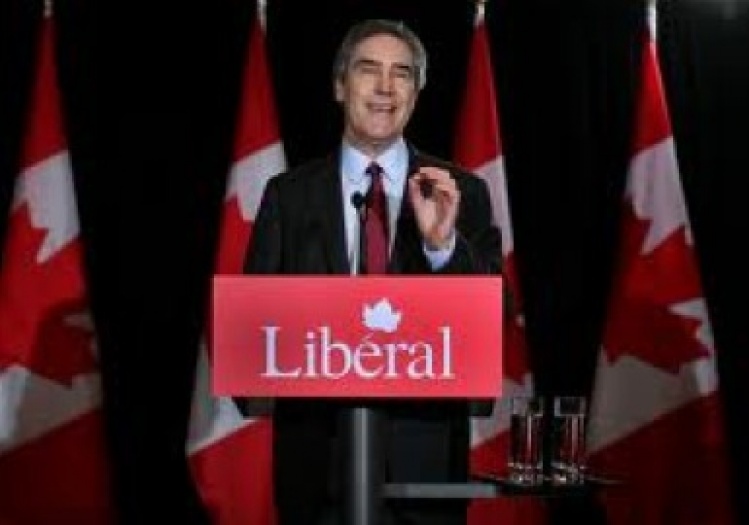 Reading Michael Ignatieff’s reflective and somewhat wistful book, stocked with practical and philosophical ruminations inspired by his temporary move from academia to Canadian politics, made me wish he had succeeded in becoming his country’s prime minister. Ignatieff’s constructive approach to politics, like his commitments to democracy and social justice, remains admirably untainted by the bitter experiences he describes. Yet his account makes clear why his noble adventure as leader of Canada’s Liberal Party ended in failure.

And failure is an understatement. The Liberals long managed to be Canada’s natural party of government by occupying the political center, but in 2011 that center disappeared, and Ignatieff led the party to its worst defeat in history. “We’d run the country for most of the twentieth century by owning the middle ground,” he writes mournfully, “but I could feel support bleeding away from both sides.” So bad was the bloodletting that his party emerged with only 34 seats in Canada’s 308-member House of Commons, and its candidates won only 19 percent of the popular vote, while the Conservative Party of Prime Minister Stephen Harper, who had been leading a minority government before the election, won a clear majority of seats. Perhaps most humiliating, the Liberals were displaced as the main opposition by the New Democrats (NDP), a social-democratic party propelled forward by the appeal of its down-to-earth and politically shrewd leader, Jack Layton. Tragically, Layton died of cancer within months of the election, but not before the NDP won 103 seats and nearly 31 percent of the popular vote.

Fire and Ashes provides a deeply thoughtful if sometimes elusive account of its author’s experiences as an intellectual in politics. Two facts are worth underscoring. The first is that despite Harper’s successes and political skills, Canada still tilts rather strongly to the center-left. The second is that the folksy and familiar Layton proved to be the perfect vehicle for anti-Harper voters, who pulled away from Ignatieff, a longtime resident in the United States, where he had been (and is again) a professor at Harvard’s Kennedy School of Government. Ignatieff found himself the victim of withering Conservative advertisements aimed at undermining him before the campaign even started—ads that accused him of “just visiting” Canada after decades away in order to obtain power. It didn’t help with the left that as a liberal hawk he had supported the Iraq war.

A human-rights activist whose books include an excellent biography of the philosopher Isaiah Berlin, Ignatieff is still angry about the campaign assault he faced. Yet he’s a teacher at heart and manages in Fire and Ashes to turn his irritation into an instructive lesson about the importance of “standing” in politics. His analysis of whether a politician is given a hearing, or denied it by having his or her legitimacy undermined in advance, is the most important insight in his book. Certain styles of negative advertising, Ignatieff argues, create a “politics of enemies” and undermine democratic deliberation. “In this perversion of the game, politics is modeled as war itself,” he writes. “The aim is not to defeat an adversary but to destroy an enemy by denying him standing.”

Unfashionably, Ignatieff stoutly defends political parties, and his case is worth attending to: “In a time of social fragmentation,” he writes, “where we are ever more walled off by class and income, race, religion, and age, where so many people live alone, where the public square feels deserted, a political party is the place where strangers come together to defend what they hold in common and to fight for a common cause.” And yet he worries about the excesses of partisanship, and in particular about the consequences of “loose macho talk about politics as war.” Noting Clausewitz’s famous characterization of war as the continuation of politics by other means, he insists that the inverse is not true. “[P]olitics is not the continuation of war. It is the alternative to it. We care about politics, defend it, seek to preserve its vitality, because its purpose is to save us from the worst.”

Such supple musings on the nature of power are why I would have liked to see Ignatieff wield power himself; there is an empathy in his worldview that works in tandem with a realism he learned from Isaiah Berlin—a wisdom about the limits of politics. Just as welcome are his insights into Canada’s social problems, some thoroughly familiar to Americans. He speaks not only about the familiar divide between haves and have-nots, but also about “an inequality that no one was talking about,” between “two kinds of places.” There were those, he writes, “where you could make a living where you grew up, and those you had to leave if you wanted a chance of a better life.... I became determined to fight for a country where hope is fairly distributed, where everyone gets to build a life where they stand.”

Among the important lessons this liberal offers to those who share his worldview is one he learned while trying to make government work on behalf of people in his own parliamentary district. “Liberals put their faith in good government, but we often make the mistake of falling for our own good intentions,” he writes. It’s a warning that may have special resonance for Americans in light of the problems the Obama administration is having in implementing the Affordable Care Act. “The reality of government-service delivery,” Ignatieff adds, “is something to see: often dilatory, arbitrary, and just plain inefficient.” Such discouraging realities alienate constituents, with predictable consequences. “Once the liberal state fails to treat citizens with respect, citizens conclude the less they have to do with it the better, and the less they have to do with the state, the lower they want their taxes to be.” In his case, as in Obama’s, the political beneficiaries of what Ignatieff calls “this downward spiral” were his conservative opponents.

Ignatieff’s bracing, bruising experience has sharpened a gift for insightful one-liners. “While politicians are often condemned for opportunism, being a skillful opportunist is the essence of the political art.” “Politicians have to negotiate trust against the backdrop of permanent distrust of their own profession.” “Every community wants recognition of their own distinctiveness, but is reluctant to grant it to others.” The former candidate offers a pair of seemingly paradoxical lessons on candor in politics. On the one hand, he advises politicians, “Be candid if you can, be strategic if you must,” reminding them that while “all truth is good...not all truth is good to say.” Yet to politicians who get out of the habit of speaking their minds he offers this warning: “If you stop saying what you think now, you’ll forget what it’s supposed to sound like when you finally get the chance.”

The discomfort inherent in the contradiction between those two sentiments captures his ambivalence about the political art as he describes it. He seems at times abstracted from his political role and, for the most part, does not appear to have had a lot of fun playing it. He displays an Obama-like impatience with the routine requirements of politics, especially when it comes to dealing with other politicians. “I was running to lead a party whose culture of intrigue disgusted me,” he confesses, “but I was seeking votes from loyalists who wouldn’t vote for me if my disgust was too plain.” Though he is probably right about his party’s culture of intrigue, there’s a certain condescension here, and you suspect that he didn’t hide that disgust very well.

In the end, one feels, Ignatieff was not cut out to be a politician. There is none of Bill Clinton’s reveling in the fight or his savoring the minute details of the latest polling. Recently I happened to read out loud—to a hard-bitten American political consultant—Ignatieff’s account of how attacks on a candidate’s standing undercut politics. I spoke with some sympathy for this view, but the consultant’s response was instantaneous and dismissive: “That’s the whining of a loser.” That wasn’t entirely fair, and Ignatieff is right that the imbalances of Canadian campaign financing left him in a poor position to respond to the attacks. But you do wonder whether a more skilled and seasoned politician—one with a greater love for the game—might have found a way around these challenges.

Still, I found myself in solidarity with Ignatieff in the end, sharing his sadness at the Liberals’ disastrous election night and at his own defeat. Many, maybe most, intellectuals lack the temperament to be political leaders. Yet we do need practically minded intellectuals in politics; and in other circumstances Ignatieff might have had the right stuff. It reflects well on him that he left the stage still believing in the virtues of politics and democracy, and strongly asserting a democratic politician’s obligation to stewardship. “There is no guarantee that history is on liberty’s side or that democracy will prevail against its resurgent competitors,” he writes. “Seen in this international dimension, a politician’s duty is not just to defend democracy at home but [to] vindicate its virtues to the larger world.” Perhaps it takes someone whom the voters have cast aside to offer a truly credible and heartfelt brief for democracy.