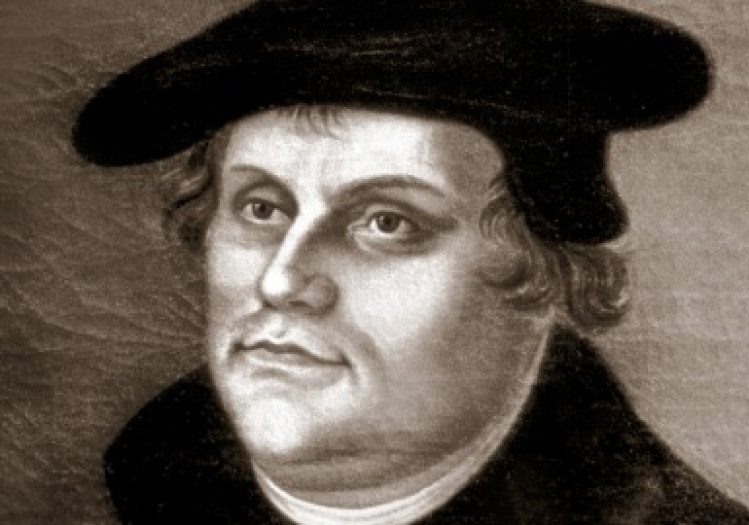 This is a very difficult book to review because, as  Gertrude Stein famously said about Oakland, “There is no there there.” Cahill’s newest installment in his “Hinges of History” series—now six volumes with a further one planned—is a long series of vignettes organized more or less chronologically. The volume does not present a coherent argument or thesis, although on careful inspection it does reveal a few basic perspectives and emphases.

The book’s title does not give away much. Few of the book’s major characters were in any conventional sense heretics or heroes, and it is easy to think of aspects of “our world” that owe little to Renaissance artists or Reformation priests. On page 182 Cahill reveals his argument: “In this series of books, The Hinges of History, we are looking at dramas of origination. We are attempting repeatedly to answer the questions: How did x or y get started? How did this or that valued aspect of our contemporary lives come to be?” If one tries hard to make Cahill’s meandering discussion respond to those questions, one can vaguely make sense of the book as a whole. More than a hundred pages later, in the book’s “postlude,” Cahill apologizes for not fully covering the Renaissance and Reformation—a prodigious understatement—and says he has investigated “how each of those immense movements has given us a part of the mechanism of our functioning contemporary selves.” Those words are not easy to understand but they point to a persistent presentism, a tendency to view the past through the lens of the present.

So what originated with the Renaissance and Reformation? The prime novelty seems to be the ego, “the personal ‘I,’ the self as we now understand it.” Columbus and Martin Luther are the chief exhibits brought out to support this contention. More generally, the book emphasizes “men and women of courage.” Courage means the will and ability to buck prevailing trends, be they cultural, intellectual, political, or religious. So, Erasmus and Luther are “deviant monks.” Cahill seems to admire Savanarola’s spiritual rebellion but he most certainly does not like what the Florentine Dominican believed and taught. Donatello gets high marks, as do Michelangelo, Galileo, and Henry of Navarre—Henry IV of France. Cahill appears to like the way Luther challenged the Catholic Church but seems repelled by Luther himself. So, to be modern is to be egotistical and rebellious, and these qualities originated in the Renaissance and Reformation.

At book’s end there are a few more hints of what it is about. Cahill concludes his “investigation” of the Renaissance and Reformation with very brief discussions of Dietrich Bonhoeffer, Pope John XXIII, and Muriel Moore (of whom I had never heard; she was a long-lived New Yorker who ran a soup kitchen). These were generous and courageous people. Cahill imagines them engaged in a celestial conversation that, free from “careerists, time-servers, and assorted fanatics,” would heal the rift in Christendom. The irenic note on which the book ends clashes with the central thrust of its contents. If modernity was generated by egotism and rebellion, and was a good thing in so far as it lifted us out of the spiritual and cultural doldrums of the Middle Ages, why would one wish to put down the rebellion with heaping doses of selflessness?

At one point Cahill offers a set of historical reflections, which bring to the surface another intriguing contradiction.

There is nothing remotely rational or moderate about apocalyptic thinking, which inevitably attracts fanatics, raving or otherwise. Instead, how about trying the wisdom of gradualism, incrementalism, and rational grappling with human difficulties and challenges? Human beings who are drawn instinctively to moderation rather than to extremes will inevitably find such an approach far more congenial than black-and-white versions of the End of All Things.

Perhaps. But the key figures in Cahill’s book are anything but moderate, gradual, incremental. And they are original, modern, and admirable precisely because of their unwillingness to accept the world as they found it and their impatience about changing it.

Cahill can draw memorable pen-portraits. I was especially struck by his treatments of Piero della Francesca, Albrecht Dürer, and William Tyndale. In fact, the book’s most successful dimension is its treatment of artists. Yet he concludes that everything after Michelangelo was mere imitation until he comes to Caravaggio, who was the real deal. His treatment of religious figures is sprightly but often leaves much to be desired. Cardinal Cajetan was a “nap-inducing theologian.” He calls Ignatius Loyola a “phallic narcissist” and concludes, “What a guy.” John Calvin was a “tightly wound dude.”

Cahill has read widely but not deeply. He begins with the Sicilian Vespers—a rebellion in 1282 against Charles of Anjou—and argues that the uprising produced a split in Christendom and a fatal blow to papal authority. These are exaggerated claims. Cahill says that the Black Death upset most aspects of the medieval worldview but he does not explore this matter in detail, concluding instead, “St. Francis of Assisi, meet Bernie Madoff.” He seems not to understand the intricate matter of indulgences, saying instead that to understand them one “must visit the fun house of medieval theology.” Be that as it may, he does not take his readers into the fun house, glides over the Treasury of Merit, and sums up: “Huh?” His account of the religious wars of the sixteenth century lacks depth and nuance. The book has almost nothing to say about women. Angela Merici gets a couple of paragraphs under the heading “Nuns with Guns.” She had no guns and she founded schools for girls. She was not, initially at least, a nun. Rabelais gets several pages—and pretty good ones—but Montaigne gets half a paragraph. Shakespeare earns one-and-a-half pages, Cervantes a page. John Donne gets about two pages and Rembrandt almost three, but by the time these figures come up one is left wondering what they are doing in a book on the Renaissance and the Reformation.

Cahill slips a few times on the ice of accuracy. He confuses the curriculum of Bologna with that of the northern universities. Luther went to Rome in 1510, not 1511, and he could not have traveled southeast from Wittenberg to Heidelberg. It is not true that most libraries in Gutenberg’s time had fewer than a hundred books. Pieter Breugel was Flemish, not Dutch, and he was born in what is now Belgium, not the Netherlands. Interdict was not the excommunication of everyone in a specific area.

Heretics and Heroes is a very personal reading of people and history. For example, “Dante, in Petrarch’s estimation, belonged to the insufferable Dark Ages, just another whimpering breast-beater caught up in a trap of his own phantasmagoric fears.” This is simply wrong. Cahill prefers Lorenzo’s sonnets to Petrarch’s poems, which were, he says, “mostly in bland, imitative Latin.” Has Cahill read Petrarch’s hauntingly beautiful Canzoniere, all 366 of them? I suspect that not everyone will agree that Thomas More’s Utopia was filled with “exhaustingly cute sentences” and “may indeed be the most blandly boring short book ever written (but one that I have read on your behalf).”

I mentioned already that the book has a presentist tendency. Cahill condescends to Catholics and conservatives. He elicits dubious parallels with modern bankers, vulture capitalists, the modern curia, and PACs. To me, this “Hinge of History,” like the ones before it, is rusty, and it squeaks.