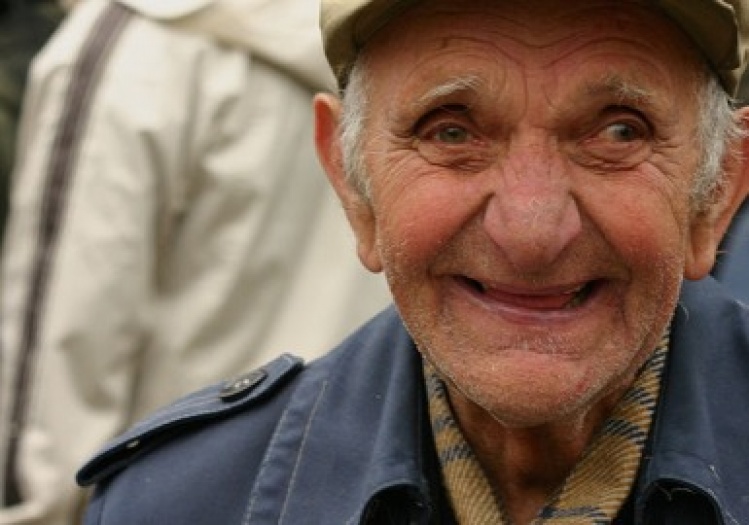 There’s nothing easy about watching one’s father drift out of his own life. Alzheimer’s, old age, senility—whatever you call it—it’s painful and distressing for everyone.

Since my mother passed away five years ago, my father has lived with one or another of his daughters and their families. Most of the time he was with my sister Mary and her husband, Tom, in New Hampshire, but he also spent a year with us here in India. As he got older and his memory became more impaired, it grew increasingly difficult to care for him. He was frequently incontinent (the number-one reason the elderly are placed in nursing homes) and often belligerent, and could no longer be left alone even for short periods. When we made the decision to move my father into an assisted-living center, I think we all felt sad, disappointed with ourselves, and guilty. My parents had taken people in all their lives. We grew up with three of our grandparents living with us and an almost endless parade of strays—an elderly man whose house had burned down; a pregnant teen; a suicidal young woman; a friend of Mom’s who had no other family to live with when she grew too old to care for herself. We saw our parents make room for everyone, and yet here we were sending Dad off.

The day I got my sister’s e-mail that a place had opened for Dad at the assisted-living center we had chosen, I lost it. My father in a nursing home? No! I had an appointment that morning to which I had to drive, and I remember gunning the motor so hard I shocked even myself. I drove out of the driveway and then idled in the street, uncertain of where I was going or what I had meant to do. My husband came out, concerned. “Go home,” he said. “You need to see him.”

So I decided to return to the United States to be with Dad during the transition, hoping that this might make it easier for him, my siblings and—perhaps most of all—myself. Amazingly, that’s exactly what happened. I went half expecting all my worst fears to be confirmed, to come away feeling even more guilty, more implicated. But when I arrived at the assisted-living center, Dad looked better to me than he had in a long time. At home, he would go for several days without a shower, saying he was too tired or didn’t really need one. At the center, his regular routine included a bath every day—and he looked fit and charming as a result. Like so many of us, he makes a special effort for outsiders. At home, he was prone to pouting, resentment, and childish outbursts. In the center, he is friendly, even flirtatious. The staff all love him; the other residents want to be his friend. And the things that made life difficult at home—the yanking out of his catheter so that he would drip urine all over the house, the tantrums, the incontinence—didn’t seem to be happening at the center.

But for me, the most important proof that we had made the right decision came on my last day in America. As I went in to visit him for the last time before my return, I reminded him I was going home. “You know I’m going back home today, right, Dad?”

“Oh yes,” he said. “You’re going back to India.” A pause while I took in the fact that he remembered where I lived. “I don’t want you to feel in any way upset about leaving me. They are all very kind to me here. They bring me my meals; they take very good care of me.”

He smiled. “Happy? Well, I’d rather have you around all the time.” He paused, thoughtfully. “But I know you should be in India. I know what wonderful work you are doing there. I know that’s where you are meant to be. And I don’t want you regretting your decisions even for one moment. I’m very proud of you.”

For one sweet moment my father’s mind was clear and unimpeded. He gave me his blessing. Then, just as quickly, the veil came down again. As I said goodbye, it was clear to me that for him, I had already left. And yet, as I stood in his doorway gazing at him, hoping against hope for one last sign of recognition, he looked up, as if to say: “What are you waiting for? Get on with it now! You’ve got work to do!” I returned to India knowing he was well cared for, and believing he understood why I live where I do.

These stories don’t always end so neatly. I’m lucky. My father still has enough of a grip on reality that he can separate his own needs and insecurities from mine. We bring up our children hoping they will make a difference in the world and then we step back to allow them to do just that. Not easy. But it’s what we sign up for when we have them.

Learning Not to Think