No Room for Despair 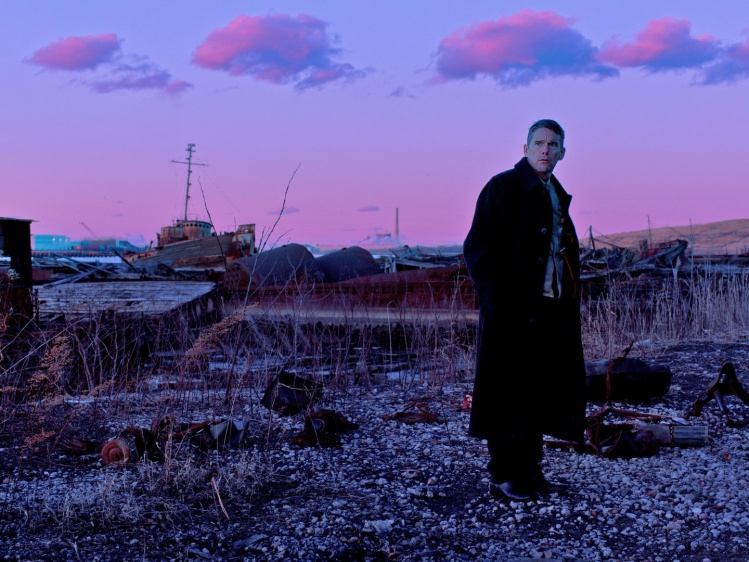 When confronting someone with depression, Orthodox Christians can be fond of quoting a saying attributed to St. Silouan the Athonite: “Keep your mind in hell and despair not.” Whatever the truth at the heart of the aphorism, any Orthodox Christian who has grappled with depression will tell you that it’s usually deployed too clumsily to be helpful. It can be a very long distance from “despair” to “not,” and few are well-trained to help the suffering traverse it.

Few cinematic protagonists inhabit such despair as memorably as Reverend Ernst Toller, the priest played by Ethan Hawke in Paul Schrader’s new movie First Reformed. Critics have drawn parallels between Toller’s existential dread and similarly angst-ridden characters in the cinema of Ingmar Bergman and Robert Bresson. But Toller’s story can also serve as a cautionary reminder of the difficulties of ministering to the hopeless. When we first meet him, he’s beginning to keep a bedside journal. Through Toller’s voice-over narration, we learn that his tiny parish in upstate New York is more of a historic outpost than a living church; the priest hasn’t been able to pray in a long time. He never makes much progress on that front. When he chastises “those who have never really prayed” for speaking so easily of it, I wonder about what he thinks even happens when you pray.

I’m not a stranger to such struggles. It’s one thing to know that God, in Christ, has taken on all the suffering of the world and known every possible permutation of human anxiety. It’s another to overcome the paralysis that inhibits you from bringing your anxiety to God in prayer—what if God seems not to answer?

While Toller is working out his own salvation with uncertain results, one of his parishioners brings him another tortured soul to tend to. Mary (Amanda Seyfried), who is already several months pregnant and by her own admission “the spiritual one” in the relationship, asks Toller to meet with her husband Michael. He is an environmentalist with a radical activist streak who doesn’t think the world is fit to bring any new life into, and Mary hopes Toller can change his mind. More than a counseling session, though, the meeting becomes an intellectual and theological sparring match, one that exhilarates the otherwise depleted Toller. But for all his verbal dexterity, he doesn’t let Christ have much say in the debate.

About halfway through First Reformed I nearly succumbed to a common temptation I have when watching contemporary films about faith: I supposed I had the world figured out better than the characters—better, indeed, than the filmmaker. Viewed a certain way, the movie is a manifestation of Hazel Motes’ Church Without Christ from Flannery O’Connor’s Wise Blood. Toller doesn’t talk or think about Christ much (his brand of theological reflection involves reading a lot more Thomas Merton and Kierkegaard than Scripture). And the church down the street, a megachurch winkingly named Abundant Life, is, as Michael not inaccurately puts it, “more of a company than a church.” There are plenty of people in this film who claim to be Christians, but few who have a robust understanding of what it would actually entail to become like Christ—or even recognize that this aim is a significant element of the Christian life.

The eruption that finally happens is not a catastrophe but a eucatastrophe, what J.R.R. Tolkien describes as ‘a sudden and miraculous grace: never to be counted on to recur.’
sharetweet

Few filmmakers share my background in Orthodox theology and patristics, liturgy and iconography, especially in the United States. So I’ve gotten used to asking, “What here is true, whatever my other disagreements?” First Reformed, for all its frustrating dourness, offers a lot in response to that question. For one, the totally stifling atmosphere of the film does justice to what life feels like when grace seems out of reach, whether depression is to blame or whether you’ve cut yourself off from God by your own devices. For another, Schrader’s eye for the aesthetics of modern life sees theological truths hiding in plain sight. The palette of colors in the scene where Toller undergoes testing in the hospital—cramped, bluish, anodyne—reveals with great clarity how modern hospitals can strip joy and humanity from the art of healing, the staple of Jesus’ ministry on earth.

Above all else, the very earth in Schrader’s film seems to have taken a deep breath, and is waiting to exhale. I’ve experienced a similar feeling in Orthodox churches on Holy Friday and Holy Saturday, those moments in eschatological time between Christ’s death and Resurrection when all the world waits either to be renewed by Christ’s prophesied return from the tomb, or to pass away, unredeemed, once and for all. We, of course, know how the story of Holy Week ends—Christ rises from the dead just like He said He would—but our present moment in history leaves us open to uncertainty. Schrader’s cinematic vision is one informed by the uncertainty of what our immediate earthly future has in store, for believers and nonbelievers alike. All the earth seems on the verge of collapse. I spent most of the film anticipating an eruption, but fearing that Schrader would take Toller’s despair to its logical, and most fashionably nihilistic, conclusion.

Then at the eleventh hour, when Toller is on the verge of ending his life in a suicide-bombing attempt, the unimaginable happens: the eruption that finally happens is not a catastrophe but a eucatastrophe, what J.R.R. Tolkien describes as “a sudden and miraculous grace: never to be counted on to recur.” Such a grace “does not deny the existence of...sorrow and failure”; what it does reject is a “universal final defeat,” instead giving “a fleeting glimpse of Joy, Joy beyond the walls of the world, poignant as grief.”

The final scene of the film is shot ambiguously enough that we can’t say for sure if what we are watching is actually happening or if it’s all in Toller’s head. Either way, the image onscreen and the euphoria that accompanies it reflects the most profound theological truth of all—whether this was Schrader’s intention or not.

Toller’s deliverance as we see it comes not in the form of Christ Himself, but in the form of a person who communicates the message of the Resurrection, interrupting Toller’s hell by descending into it with him. In the final minute of First Reformed, I see an interpretation for our age of the Orthodox icon of the Resurrection: Christ reaching for Adam and grabbing him forcibly by the wrist, His cross piercing hell at His feet. Despair not, Christ proclaims: not because the hell you’re in isn’t real, but rather because in coming here with you, I have bereaved it of all its power.

Tim Markatos is a writer, designer, and photographer living in Washington, D.C. 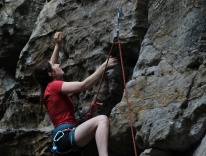