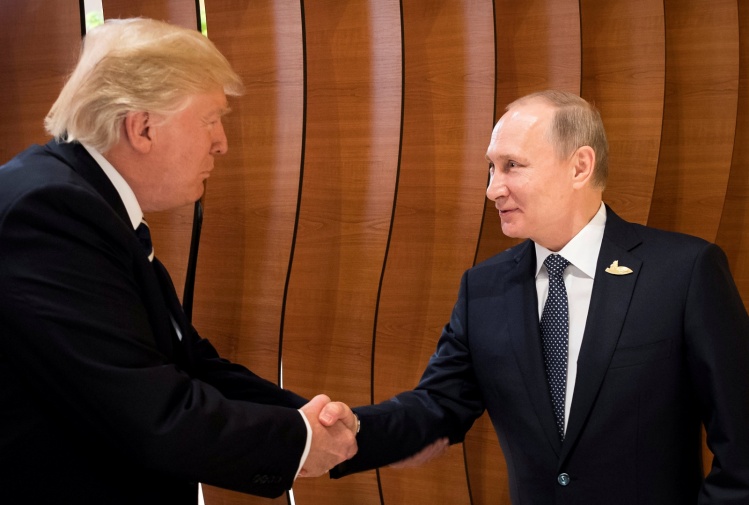 A lot of Americans value “toughness.” Lawyers are praised for being “tough-minded,” politicians promise to be “tough on crime,” therapists urge us to show “tough love,” and professional athletes are praised for their “mental toughness.” Advertisers use the appeal of toughness to sell everything from jackets and headphones to rain gutters and trucks.

President Trump is obsessed with toughness, the trait he most closely associates with his supreme value, “winning.” He uses it to justify everything from the new tariffs on steel and aluminum to his outrageous effort to split undocumented children from their parents at the border. The effectively abandoned “zero tolerance” policy was said to be tough but necessary.

Trump’s obsession with toughness goes way back. After the ruthless Tiananmen Square massacre of over two hundred people in 1989, he praised the Chinese government for demonstrating its strength and power. As president, he has expressed his admiration for President Rodrigo Duterte, a known rapist who has overseen the extrajudicial killings of about thirteen thousand Filipinos.

After their meeting in Singapore, Trump dramatically switched from describing North Korea’s Kim Jong-un as a “maniac” and “madman” to praising him as a “tough guy”—the highest form of praise Trump can offer. He admires Kim’s skill at consolidating power, ruthlessly eliminating anyone perceived as slightly disloyal, and effectively controlling his population through relentless propaganda and institutionalized terror.

Of course, Trump’s admiration of toughness reflects his own insatiable craving for respect. Discussing Kim during a recent interview on Fox News, the president observed: “He speaks, and his people sit up and listen…. I want my people to do the same.” Trump is willing to concede that Kim “has done a lot of bad things” (including ordering the torture, imprisonment, and murder of hundreds of thousands of his own citizens). But the president sought to neutralize worldwide moral condemnation of Kim’s behavior with the lame and irrelevant observation that human rights are abused in many other countries as well.

What is completely missing in Trump’s discourse, and that of his allies, is any attempt to subject his love of toughness to ethical assessment. In ordinary language, toughness is a quality akin to strength, durability, resilience, or sturdiness. But rather than a virtue, toughness is morally neutral. We might praise the “toughness” of Abraham Lincoln, Gandhi, and Rosa Parks, because their perseverance served noble ends. All displayed various kinds of strength. In contrast, we do not praise bloody tyrants like Herod, Stalin, or Mao for the “toughness” they displayed in their ruthless pursuit and preservation of power.

Those who praise toughness often want to obtain the moral credit that comes with genuine courage. But it doesn’t take courage to put one’s political opponents in prison, or to order death squads to assassinate street-level drug dealers, or to order troops to use automatic weapons and tanks against unarmed students protesting a repressive political system.
sharetweet

The Christian tradition praises courage but not toughness. This virtue enables one to remain steadfast in doing what is right despite significant adversity. In this sense, we praise the courage of both the young soldiers who stormed the Normandy beaches on June 6, 1944, and Archbishop Oscar Romero, who was willing to risk his own life to act as a “voice for the voiceless” in El Salvador in the late 1970s.

Courage in the Christian tradition has some distinctive features. While the ancient Greeks envisioned courage in terms of soldiers waging heroic wars against their enemies, Thomas Aquinas thought that the essence of courage is standing firm in the face of aggression. Whereas Americans usually take the paradigm of courage to be the soldier’s willingness to fight on behalf of a just cause, Christians have long regarded the martyr as the paradigm of courage. In Christian ethics, courage is most aptly displayed not in the taking of life, but in one’s willingness to die for the sake of the greater good.

Dedication to the good is what distinguishes the virtue of courage from the character trait of toughness. Toughness is seen in those who engage in the wanton destruction of property and lives in pursuit of their own interests. Toughness combined with power and unrestrained by morality shows a callous disregard for the welfare of others, finds it impossible to respect the dignity of the weak, and treats cruelly those who are unable to protect themselves—exactly the kind of behavior displayed by Rodrigo Duterte and Kim Jong-un.

Those who praise toughness often want to obtain the moral credit that comes with genuine courage. But it doesn’t take courage to put one’s political opponents in prison, or to order death squads to assassinate street-level drug dealers, or to order troops to use automatic weapons and tanks against unarmed students protesting a repressive political system. And it doesn’t take courage to deny people fleeing for their lives a right to apply for asylum, or to subject young children to traumatic experiences that psychiatrists predict will scar them for the rest of their lives.

Christianity places the virtue of courage at the service of mercy. Mercy, for Christ, is the key form of human strength. It takes a strong character both to forgive and to ask for forgiveness. It takes courage to be truly meek, patient, and humble. It takes internal strength to show hospitality to strangers in the face of growing ethno-nationalism. As Pope Francis observes, “A merciful heart has the courage to leave comforts behind and to encounter others.”

The courage to be merciful is not grounded in mere sociability, niceness, or enlightened self-interest, but rather in the Cross. The Christian paradigm of courage lies in Jesus’ willingness to remain true to God even when doing so required him to go through horrific torture and a humiliating death. Early anti-Christian polemics scoffed at the notion that Almighty God could be vulnerable to harm, yet this is exactly what the Gospel proclaims. We must have the courage to love in a way that leaves us vulnerable to harm. Stoic apatheia, rooted in the desire for a kind of invulnerability, is a world apart from Christian misericordia.

St. Paul still offers the most striking description of the paradoxical nature of the Christian understanding of strength and weakness. Writing of his own hardships, he declares: “I delight in weaknesses, in insults, in hardships, in persecutions, in difficulties. For when I am weak, then I am strong” (2 Corinthians 12:10). The experience of weakness led Paul to a humble reliance on the grace of God. In the midst of all of his own ordeals, St. Ignatius of Loyola found consolation in this very passage relaying the Lord’s words to Paul: “My grace is sufficient for you, for power is made perfect in weakness” (2 Corinthians 12:9).

Conceiving of strength as invulnerability to harm and as complete self-sufficiency, on the other hand, stunts our capacity for becoming integrated persons and forming healthy communities.
sharetweet

The contrast between toughness and Christian courage could not be starker. Whereas popular culture equates toughness with power over others, the Gospel sees weakness as the locus from which we learn to love others, to grow in solidarity with them, and to work for their empowerment. Realizing our own vulnerability and woundedness puts us in the best position to reach out in compassion to others. Jean Vanier, the founder of L’Arche, holds that each of us can enter into a deeper humanity by facing our own fragility, fallibility, and failures. He learned from decades of first-hand experience of living with people with intellectual disabilities that “the weak teach the strong to accept and integrate the weakness and brokenness of their own lives.” Conceiving of strength as invulnerability to harm and as complete self-sufficiency, on the other hand, stunts our capacity for becoming integrated persons and forming healthy communities.

Compassion is the ultimate Christian criterion of the moral quality of both a person’s internal strength and the public policies of a nation. The toughness we so often hear about takes as its norm “no mercy,” but in its Christian sense courage acts compassionately even when doing so brings harm to its agent. Popular toughness seeks to win at all costs, but courage is willing to sacrifice short-term victories for the sake of attaining higher goods over the long run. Finally, many Americans today are prone to think that we have to be tough enough to assess the worth of persons strictly on the basis of achievements, power, and possessions, but the Christian knows that human dignity is based on God’s unalterable and completely gratuitous love for every human being.

This commitment to compassion is fully consistent with enforcing just public policies and with taking reasonable steps to protect ourselves from undue harm. But it also implies that we do not respect people because they are bullies, admire leaders for their cruelty, support narcissistic public figures enthralled with raw power and willing to do anything to get it, or persist in tribalistic loyalties regardless of truth, human decency, or honor. Scripture tells us to “put not your trust in princes” (Psalms 146:3–5) when they are captured by such values. Today we must be courageous enough to resist purveyors of toughness who promise, or threaten, no mercy. We can only do so if we are truly committed—both as individual Christians and as members of the Christian community—to follow the way of Jesus rather than that of his enemies.

Stephen Pope is Professor of Theological Ethics at Boston College.

I Don’t Feel Your Pain