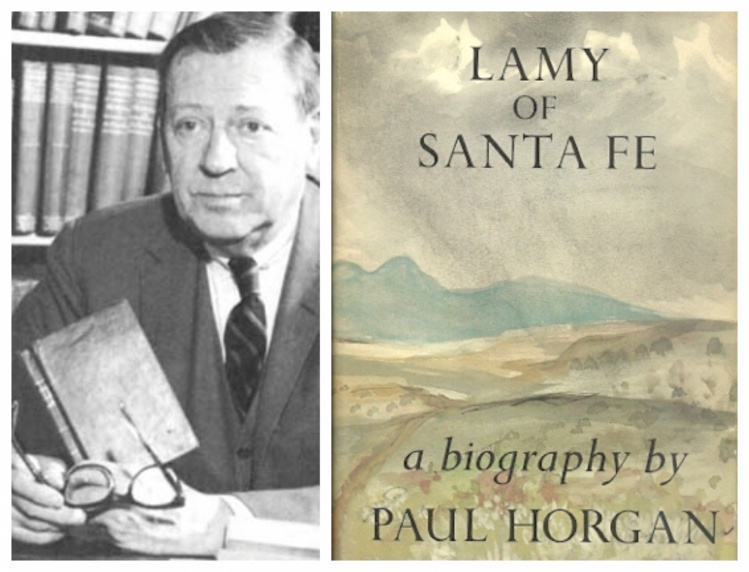 Like most writers, the literary critic Edmund Wilson (1895–1972) was a diligent gossip. In his extensive diaries, he offers merciless evaluations of the writers, intellectuals, and public figures he encountered over his long career at the New Republic, the New Yorker, the New York Review of Books, and elsewhere. I have been a devoted reader of his criticism, and I especially prize Patriotic Gore, his book on the literature of the American Civil War. He was astonishingly prolific, writing on everything from Marxism to the Iroquois. His diaries chronicle each decade from the nineteen-twenties to the sixties, and the volume The Sixties contains a chapter titled “In and Out of The Think Tank,” which describes his year (1964–65) at the Center for Advanced Studies at Wesleyan University in Middletown, Connecticut.

Paul Horgan (1903–1995), the Catholic novelist and historian, was director of the center, an institution the university eventually folded up but which attracted an impressive roster of fellows during its heyday in the ’60s. During his time there, Wilson’s colleagues included the writer Jean Stafford, the philosopher Willard Van Orman Quine, the classics scholar Moses Hadas, and the Rev. Martin Cyril D’Arcy, SJ, the priest responsible for Evelyn Waugh’s instruction in Catholicism who later appeared, lightly disguised, as Fr. Rothschild, SJ, in Waugh’s Vile Bodies. D’Arcy, once provincial for the English Jesuits, was well known for moving in posh social circles and welcoming the wealthy and famous into the church. In her novel Girls of Slender Means, Muriel Spark writes amusingly of one character that he “could never make up his mind between suicide and an equally drastic course of action known as Father D’Arcy.”

Although he eventually warmed to D’Arcy, Wilson, who had no feeling or patience for religion, at first found him to be an anachronistic figure at best. The priest evidently didn’t know how to prepare his own breakfast, open a can, or cash a check. But a friendship developed and in 1968 Wilson was invited to a party at the Waldorf Astoria to celebrate D’Arcy’s seventh-fifth birthday. The Duke and Duchess of Windsor were among the honored guests, and Wilson describes the notorious couple as “looking rather moth-eaten.” Nor did he find his dinner companions engaging, dozing off twice in the middle of a conversation with Diana Vreeland, the editor of Vogue.

As his diaries suggest, and Horgan’s essay “Wilson at Wesleyan” makes clear, Edmund Wilson was a curmudgeon who put little stock in social niceties and who was seemingly oblivious to the feelings of others. When they first met, Horgan’s mission was to get a skeptical Wilson to accept the center’s generous offer of a fellowship. Wilson wanted to know if the other fellows were of equal intellectual stature and what social life would be like in Middletown. “You’d not be too happy with the restaurants,” Horgan told him. “But I should imagine faculty people would be dining and winning you.”

“You don’t know too much about university people, do you,” Wilson, who was spending the year at Harvard, responded.

Wilson then asked Horgan, the author of more than a dozen books and the winner of the 1955 Pulitzer and Bancroft Prizes for Great River: The Rio Grande in North American History, “Are you a writer?”

Horgan was awarded a second Pulitzer for Lamy of Santa Fe: His Life and Times, his 1975 biography of Jean-Baptiste Lamy, the first bishop of Santa Fe, and the inspiration for Bishop Jean Marie Latour in Willa Cather’s wonderful novel Death Comes for the Archbishop.

Wilson’s diary entrees about his time at Wesleyan are candid, blunt, malicious, and amusing. He describes Middletown’s Main St. as “the most primitive I have ever seen in New England—it is almost like a Western town, with a sordid movie house or two, dry-goods stores, old-fashioned saloons, now ‘bars.’” The inhabitants “seem quite degenerate.”

We waiters did not linger in the dining room after serving each course, so I rarely overheard any juicy gossip. I do recall one inebriated faculty member who had just been denied tenure berating Horgan and the other guests. On another occasion, I had my butt pinched by a fellow with some connection to the art department.
sharetweet

Little had changed about Main St. when I arrived as a freshman at Wesleyan in the fall of 1969. But Horgan, I believe, had by that time stepped aside as director of the center, becoming one of the university’s writers-in-residence. Wilson described him as “an endearing and slightly ridiculous figure,” who is “somehow active in the Catholic Church and has been made by the Vatican a Knight of St. Somebody. On dress occasions, he wears a little ribbon and an old-fashioned gold watch chain across his vest. He has students that serve drinks and wait on table in his own house and Russell House; in his own house, they wear red jackets; in Russell House…black ones.”

Russell House was the Greek Revival mansion where the center held its weekly dinner and lecture, and I can attest to the fact that, yes indeed, in Horgan’s house waiters—there were usually two of us serving perhaps six guests—continued to wear red waistcoats. My time “in service” was 1971–73. I believe Horgan was then a judge for the Book of the Month Club and an influential figure in the New York publishing world. His dinner guests included famous and aspiring writers as well as faculty from the university. As I recall, he usually dressed in a velvet smoking jacket and wore patent leather slippers with bows. We waiters did not linger in the dining room after serving each course, so I rarely overheard any juicy gossip. I do recall one inebriated faculty member who had just been denied tenure berating Horgan and the other guests. On another occasion, I had my butt pinched by a fellow with some connection to the art department. Horgan was one of the most mannerly and proper people you were ever likely to meet, and I’m sure that particular guest was never invited back. Horgan was also one of the most generous employers imaginable, always paying us twice what we might reasonably expect to receive. Like his writing, he was genteel, gracious, and formal.

A few weeks before my graduation, Horgan invited a small number of us seniors to dinner at his house as guests. The house was unique, converted from the Russell House stables. His living room was also his library, the shelves crammed in an orderly fashion with thousands of books. Our host was approachable but reserved, attentive and eager to laugh. I had heard him speak a few times at the university about writing. He emphasized the discipline of it, the need to do it every day. He also mentioned his habit of jotting down his impressions and random thoughts while driving across the Southwest, where he went every summer. His family had moved from Rochester, New York, to Albuquerque, New Mexico, when he was twelve. I had read his novel Whitewater in a class on the modern novel but remember little of it except the flooding of a Texas city and its afterlife as a mysterious submarine attraction. Years later, I read his story collection Things as They Are and was quite taken with it.

I hadn’t picked that book up in years, but I retained a vivid memory of one character found dead dressed as a bishop. Picking up the book again, I came across the story “Far Kingdoms,” which describes the relationship between the book’s young protagonist, Richard, and his Uncle Fritz. Fritz, a failed seminarian turned successful stage actor, visits Richard while on tour with a play in which he is the featured player. Fritz is an idiosyncratic but charismatic personality. He is also an alcoholic. Richard has a lively imagination, and Fritz a childlike need for fantasy and the escape it provides. Fritz’s father had demanded he go into the priesthood and expected him to become a bishop. When Fritz left the seminary for the theater, his father never spoke to him again. Shortly after visiting with Richard, Fritz is found dead in his hotel room, “wearing a bishop’s miter, and a scarlet chasuble over alb and cassock, and a pair of gold-embroidered scarlet gloves. His hands were folded upon his breast and on his right ring finger his large amethyst edged with diamonds had now become a bishop’s ring.” He had killed himself with whiskey and sleeping pills but had died the bishop his father had condemned him to become. Things as They Are was reprinted not long ago in the Loyola Classics series. It has stood the test of time.

Wilson became fond of Horgan, or as fond as he was capable of being. “A bachelor of the type who wants to be the beloved friend and is full of sympathetic consideration and all kinds of little services, he puts one off a little at first by his anxiety to please and to be in the know,” Wilson wrote. “I find myself playing a game with him—playing up to his knowing everybody and all the current events and gossip of the cultural world; but as I see more of him, I get to like him better.”