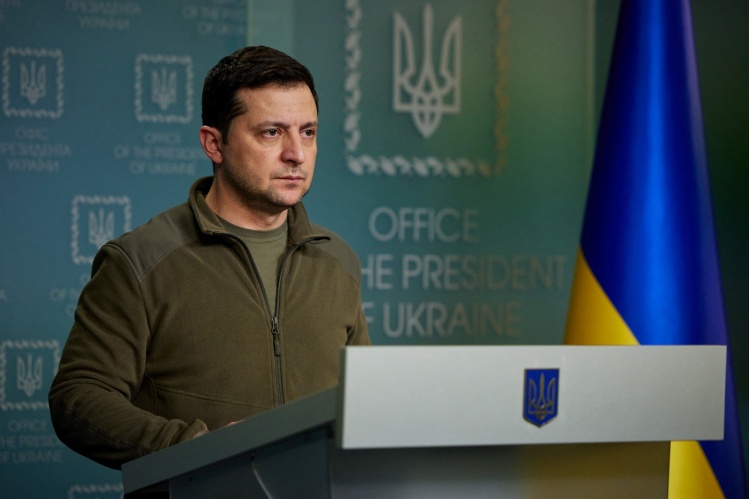 To understand this question we must remember how, after 1945, a new kind of war made a new kind of European state. At first, the global contest between the Soviet Union and the United States encouraged European states—including longtime neutrals such as Norway, Belgium, and the Netherlands—to rearm and join an anti-Soviet alliance. But gradually, the European stalemate between the superpowers, based on weapons with the capacity to destroy the continent, created an international environment in which the possibility of war drifted to the margins of most Europeans’ political imagination. People still worried about the perils of a nuclear Armageddon, but they were no longer concerned about a conflict between, for example, France and Germany, states that had fought each other three times between 1870 and 1945. The Cold War created what we can call civilian states in Europe: the size and effectiveness of European armies declined, borders were no longer defended, and the problem of “security” acquired an economic and social rather than a military significance. Nowhere was this more apparent than in the western half of Germany. Once the most important example of Tilly’s maxim about war making, Germany gradually became an exemplary civilian state.

The peaceful end of the European Cold War—a nonviolent political transformation without historical precedent—seemed to underscore the attractive power of civilian states. Above all, the peaceful unification of the two postwar German states was the most dramatic example of Europeans’ ability to avoid military conflict. Unlike its predecessor in 1871, the new Germany was not made by war (and vice versa).

The peaceful end of the European Cold War seemed to underscore the attractive power of civilian states.
sharetweet

The one major exception to the nonviolent postwar order was the painful dissolution of the former Yugoslavia, which produced a series of conflicts both within and between its successor states. As terrible as these conflicts were for those involved, their impact on the European order was limited. In large part because they were still distracted by the end of the Cold War (and the first Iraq war), outsiders did not become involved in Yugoslavia until, after a number of delays and missteps, a fragile settlement brokered by a group of states led by the United States was imposed on the belligerents.

It is within the context of postwar Europe’s society of civilian states that the significance of the Russian invasion of Ukraine must be measured. A nation of 44 million, with the second largest territory in Europe after Russia, Ukraine occupies a geopolitical fault line that has been the site of ethnic and international violence for centuries. More important, the extent and intensity of the war, involving the world’s second largest nuclear power, are unlike anything Europe has experienced since 1945. Finally, Russia’s stated objective is not, as in Georgia and the Crimea, the creation of a separate enclave, but the destruction of the Ukrainian government and perhaps of Ukraine as a state. When Vladimir Putin declared on February 24 that he aimed “to demilitarize and denazify Ukraine, as well as to bring to trial those who perpetrated bloody crimes,” he was declaring a total war that left little room for a compromise peace and offered the Ukrainian regime no incentive to surrender.

In thinking about how this war will shape the character of European states, we should remember the French political philosopher Raymond Aron’s wise remark that what usually matters most is not why wars begin but how they are fought, what Aron called “the battle in and for itself.” How deeply this conflict will affect Europe’s domestic and international institutions, therefore, will largely depend on how long this battle lasts, the extent of the destruction it causes, and which side, and under what condition, prevails. As I write these lines in mid-March, these questions remain open. The longer that remains the case, the less likely it is that the answers will be positive—for Ukraine, for Russia, and for the rest of Europe.

At the moment, the European response to the Russian invasion has been remarkably unified and positive. The European Union, both the creation and expression of postwar civilian states, responded to the Russian invasion with uncharacteristic alacrity and energy. In addition to providing humanitarian aid and supporting punitive sanctions, the EU, for the first time in its history, promised to finance and organize the transfer of lethal weapons to Ukrainian combatants. At a summit of European heads of state held at Versailles on March 10 through 11, these actions were reaffirmed and several leaders, including President Macron of France and Chancellor Scholz of Germany, declared that a new era of cooperation and collective action had begun. It sometimes happens that a vivid representation of alternatives reveals an institution’s virtues that are otherwise easy to take for granted; this may be the reaction of Europe’s civilian states to the return of war.

Even more striking has been the response of NATO. There is, we should note at the outset, nothing like NATO in the history of international organizations. Most alliances are temporary and often fragile arrangements; NATO will celebrate its seventy-third birthday on April 4. Most alliances are created for a specific purpose and dissolve once that has (or has not) been achieved; NATO survived the end of the Cold War and the disappearance of its main antagonist. Most alliances shrink; NATO has grown from its original twelve founding members to a group of thirty. It is not surprising that over its long history, NATO has often been divided, most recently by disagreements with American actions in the Middle East and by the ill-concealed hostility of the Trump administration. More important, as we might expect from an alliance dominated by civilian states, the military dimensions of NATO have faded. By 2022, only one-third of its member states have met the modest budgetary goals for defense spending set in 2006. Repeated efforts to standardize equipment and create multinational units have not been successful.

At the moment, the European response to the Russian invasion has been remarkably unified and positive.
sharetweet

Seen in the light of its recent history, NATO’s reaction to the Russian invasion has been extraordinary. Acting immediately, the alliance provided critically important weapon systems—especially anti-tank and anti-aircraft missiles—to Ukraine. Moreover, NATO response forces have, for the first time, been activated and deployed in areas that might be the target for future Russian attacks. The size of these units is small, but they are large enough to provide a trip wire guaranteeing that NATO would fulfill its collective commitment in Article Five, which promises that the alliance will respond to an attack on any one of its members “by taking forthwith, individually and in concert with the other Parties, such action as it deems necessary, including the use of armed force.” A summit of NATO heads of state held on February 25 reaffirmed this commitment. At the same time, Finland and Sweden, both traditionally neutral states, are now taking part in the alliance’s consultations on the crisis. Neither state is likely to join NATO anytime soon, but their decision to cooperate with the alliance represents a conspicuous isolation of Russia on the continent, as well as a vote of confidence in NATO’s significance.

While international organizations like the EU and NATO can encourage and coordinate Europeans’ response to the Ukrainian crisis, the fundamental direction and lasting significance of this response will be determined within individual states, which are still the most powerful pieces on the European chessboard. Behind the current European consensus is a vast set of differences created by geography, history, and resources. It is obvious, for example, that Ireland, traditionally neutral and without effective military power, views the war differently than Poland, which has already reacted by increasing military spending and is edging toward more direct engagement on Ukraine’s behalf. The longer the war lasts and the higher the price for European action, the more likely it is that these differences will come to the surface.

Among the European states none is more significant than Germany, whose location, resources, and international standing make it the natural leader (or potential spoiler) of any European project. In addition to being an exemplary civilian state, Germany has a distinctive relationship with Russia. Since the 1970s, German foreign policy rested on what was called “Ostpolitik,” which sought influence through accommodation, hoping to procure Russian cooperation on political issues by establishing deep economic connections. In many ways, German unification in 1989–90 was the outcome—and the validation—of this policy. Under rather different auspices, Ostpolitik continued after the collapse of the Soviet Union, sustained by Germany’s increasing dependence on Russian fuel exports and other economic ties.

Even as an increasing number of Russian troops were deployed along Ukraine’s frontiers, the decades-long momentum of Ostpolitik continued to shape German policy. When other European states began supplying Ukraine with weapons, Germany promised five thousand helmets—a move that was widely ridiculed. All this changed on Sunday, February 27, when Chancellor Scholz delivered what will probably be the most important speech of his long political career. The Russian attack on Ukraine, Scholz told a special session of the German parliament, “marks a watershed in the history of our continent.” He went on to make clear Germany’s commitment to Ukraine, its willingness to supply weapons and support sanctions. (But not, as became clear on March 7, to ban all Russian gas and oil imports.)

Scholz also used the current crisis as the occasion to announce a new approach to German security policy: he promised to increase military spending to the 2 percent of GDP level set by NATO and to allocate the equivalent of two years’ military budget to make badly needed improvements in weapons and training. To transform a deeply embedded civilian culture will require more than a single speech or even a substantial reallocation of resources, but together with the other dramatic events of the past few weeks, Scholz’s change of direction is of great significance. We will have to see if the German public is ready and willing to pay for effective armed forces and, if necessary, to support putting them in harm’s way. Nevertheless, for the first time in half a century, Germany’s commitment to being a civilian state is open to question.

As the war in Ukraine continues without an end in sight, I am reminded of Hannah Arendt’s comment that “the practice of violence, like all action, changes the world, but the most probable change is to a more violent world.” Let us hope and pray that in the present case her grim assessment is wrong. But even if it is possible to avoid or at least contain a metastasis of international violence, we must recognize that in February 2022 the Ukrainian war seems to have brought Europe’s postwar era to an end. What kind of European states will emerge is by no means clear, but there is good reason to believe that a new chapter in the long, turbulent history of the relationship between states and war has begun.