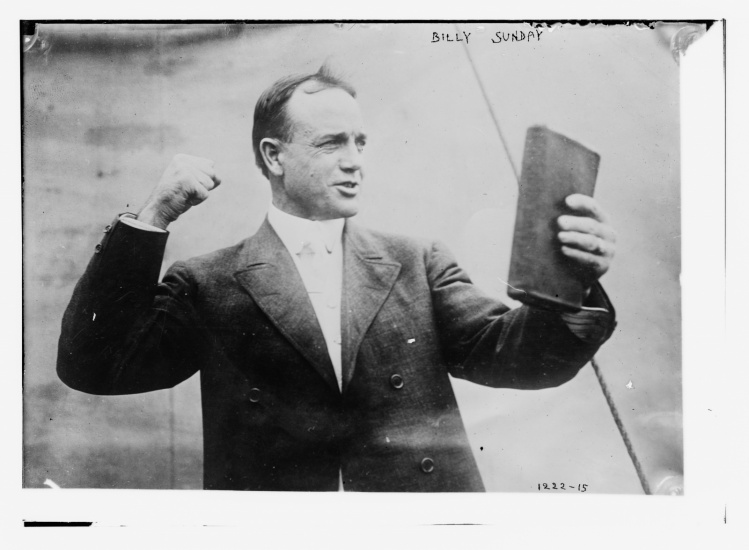 It is monumental, accounting for 350 years in 750 pages, populated with memorable characters, and exceedingly well written. Yet Frances FitzGerald’s The Evangelicals leaves the reader with only a partial view of the phenomenon she recounts with such breadth and brilliance.

Make no mistake: as one would expect from a Pulitzer Prize–winner and longtime student of American religion and politics, The Evangelicals is a page-turner, and a must-read. That is apparent from the start. In her opening chapters FitzGerald captures the energy that a new Evangelical theology of personal rebirth unleashed on the young nation, and the passion and proficiency with which folk preachers delivered that Gospel to the masses. Jonathan Edwards, George Whitefield, and other architects of America’s Great Awakenings make appearances, but FitzGerald is particularly fascinated with Charles Finney as representative of the charisma and pleas for personal accountability and common sense that drove (and would always drive) Evangelicals’ quest to shape America. “A tall, handsome man with a clear voice and blazing eyes,” she writes in one flourish, “Finney preached directly and dramatically [and] looked at people in the audience straight in the eye and addressed them as ‘you.’ His sentences were short and cogent, and his expressions colloquial.” In subsequent pages, FitzGerald measures how Finney’s successors—Dwight Moody, Billy Sunday, Billy Graham, and others—mastered his formula for touching souls and capturing the marketplace of popular religion.

Where a lesser popular historian might shy away from theology, FitzGerald steps up to trace the doctrinal and denominational nuances of the schism that rocked Protestantism in the early twentieth century. Without a hint of impatience, she charts the precepts that defined “liberals” and “conservatives,” and explains how the “two parties” subsequently “evolved along separate tracks.” The life of the mind matters to Evangelicals, and FitzGerald honors that by treating their ideas seriously. She also examines the development of Pentecostalism. By choice, FitzGerald only accounts for white Evangelicals, which means that the dynamic history of African American Christianity—including its Pentecostal variant—gets brushed aside. Still, her treatment of white Pentecostalism has its own dynamism. Her analysis of this “radical wing” of Evangelicalism, defined by its “distinctive doctrine that all the gifts of the Holy Spirit are as available to believers today as they were to the apostles at the time of Pentecost,” is layered with exegesis. And few characters shine as brightly in her narrative as Pentecostalism’s media barons—men like Pat Robertson and James Bakker. FitzGerald cannot help a playful poke here and there: Robertson’s “legal theory that all modern Supreme Court decisions were illegitimate” grabs her as “novel.” Bakker’s obsession with waterslides as symbolic of prosperity and the workings of the Holy Spirit is “off-centered and transgressive.” Yet the pokes remain playful, and are delivered with the light touch of a sympathetic biographer, not the hammer of a muckraking journalist out to expose everyone’s sin.

It is an enchantment with anointed authority, not democratic persuasion, that animates their politics.
sharetweet

The problem for FitzGerald’s book is one of scope and proportion. For all the depth of analysis that Evangelical theology and ministry receive in the first five chapters, the next twelve are consumed with politics. And whereas the first half of the book weaves together the faith and politics of a relatively diverse Evangelical movement through three hundred years of development, the second half focuses entirely on a forty-year span of activity by the Christian Right, bookended by the presidencies of Jimmy Carter and Donald Trump. FitzGerald  wisely insists that “the category ‘Evangelical’ is…not a political but a religious one.” Yet the imbalance of her narrative undermines this observation.

In fact, she would have been better off calling the book The Evangelical Right. Her treatment of that narrower topic is admirable. By guiding the reader beyond the Reagan Revolution that historians often pinpoint as a climax, she provides an expansive account of how, in subsequent years, Evangelical activists shifted their priorities and dealt with setbacks in hopes of sustaining power. During Bill Clinton’s 1990s, they did battle for objectives “so obvious,” in Christian Right leader James Dobson’s words, “that they require no elaboration, such as a ban on partial-birth abortion, the defense of traditional marriage, and opposition to any legislation that would add ‘sexual orientation’ to any civil rights law.” Dobson insisted conservative congressmen defend those propositions and threatened to quit the GOP if they did not. FitzGerald’s snapshot of a dinner at the Capital in 1998, at which Dobson’s wife broke into tears when a Republican congressman explained to her and guests that “the legislative process was complicated, and that obstacles…stood in the way of advancing his agenda,” poignantly highlights the idealism and naïveté that coursed through the ranks of crusading Evangelicals.

But they were undaunted, and secured their greatest victory with George W. Bush in 2000. “Before our strength was a question mark,” operative Paul Weyrich mused. “Now it’s an exclamation point.” Yet by 2004, Weyrich’s army was floundering due to internal dissension, not naïveté. FitzGerald details the “new new evangelicalism” of the 2000s, led by progressive ministers like Brian McLaren who “challenged many of the orthodoxies of evangelicalism from its methods of interpreting the Bible to its social and political conservatism.” Culture warriors, it seemed, were in trouble, a sentiment reinforced by the election of Barack Obama in 2008. The pundits’ declarations of the Christian Right’s death, however, were (yet again) premature. Obama’s support of same-sex marriage and the Affordable Care Act’s contraception mandate supplied them with new targets to rally against. Their rally culminated in 2016 with their overwhelming support for a rebel billionaire who wanted to shape America his way.

FitzGerald provides a few other noteworthy insights into recent Evangelical politicking. In her best chapter, she profiles the two intellectuals who justified that action on theological grounds: Francis Schaeffer and Rousas J. Rushdoony. Most readers will recognize Schaeffer as the man who, in the 1970s, framed a modern Evangelical worldview that opposed “secular humanism” in all its guises. Recent scholarship has painted Rushdoony as another father of the modern Christian Right, and FitzGerald does the same. Quietly, by advocating home schools and Old Testament law, Rushdoony “proposed that Christians...reconstruct the society based on a theonomy that would lead directly to the coming of Christ.” Too radical for Schaeffer’s mainstream, Rushdoony’s “Christian Reconstructionism” nevertheless filtered through the ranks, and still enjoys significant  authority in the movement. FitzGerald raises a second provocation: labeled populist in their politics, Evangelicals are (as Christian Right leaders have quipped) more like “monarchists at heart.” In their theology they look to a savior for salvation; in their politics, they gravitate toward strongmen who will “change America into the Christian nation it had once been.” It is an enchantment with anointed authority, not democratic persuasion, that animates their politics.

Evangelicals have their obsessions, journalists theirs, and in the end, FitzGerald succumbs to hers. In the 1980s she published a profile of Jerry Falwell’s home church in Lynchburg, Virginia. She folds some of that first-person observation into The Evangelicals, suggesting that she is most comfortable as a chronicler of fundamentalist-leaning, politically charged pastors, activists, agendas, and outcomes that animated the public sphere in the Reagan era. Back then she and fellow journalists struggled to understand who these Evangelicals were, where they came from, and what their intentions were. The press tended to reduce Evangelicalism to its political influence. The problem continues today. Lost in FitzGerald’s rendering of contemporary Evangelicalism is the view beyond the polls. Early in her text she paints with multihued strokes, accounting for her subjects’ political views but also their substantive theological debates, concerns with conveying messages of salvation to new frontiers, pains to raise godly families, and desires to function honorably in business as a beacon of hope to the world. The bulk of the book that follows assumes a monochromatic tone, with Washington always looming as Evangelicals’ chief prize. Yet today’s Evangelicals remain as interested in nonpolitical initiatives as their forebears. They still fret over conveying salvation and expend most of their energy trying to raise families and their profit margins without dishonoring God, and more than ever, they are laboring for humanitarian aid on foreign terrains. For many Evangelicals (Brian McLaren, Rick Warren, and others glimpsed in this book), the struggle to shape America has been folded into—or cordoned off from—a more pressing effort to shape the world.

But again, FitzGerald’s narrow lens is not without value. Her book is now the definitive study of the Christian Right. And by accident, perhaps, it is also a timely commentary on the current state of Evangelicalism itself, whose own elites and masses, intellectuals and activists, are reassessing the value of a label now so uniformly associated with one political tribe and its president. Is “Evangelical” a religious category, as FitzGerald insists, or now merely a political one, as her book implies?

Darren Dochuk is associate professor of history at the University of Notre Dame.