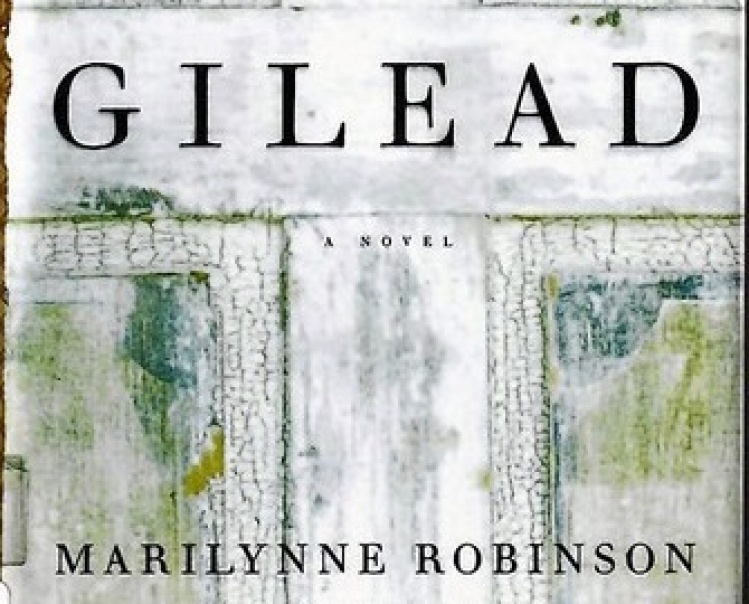 If the mouth and the tongue and lips of man become the instruments by which God and His truth and righteousness and glory are praised, and His Word is proclaimed, then, according to the Holy Scriptures, this is never a self-evident occurrence, or a success which man may attribute to himself. For first of all there has taken place at God’s hand the overcoming in relation to which the man who uses these instruments, and is himself the instrument, always stands as an awed spectator conscious of his own failure. — Karl Barth Church Dogmatics II.1, p 221

John Ames’s grandfather must be correct: without vision the people perish. But this vision itself needs careful tending. And the surest way – perhaps the only way – that such tending can occur is if the community is founded on forgiveness. That forgiveness is hard to come by.

I begin with Karl Barth here because Ames often mentions him, and Ames’s words recalled a passage I happened to remember from Barth’s Church Dogmatics.* Part of the beauty of Ames’s words to his son is his recognition of the fragility of his own advice. He writes to pass on a vision of a life lived in God’s love, but he knows too well that he often fails to live up to that love. In one of my favorite passges in the book, Ames writes,

This is an important thing, which I have told many people, and which my father told me, and which his father told him. When you encounter another person, when you have  dealings with anyone at all, it is as if a question is being put to you. So you must think, What is the Lord asking of me in this moment, in this situation? If you confront insult or antagonism, your first impulse will be to respond in kind. But if you think, as it were, This is an emissary sent from the Lord, and some benefit is intended for me, first of all the occasion to demonstrate my faithfulness, the chance to show that I do in some small degree participate in the grace that saved me, you are free to act otherwise than as circumstances would seem to dictate. You are free to act by your own lights. You are freed at the same time of the impulse to hate or resent that person. He would probably laugh at the thought that the Lord sent him to you for your benefit (and his), but that is the perfection of the disguise, his own ignorance of it.
I am reminded of this precious instruction by my own failure to live up to it recently.(124)

We might view Ames’s failure through the lens of two Biblical passages: Isaiah 6, where the seraph touches Isaiah’s lips with the coal and Luke 15, where Jesus tells the parable of the Prodigal Son (or perhaps more accurately, the Prodigal Father).  I think it’s fair to say that Ames first came to recognize his own vocation when he and his father were helping to tear down a Baptist church that had been struck by lightening. Isaiah said to the Lord, “Here I am” after his lips were touched with a hot coal; Ames offers himself to the Lord after his father offers him a burnt biscuit.

My father brought me some biscuit that had soot on it from his hands. “Never mind,” he said, “there’s nothing cleaner than ash.” But it affected the taste of that biscuit, which I thought might resemble the bread of affliction, which was often mentioned in those days, though it’s rather forgotten now.  (95)

He then goes on to say, “It’s not surprising that I remember that day as if my father had given me communion, taking that bread from his side and breaking it for me with his ashy hands” (103).

We saw last time that Ames gives communion to his own son, but Ames can’t quite be in communion with his namesake Jack Boughton. Although Ames’s memory connects him to his father and grandfather, to his deceased wife and deceased daughter, Ames worries that there is a tension between remembering and forgiving.

This came to my mind because remembering and forgiving can be contrary things. No doubt they usually are. It is not for me to forgive Jack Boughton. Any harm he did to me personally was indirect, and really very minor. Or say at least that harm to me was probably never a primary object in any of the things he got up to. That one man should lose his child and the next man should squander his fatherhood as if it were nothing — well, that doesn’t mean the second man has transgressed against the first.
I don’t forgive him. I wouldn’t know where to begin. (164)

“I don’t forgive him.” These might be the saddest words in the novel. Jack is the son who was dead and is now alive. He was lost and is now found. At least it seems that way to this point. Ames, though, can’t quite bring himself to forgive him. He knows that God does. “Let me say first of all that the grace of God is sufficient to any transgression, and that to judge is wrong, the origin and essence of much error and cruelty. I am aware of these things, as I hope you are also” (155). Furthermore Ames knows that as a pastor, as a Christian, and as a father, he ought to forgive Jack Boughton. After writing about a sermon he was going to give about the Prodigal Son, Ames writes,

“I believe it concludes quite effectively. It says Jesus puts His hearer in the role of the father, of the one who forgives. Because if we are, so to speak, the debtor, (and of course we are that, too), that suggests no graciousness in us. And grace is the great gift. So to be forgiven is only half the gift. The other half is that we also can forgive, restore, and liberate, and therefore we can feel the will of God enacted through us, which is the great restoration of ourselves to ourselves.” (161)

We can only restore ourselves to ourselves through the grace of God, but we must let that grace work through us. Near the end of the section, Ames relates a meeting he had with Jack Boughton.

He said, “I can’t tell you how sorry I am,” and he said it convincingly.
There I was, wiping tears off my face with my sleeve, just the way you do it. It was embarassing, believe me. He said something that sounded like “Forgive me,” and he went away.
Now what? My present thought is that I will write him a letter. I have no idea what it will say. (173)

I began with Barth. Let me give the last word to Calvin. In his commentary on Isaiah 6, Calvin writes,

I saw the Lord. It is asked, How could Isaiah see God who is a Spirit (John iv. 24) and, therefore, cannot be seen with bodily eyes? Nay, more, since the understandings of men cannot rise to his boundless height, how can he be seen in visible shape? But we ought to be aware that, when God exhibited himself to the view of the Fathers, he never appeared such as he actually is, but such as the capacity of men could receive. Though men may be said to creep on the ground, or at least dwell far below the heavens, there is no absurdity in supposing that God comes down to them in such a manner as to cause some kind of mirror to reflect the rays of his glory.

*Please read Anthony Domestico’s excellent article on Robinson in the most recent Commonweal. My comments here are inspired by the article and by conversations Tony and I have had about Robinson for the last couple of years.